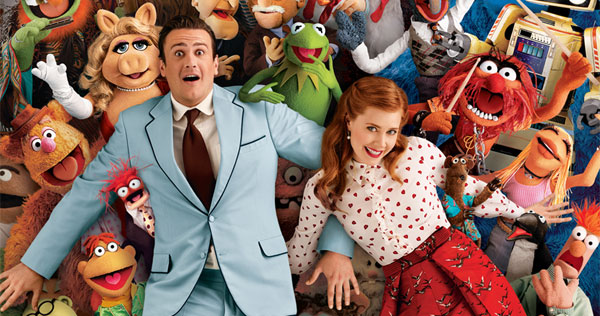 The Muppets is the ninth theatrical adventure for Jim Henson’s ever popular puppet family. James Bobin’s film acts as a continuation to the original Muppet Show (which ran from 1976-81), ignoring the previous cinematic ventures. In this 2011 update we see the world’s biggest muppet fan (who’s also a puppet) and his brother (Jason Segel) and friend (Amy Adams) attempt to save The Muppet Studio after an oil-hungry businessman (Chris Cooper) plans to destroy it. It’s time to play the music, It’s time to light the lights…

Despite always being more of a Fraggle Rock fan, I cannot deny that The Muppets manages to be a refreshing cinematic experience. We live in an age when almost all mainstream kids films are heavily reliant on computer animation, special effects or 3D technology. For me, the lack of these things gave The Muppets a charming nostalgic feel. You will struggle to contain yourself grinning like an idiot, in the old school MGM-inspired musical number, ‘Life’s A Happy Song‘ – where literally every passing character is brought into this wonderfully elaborate sequence.

The Muppets is chock-full of moments like these, that simply make you smile. The humour is entirely self-reflective, especially focusing on the dwindling careers of the Muppets since the show has been cancelled – from  Fozzie Bear acting as a struggling stand-up in a Muppets tribute group to Animal staying at an anger management clinic. This self-reflective humour is also used to get round several plot constraints, most noticeably how the characters notice that it is far quicker to ‘travel by map’ than showing a travel sequence. 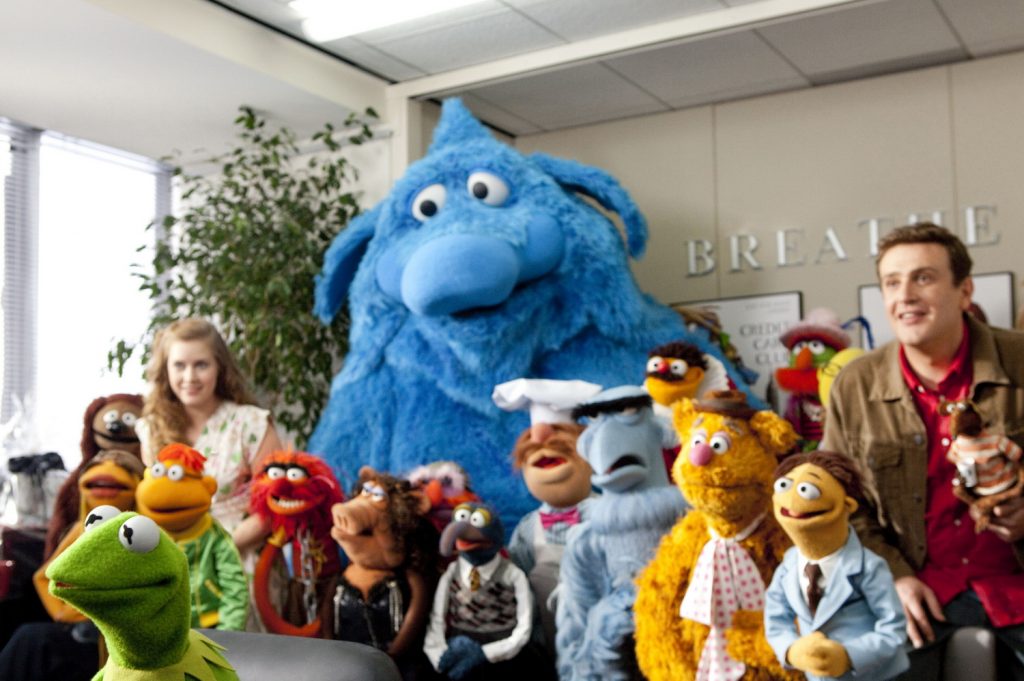 Unfortunately, The Muppets may be fun, but the film never truly picks up or builds any momentum, even towards the end of the film when the characters run a telethon in order to raise $10m to save their studios, it all just feels a little bit flat. Given, the one-hour forty-minutes run time, the pacing does feel uneven. The same can also be said by the human characters played by Jason Segel and Amy Adams – the two never get the opportunity to shine and can feel two-dimensional. Both stars do eventually get their own musical numbers – Amy Adam’s entertaining ‘Me Party‘ and Segel’s ‘Man Or Muppet‘, both scribed by Flight Of he Conchord’s Bret McKenzie. Even Chris Cooper gets a rather uncomfortable rap sequence to declare how evil he is – that was certainly unexpected.

However, these issues do not cause too many problems – people will go to The Muppets, wanting to see Muppets and the characters are certainly on good form. There are some fun moments that come from the muppets telethon sequence, where we see each character host their own small segments from Camilla the Chicken’s cover of Cee Lo Green’s Forget You to Kermit & Miss Piggy singing Rainbow Connection (from the 1979 Muppet Movie).

It’s far from perfect but The Muppets is mostly likely the most fun you’ve had in the cinema for a long time. Its a wonderful excuse to see all the characters back doing what they do best, sure to leave you grinning to yourself like a mental patient.

The Muppets gets its UK release on Friday the 9th of February.