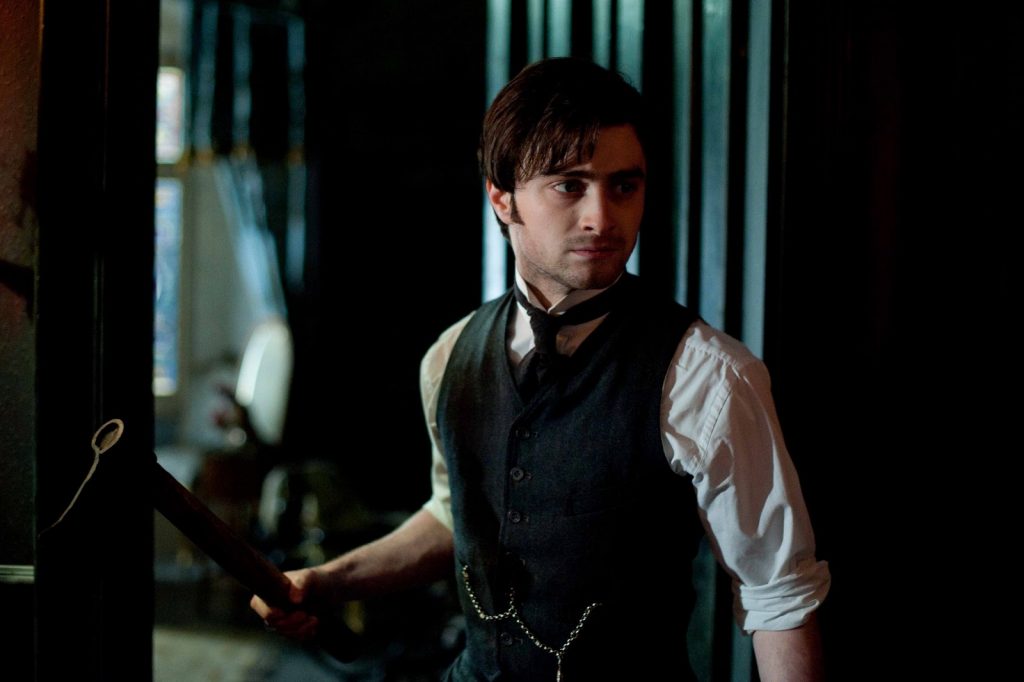 I should have learnt my lesson with the modern Hammer Films – I get incredibly excited for their productions (mainly Let Me In and The Resident) and after seeing them, feel incredibly let down –  the only one breaking this exception is low-budget Brit chiller, Wake Wood. With The Woman in Black, Hammer have attempted a return to the Gothic horror through an adaptation of Susan Hill’s 1983 novel of the same title. It may be one of Hammer’s best projects since reviving but it is by no means a successful film.

James Watkin’s Edwardian-set picture sees Daniel Radcliffe as a young, recently widowed solicitor who travels to a remote village to settle the estate of one of his firms clients. However, the locals are terrorized by the vengeful ghost of a mysterious woman in black who is taking the villages’ children.
Watkin’s successfully manages to summon the atmosphere of classic Hammer through foggy British towns, unwelcoming locals, a haunted mansion and a general sense of the macabre. These elements alone immediately strike parallels with the likes of Dracula: Prince of Darkness and Fear In The Night – a fusion of Hammer’s iconic Gothic atmosphere with its elements of psychological horror. 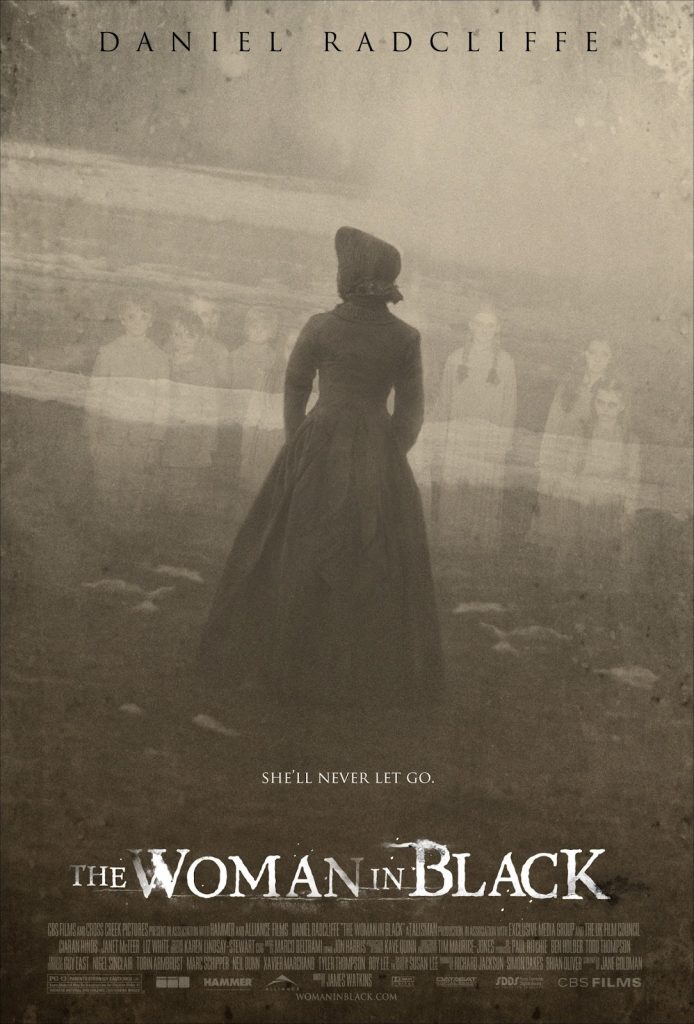 Given the wonderful production values, its sad that Hammer lets down with a plain stodgy narrative. The concept of a Gothic ghost story is a refreshing change to the horror we have come to expect in the 21st Century but unfortunately its rather poorly handled. The events of The Woman in Black simply feel like a string of ‘attempted’ scare sequences connected by a loose ham-fisted plot. This plot manages to tick all haunted house/ghost story clichés imaginable – from creaking floor boards and doors to sinister looking antique toys. Of course, I know that its inevitable that you would hit some clichés when making a ghost story and The Woman in Black does provides on creepy atmosphere, but delivers no real scares (maybe a case of the distributors wishing to cater to the PG-13/12 market? ). The occasional jumps just feel rather old-hat, they have been done before.

When The Woman in Black strives into more original territory it is far more successful. In one scene in particular, where Radcliffe’s character attempts to find a body in the mud-filled marshes of the estate. This moment felt fresh and Watkin’s directs with a sense of tension and brooding atmosphere. For me this scene was an example of how the film could have been more successful had it toned down some of the overdone haunted house scares and strived for some more original moments.
This is also a rather unfortunate post-Potter debut for Daniel Radcliffe who feels utterly miscast in the role. He does show a fair range and I would not even call his performance bad, more so just a case of the role not being right for him.  However, Ciarán Hinds is on hand for a rather excellent supporting turn as a skeptic who befriends Radcliffe’s character. Hinds manages to turn what could have been a relatively forgettable supporting role into one of the most interesting elements of the film.
Overall, The Woman in Black delivers on atmosphere and classic Hammer visuals but is unfortunately ruined by a stodgy narrative, clichéd scares and miscasting. It is one of modern Hammer’s more successful features, but that does not really say much.
Rating: 2/5