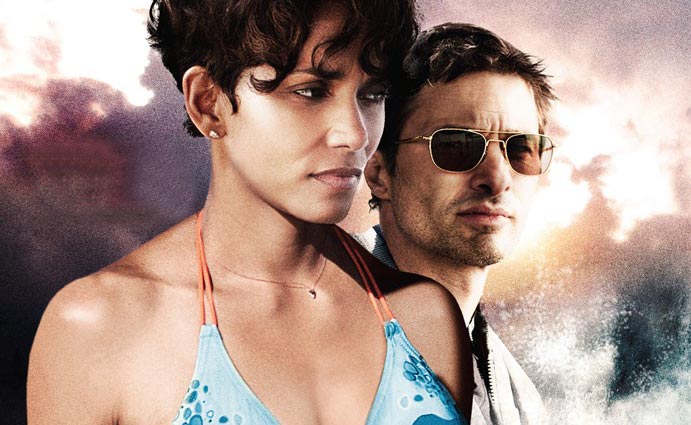 Has anyone seen Halle Berry recently? Last time I saw her she was out redefining the superhero genre with her awe-inspiring turn in Catwoman. Not to fear though, she’s back and is now set to redefine the errr… shark film. Halle has teamed up with underwater film aficionado, John Stockwell – the man who brought us Blue Crush and Into The Blue (You know the one that was just an excuse for us all to perv over Paul Walker and Jessica Alba in swimwear). This team up, entitled Dark Tide sees a diver (Halle Berry) returning to the waters, nine years after a near fatal encounter with a great white shark . This surprise decision is spurred by the return of her former partner and boyfriend (Olivier Martinez), who convinces her to face her demons.

After the sheer rubbish, Shark Night 3D, (it wasn’t even a fun in a gory B-Movie Piranha 3D style) I’m craving an entertainingly bad Shark film and Dark Tide looks set to fit the bill. Everything about the film looks cheap and like it has been lifted from a B-Movie. Maybe the it’s simply the script for Jaws 5 that was shelved after they realised they could never top the iconic Jaws: The Revenge?

Of course there is more to Dark Tide than B-Movie shark frolics – it’s also a rare example of ‘the couple film’. Olivier Martinez and Halle Berry are rumored to be engaged and have therefore brought Dark Tide into the very select couple film category. Other entrants into this category include: Alec Baldwin and Kim Basinger in The Getaway, Goldie Hawn and Kurt Russell in Overboard, Tom Cruise and Nicole Kidman in Eyes Wide Shut and who could forget Ben Affleck and Jennifer Lopez in Gigli – and we all know how these loved-up collaborations turned out.

I’m eagerly awaiting Dark Tide, B-Movie style shark-shocks combined with another Razzie-tastic performance from Halle Berry. And of course there will be no objections to Martinez and Berry running around in swimwear.

Shark Night.. Night Shark… Dark Shark… Shark Tide., no, Dark Tide (like it actually matters) will be with us at some point mid-2012 and is set to flop at a cinema near you. Below you will find the trailer for your visual awe.