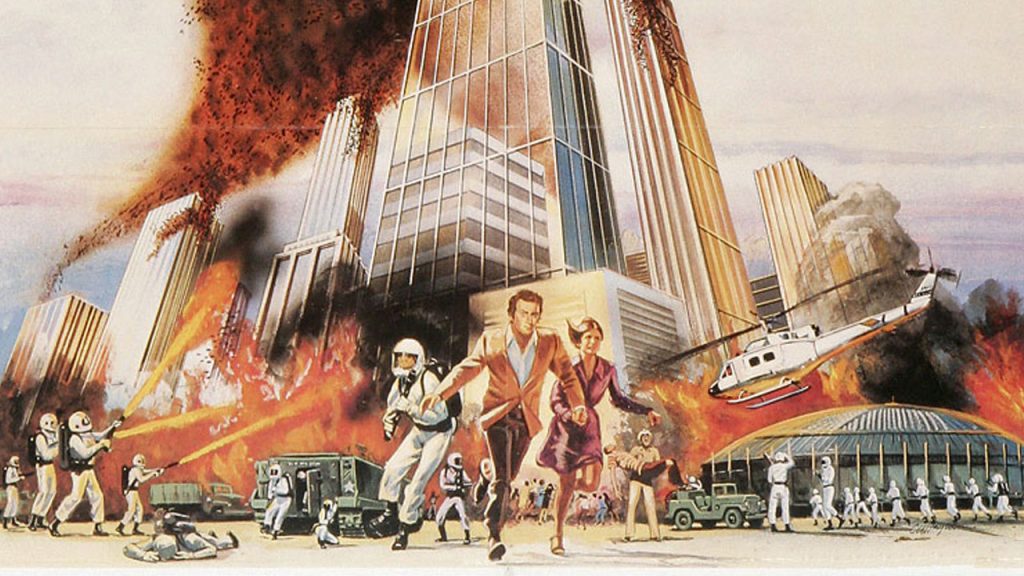 The end of the 1970s was a bad time for disaster movies – regardless of the star power, they all simply seemed to flop. From meteors in… well Meteor (starring Sean Connery and Natalie Wood) to avalanches in… Avalanche (starring Mia Farrow and Rock Husdon) or even volcanoes or epic fires in the likes of When Time Ran Out or City On Fire – if it fit the bill of a disaster movie, people did not see it. However, there are some wonderful films out there that have been forgotten – including all those mentioned above and my personal favourite, The Swarm.

The Swarm follows military and scientific advisers as they try and cope with an attack from deadly African bees. Widespread panic soon follows and brash military response is considered but this could change the very balance of nature on the planet. Like most 1970s disaster pictures, The Swarm has a stellar cast including Michael Caine, Henry Fonda (who starred in nearly every disaster film made during this period), Richard Chamberlain, Katharine Ross, Richard Widmark and Olivia De Havilland. It was helmed by ‘the master of disaster’, Irwin Allen who also brought us such films as The Poseidon Adventure (and it’s lesser appreciated sequel) and The Towering Inferno.

Unfortunately, The Swarm is overlooked and not given the credit that it deserves, maybe it does not have the tightest script or most original plot but it is one of the most interesting disaster films – purely be combining the genre with the horror film. Allen uses some chilling imagery like in one sequence where a young boy watches his parents lie dying coated in thousands of bees (although things do soon take a turn for the unintentionally comic when this boy drives his parents away screaming). These extreme horror-styled visuals (probably worse for me because I hate bees) in the disaster film format makes for a tense watch.

It’s also superbly acted, given the outlandish nature of the film – these cinematic icons manage to convince throughout. Olivia De Havilland shines in the supporting role of a school headmistress trying to cope with the crisis – she truly gives her all to the performance, it is stirring to watch. She also perfected the ‘scream moan’ through this ‘think of the children!’ type character, where instead of helping the children she looks at the window and moans in horror. Amazing. Also rather brilliant is Richard Widmark, who steps into the role of the brash military general that essentially wants to kill anything that moves.
The Swarm may be slightly too long at 156 minutes but it’s an interesting one. Bees are scary, there’s no denying that – millions of angry African bees are terrifying *Moans in horror, Olivia De Havilland style*. It’s an interesting one and the least conventional of most of the 70s disaster flicks that is worth picking up.