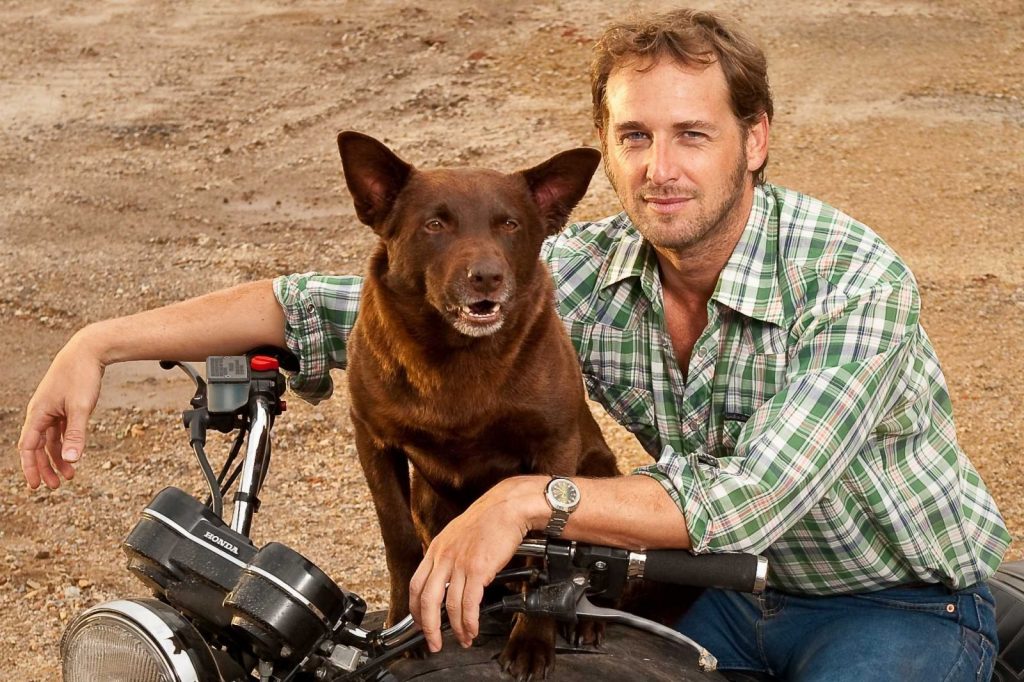 Currently taking it’s native Australia by storm (dominating the 2011 Inside Film Awards), Red Dog, follows one dog and explores how he touched the hearts of a small Australian mining community. Kriv Stenders’ directorial debut is based on a real life Australian legend recorded in British author, Louis de Bernières’ novel of the same name.

Stenders directs Red Dog with a quirky, unconventional style, looking back on 1970s Australia with a sense of nostalgia and fondness (with the help of a seventies soft-rock soundtrack). The Australian landscape is used to full effect and looks breathtaking, whilst Stenders also uses it to capture the isolation of the little outback mining town of Dampier. Constructed through a series of flashbacks, Red Dog tells of how each resident was affected by the dog and how he found his true master, John (Josh Lucas). For someone who is not a huge animal lover, Red Dog does straddle the line between heart-warming and just plain sappy. There are some incredibly cheese-filled moments including inspiring speeches and frequent tributes to the dog which can become slightly tiresome. We’ve even got a sequence where Red Dog managed to get to Japan (don’t ask), where he wanders round the rainy country searching for his master. Sometimes, you just need to embrace this cheesiness and you might be quite moved by the many sequences of the silhouetted dog running through the sunny Australian outback. 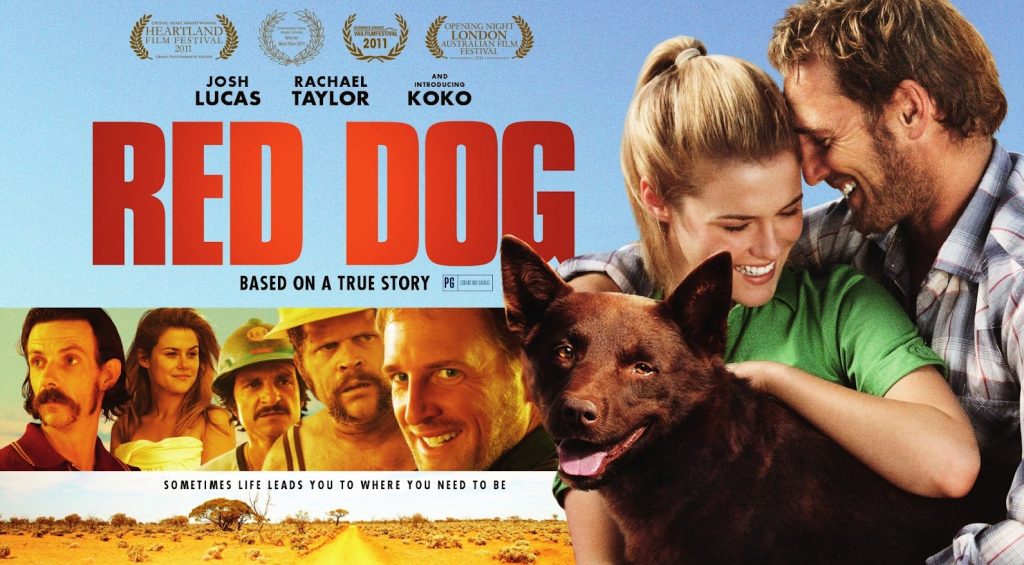 Red Dog is told with a distinct humorous style and manages to be naturally fun, never appearing to try too hard. An extremely charismatic and fun cast make the most of these larger than life characters, in particular John Batchelor as a character called Peeto – a butch miner who hides a dark secret – he loves to knit. This is exposed in one of the films quirkier and more amusing sequences. This natural cast is lead by American star, Josh Lucas, who slips into his role of John, Red Dog’s master, with ease. Whilst they are entertaining, the Australian characters do feel stereotyped as typical ‘working class Aussies’ through their beer drinking antics, burping and shouting- no great effort being made to dispel this stereotype, only encourage it.

Red Dog is the star of the film (as the title would suggest), played by Koko, one of the most talented dogs in cinema. It sounds ridiculous to say, but this kelpie manages to convincingly convey emotion and feel like a fully developed character. In order to do this, Stenders occasionally shoots the film from Red Dog’s perspective, looking up at the human faces and seeing the world through his eyes.

If you can cope with the cheesiness and allow yourself to be drawn in by Red Dog, it is a fairly entertaining and well crafted comedy-drama. Stenders’ film has a wonderful home grown Australian feel, filled with seventies nostalgia. Despite the clichéd working class miner stereotypes, the human cast managed to amuse and convince, although the real star is Koko the dog.