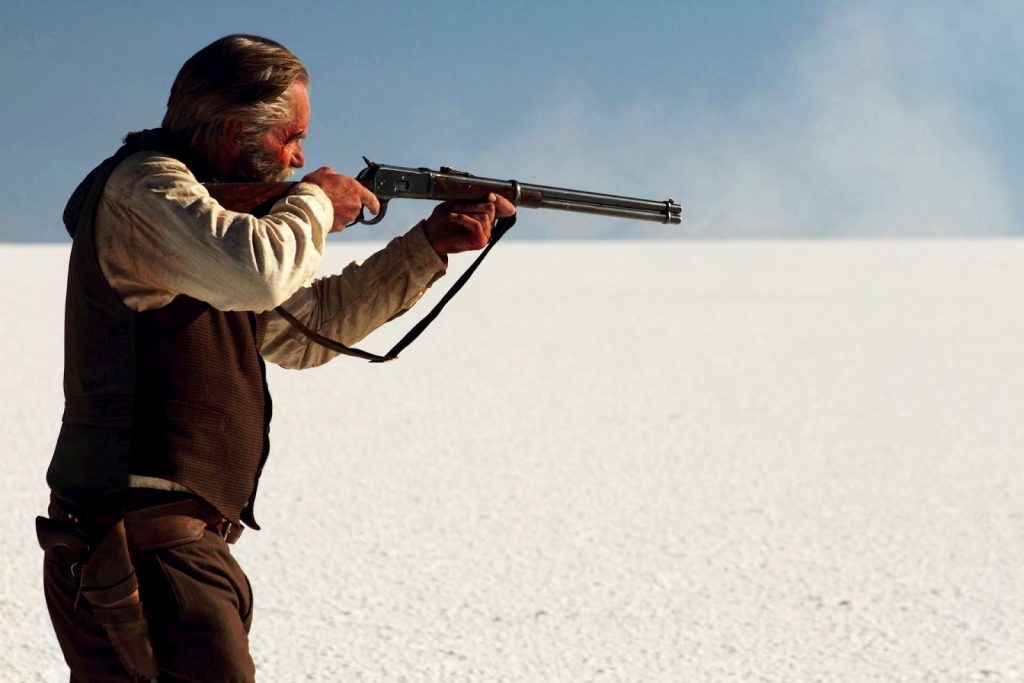 Mateo Gil’s western, Blackthorn, follows Butch Cassidy, living out his later years in an isolated Bolivian village after being presumed dead in a stand-off with the country’s military. Becoming tired of this quiet life, he aims to return to the US and spend his remaining years with his family – however, these plans are put on hold as Butch aids in a Spanish criminal’s escape from the mine owners he stole from. American character actor, Sam Shepard steps into the role of the veteran outlaw and is joined by The Devil’s Backbone star, Eduardo Noriega.
The concept of giving the iconic outlaw, Butch Cassidy, one final adventure is an intriguing one and it is handled particularly well in Blackthorn. This is a western focussed equally on brooding atmosphere and character development, as well as the traditional grit and gunfire that you would expect from the genre. Gil’s film has a dark sense of melancholia running through it – seeing Butch literally pushed to the edge, on this journey is at some points difficult to watch. Gil also makes time to show the outlaw in his youthful prime, through a series of effective flashbacks, acting as a contrast to the wiser present-time Butch.
Gil also makes striking use of the beautiful Bolivian setting, where near every outdoor shot is like a love-letter to the country. It’s also a nice change from the traditional US or Australian set-western that we are so used to seeing .
Like any good western, there is a fair chunk of gritty action in the form of frequent shoot-outs and horse-chases. Miguel Barros’ script does not over-rely on these elements and the film carries itself equally well at more subdued points, still managing to grip. Barros’ has written understated and believable characters, each pushed to different limits. Obviously this could not have been done without Blackthorn’s three main players: Sam Shepard, Eduardo Noriega and Stephen Rea. 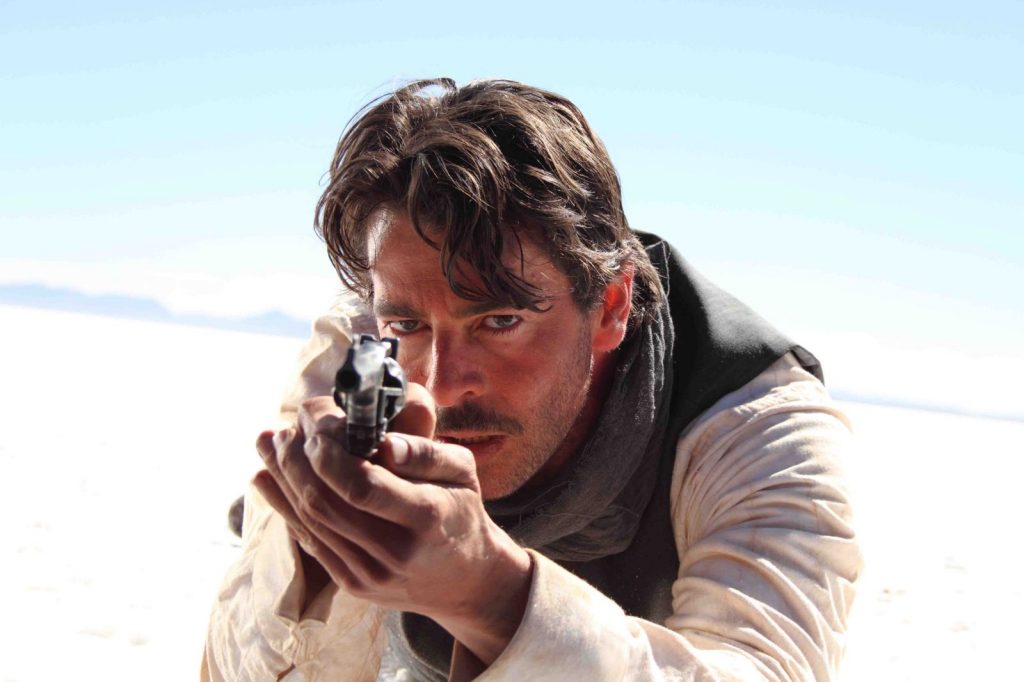 Shepard’s performance feels effortless, shining in heavier dramatic moments but also managing to show a more light-hearted side to the character – mainly one sequence which sees him bouncing about on a mule, belting out old country tune, Sam Hall. Shepard delivers each line with a gravelly, gravitas and is utterly convincing, as far as I’m concerned, Shepard is Butch Cassidy. Spanish actor, Eduardo Noriega also leaves a lasting impact in Blackthorn as the likeable young criminal with a dark secret. The pair have strong on-screen chemistry and the wordplay between the two makes for a fun dynamic.

Barros’ also adds a further interesting dynamic by featuring a former-Sheriff meeting up with Cassidy, the outlaw that he devoted years of his life attempting to apprehend. We are originally introduced to this character, McKinley (played by the excellent Stephen Rea), in a flashback – a smart, ambitious man, however, in present-time he is a shell of his former self, his failure has haunted him throughout his life. These scenes with Rea are an interesting look at the Butch Cassidy story from the perspective of the law, a side that is rarely explored in the iconic tale.

Mateo Gil’s Blackthorn is a brooding, well-developed, character driven western; boasting truly stellar performances from Shepard, Noriega and Rea. The well-written and original take on the later life of the iconic outlaw, helps Blackthorn stand out as one of the strongest westerns in recent years.