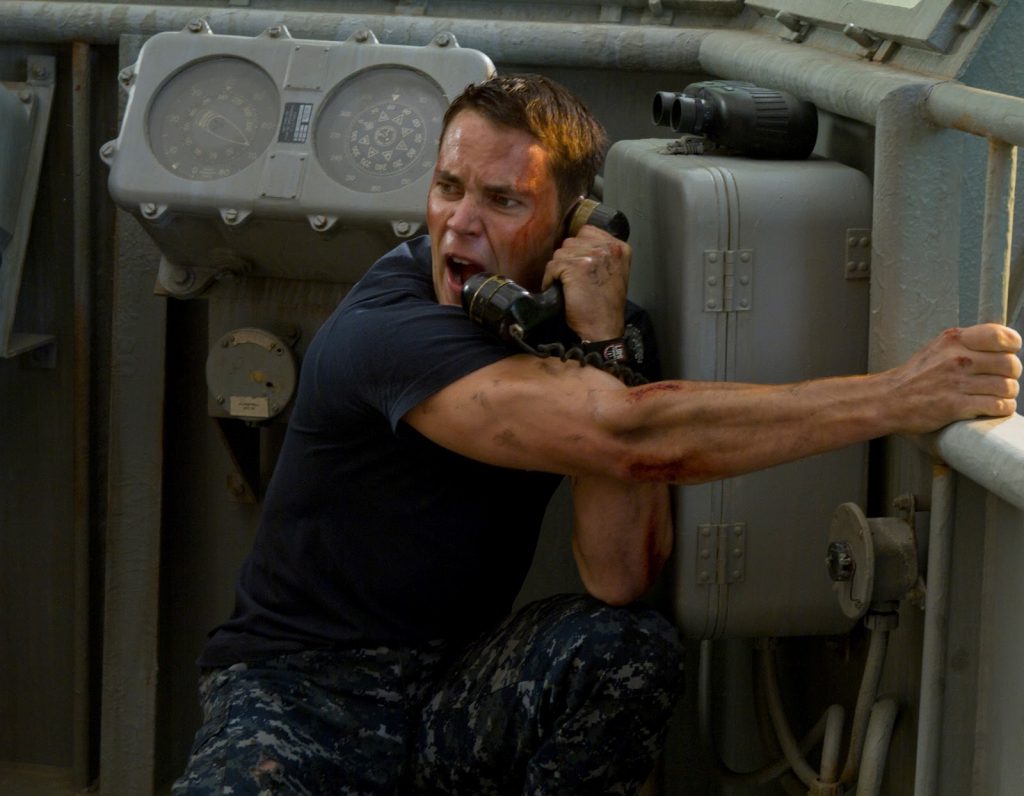 I remember when films used to be based on books, plays, other films or God forbid, an original script. But now we live in an age where everything is commercial and brimming with cinematic potential – this includes toys and board games. After Michael Bay got his hands on the Transformers series it was no surprise to see that other directors set out to take other toys to the big screen – with this being the case for Peter Berg’s Battleship. This is possibly the loudest, brashest, most in-your-face picture in recent years, but it is strangely enjoyable.

Battleship follows a fleat of naval ships who encounter an alien armada, which proceeds to attack them. Alex Hopper (Taylor Kitsch) finds himself in the role of Captain after the attack and sets out with his remaining crew to destroy this extraterrestrial threat.

Berg has essentially presented us with a two hour advert for the Armed forces. In the world of Battleship, nothing is more important than defending your country and fighting for freedom – que bucket loads of American patriotism from appearances from Hawaiian shirt-clad war veterans to the ever-predictable motivational dialogue. Of course, it can simply be seen as reflection of right wing xenophobia, we are never told why these aliens are here and no effort is made to negotiate, with the only response being “kill them!” At these points, Battleship feels like it was directed by a steroid addicted Uncle Sam. 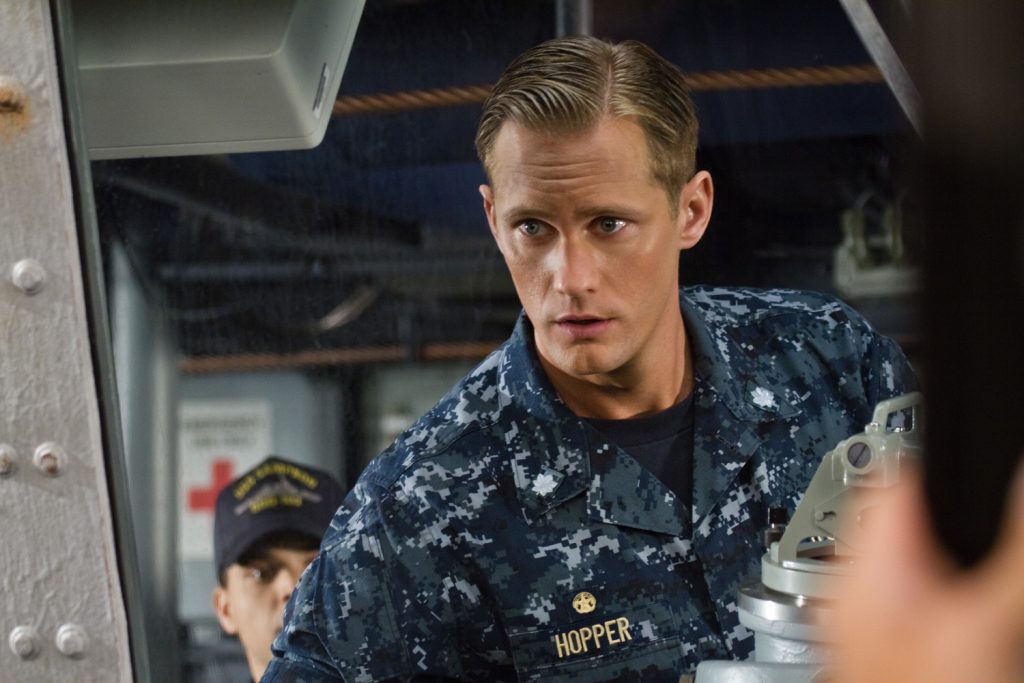 Given the huge emphasis on action set pieces, it is no surprise that the narrative suffers. There are no qualms that this is simply a loose story tying to together a number of fairly impressive battle sequences. Do not expect any complex characterization or moral dilemmas – this is brash machismo nonsense and essentially a battle to see who has the biggest weapon (our bet is on Skarsgard). On paper, non-stop action and expensive looking battles should be quite gripping, but at a rather bloated 131 minutes, it can become slightly grating – for the most part it stays rather watchable, you cannot help but get sucked in when Berg blasts AC/DC to a scene of old men sailing around in a battleship (or am I just easily amused?).

With a budget of $200 million, you can expect some glossy action scenes which are all well handled by Berg. However, Battleship does lack any distinctive style and at points feels like any other mass-produced blockbuster. Obviously since this is based on Hasbro’s Battleship – there is a little segment where this is explicitly featured. If you can suppress your giggles at the concept, it is actually featured rather well – never becoming silly or out of place and serving as quite a tense scene.

Taylor Kitsch is highly capable in the lead role of Alex Hopper, a slacker turned naval captain. Kitsch brings a sense of charm and likeability to a role that could quite simply be incredibly annoying. He is also unbelievably handsome too (insert ship related sexual pun). Alexander Skarsgard also features, as Alex’s also unbelievably handsome brother – this is a far smaller role than was expected, but Skarsgrad shines in his limited screen-time.  Playing the token older Admiral we have Liam Neeson, Neeson does what he does best bringing a believable sense of authority to the role, it is just a pity he was unable to bring a convincing American accent. Fans of Mel Brooks cult masterpiece, Dracula: Dead and Loving It will be pleased to see Peter Macnicol feature as the Secretary of Defence, it is a small role but it did bring back memories of him screaming “Maaaaster!” Rihanna also features, but the less said about that, the better.

I did not expect to enjoy Battleship and there is a lot that is wrong with it, but Peter Berg has somehow managed to make this a reasonably enjoyable testosterone fueled action extravaganza. It’s loud, brash and incredibly commercial but quite a fun romp at the same time.