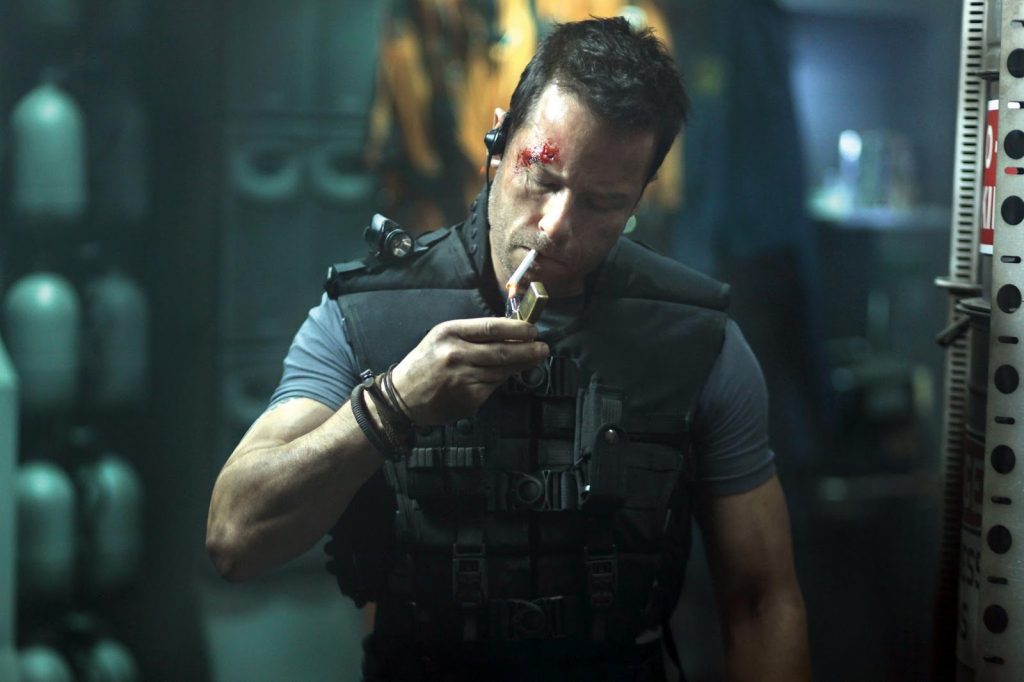 Several years ago there was a lot of talk about John Carpenter and Kurt Russell re-teaming for a follow-up to Escape From New York and it’s sequel Escape From LA, imaginatively titled Escape From Earth where Snake Plissken would be sent into space. For some reason this never happened, but there is still reason to celebrate as Luc Besson has presented us with an incredibly similar concept to this third script, entitled Lockout.

Of course, the film bears no connection to Carpenter’s, apart from a slightly similar story line. Lockout, set in 2076, follows wrongfully accused former CIA agent, Snow (Guy Pearce) given a chance to redeem himself by rescuing the President’s daughter, Emilie (Maggie Grace). There is a catch however, Emilie is being held hostage  by a host of psychotic convicts, in a space based maximum security penal colony.

As noted through the close parallels to Carpenters’ work, Lockout is a highly enjoyable homage to the sci-fi B-movies of the 1970s and 80s. Given these closes parallels, the plot may not feel like the most original in recent years, but directors James Mather and Stephen St. Leger’s film makes up for this. The pair have given us a welcome return to the classic action-packed sci-fi of the past. Lockout has a particularly gritty feel reminiscent of that of Alien and Dark Star and the pairs’ stylish direction allows for non-stop tension and thrills. 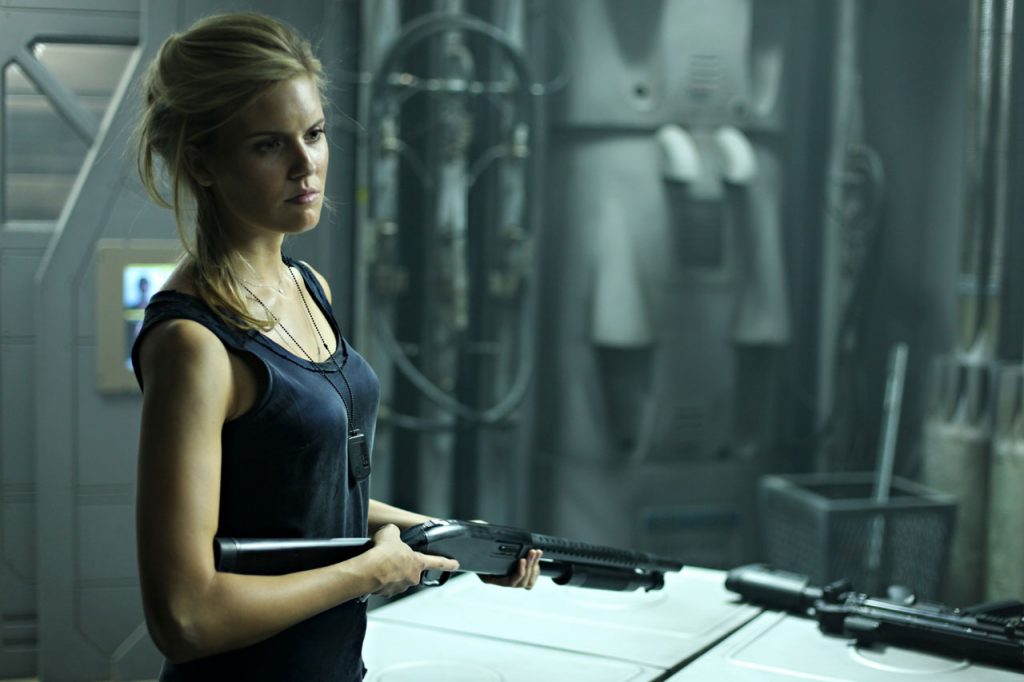 Unfortunately the script does feature a book-ended conspiracy subplot involving a murder and a mysterious hidden briefcase, which feels a little hammy and cliched. These scenes based on Earth also look significantly cheaper than the space-based scenes – most notably a tacky looking speed racer chase through the city which almost feels like a cartoon. However, as the focus shifts to rescue of the President’s daughter, this subplot becomes less crucial and setting becomes more convincing. This simple aim allows for the directors to present us with an array or original and well-crafted action sequences in the penal colony (somewhat similar to that of Alien 3) from tense high speed pursuits to bone-crunching fight sequences.

The main joy of Lockout comes from Guy Pearce’s pitch perfect performance as Snow. Pearce is the definition of cool as the handsome anti-hero with a barrage of well timed one-liners. Lockout also serves as a reminder as to why Pearce (looking terrific for his age) should be in leading roles and not be relegated to smaller forgettable supporting roles. The star has wonderful chemistry with Maggie Grace who manages to bring depth and intelligence to the role of Emilie. Swedish character actor, Peter Stormare also appears as the manipulative, scene-stealing Secret Service Chief.

Lockout is a very self aware film – this attempts to be nothing else than a fun, entertaining, nostalgia filled sci-fi thriller. It may require very little brainpower but still proves to be a thoroughly entertaining ride and trip back to a time when the genre did not need thousands of naked blue aliens to be exciting. Guy Pearce is outstanding as Snow, dominating the screen as the hugely entertaining anti-hero.