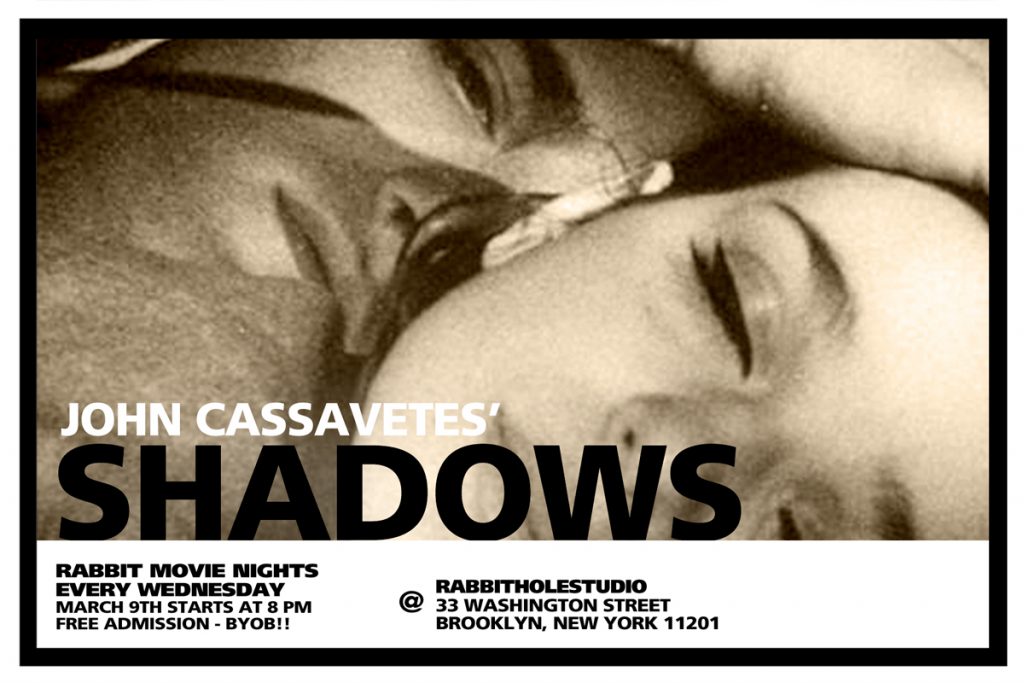 It is excellent news that the BFI have decided to restore John Cassavetes seminal 1959 classic, Shadows. The film which is largely improvised follows the relationships of a mixed-race family in 1950s New York at the centre of the beat generation. Hugh, the oldest brother of the family is a struggling musician, held back by the prejudiced attitudes of the time, his only support is his agent and best-friend, Rupert. Meanwhile, Hugh’s little sister, Lelia enters into a relationship with an Italian -America who upon finding out that she is mixed-race, gets up and runs.


Shadows is often regarded as one of the first pieces of American independent cinema, being made with a cast and crew of largely amateurs and breaking the traditional model of the Hollywood studio system.

Given that a large part of Shadows is improvised, it feels incredibly natural and absorbing. Cassavetes almost directs with a fly-on-the-wall type style, as we watch the characters’ evolving relationships and tensions mount. These issues are wonderfully crafted by Cassavetes who manages to get realistic and utterly convincing performances from the cast. The improvised dialogue also cements this raw and genuine feeling, although most of us were not around in 1950s New York, this feels like a gripping snapshot as to what life then was like.
Shadows can be difficult to watch at points, mainly one scene where Hugh performs at a nightclub in downtown New York. The largely white audience sit quietly listening to the previous performer but as the black Hugh begins singing, the audience turn away and chat amongst themselves. The night club manager sends on a troupe of dancing girls as Hugh is moved off stage. This glimpse at racial prejudices is incredibly hard hitting, with Hugh Hird excelling in the scene.

Possibly the most striking and exciting aspects of Cassavetes work is that he does not seek resolution. The director simply tells the story as it is, with Shadows serving as more of a mediation than a quick moral message. It is a refreshing change from the traditional model of filmmaking that requires everything to perfectly resolved or fixed.

The film also comes equipped with a swinging Jazz-infused score which truly transports us to the beat era, particularly in the opening sequence. We are taken to a packed club, where jazz musicians improvise and crowds of people dance. Here Shadows captures the beat subculture in a similar manner to the work of Jack Kerouac and makes for fascinating viewing.

Shadows is gripping as both a cinematic experiment and as a look at the early years of independent cinema. Cassavetes creates a tale that emotionally connects, feeling raw and genuine at the same time refreshing, by never providing a faux-resolution. The sizzling jazz score and realism transport us to 1950s New York and give us a captivating look at mixed-race life and the beat generation.