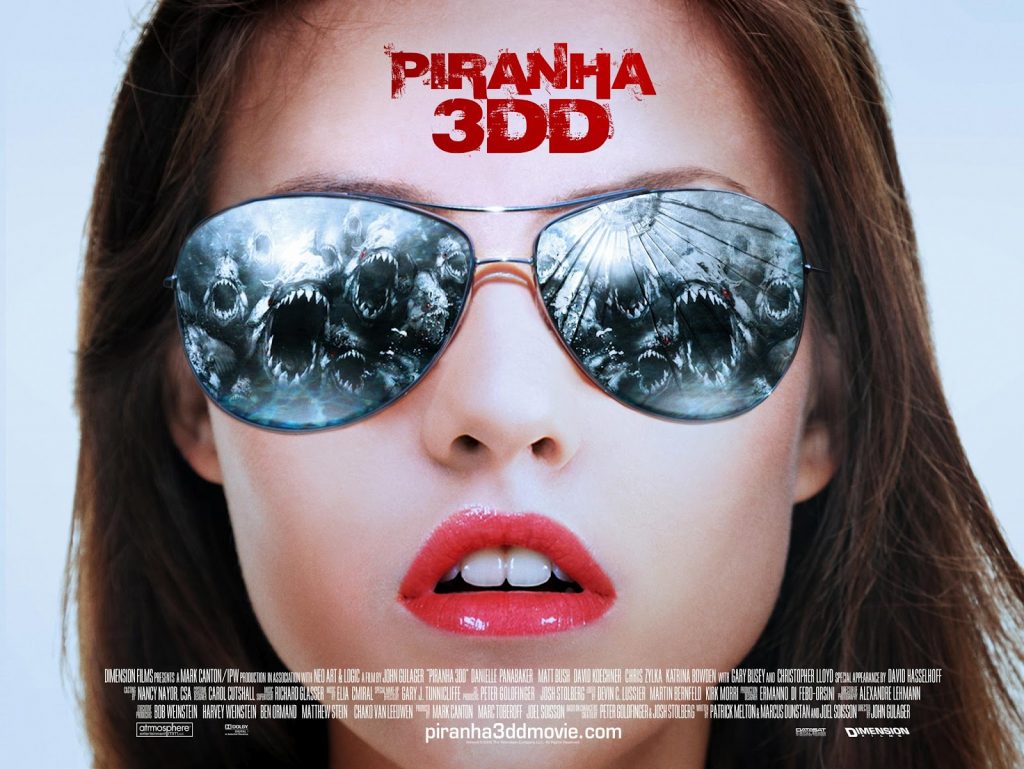 I’ve been looking forward to writing this review, mainly because its rare that a film this trash-tastic ever gets a cinematic release. After talk of going straight to DVD, it seems nothing could hold Piranha 3DD (the follow-up to the glorious 2010 Piranha remake) back, receiving its UK release last week. This time the gore, gratuitous nudity and hammy performances have all been amped up to create the sure-to-be guilty pleasure of the year.

Piranha 3DD picks up shortly after the events of the first film, Lake Victoria the former premier Spring Beak location has been turned into a wasteland after the devastating piranha attacks. However, these flesh hungry piranhas are not done yet and soon make their way to a newly opened water park. Feast director, John Gullager directs with Christopher Lloyd and Ving Rhames returning, alongside an all new cast which features Danielle Panabaker, Katrina Bowden, Chris Zlyka, David Koechner, Gary Busey  and Mr. David Hasselhoff.

When a film opens with Gary Busey biting the head-off a piranha, you know you are in for a fun ride and that is exactly what we get. Filled with over the top gore, garishly bright colours and nudity, it would be easy to dismiss Piranha 3DD as sleazy, chauvinistic nonsense, and it seems the vast majority of critics have done so. However, I would argue that they are missing the point of the film – which is supposed to be outrageous trashy entertainment and it delivers. The film continues to push boundaries and poke fun at conventional horror cliches.  Albeit some of this gore is quite nasty – mainly one sequence where a piranha bites onto Jean-Luc Bilodeau’s penis, but it works. It’s disgustingly twisted, but somewhat funny – doing what good horror should make you do – squirm.

Once you embrace the lovably trashy nature of Piranha 3DD, you will have a great time. The plot feels somewhat identical to it’s predecessor, just simply relocated to a water park but the scriptwriters add in enough  entertaining cameos, clever dialogue and outrageous set pieces to make it feel just as fresh. David Hasselhoff’s riotously amusing Baywatch themed cameo, is worth the admission price alone – I personally never thought I’d see a self-mocking David Hasselhoff run through a piranha infested water park to “I’ll Be Ready” or interrogate a little boy as to why he has never seen him in Anaconda 3: Offspring. 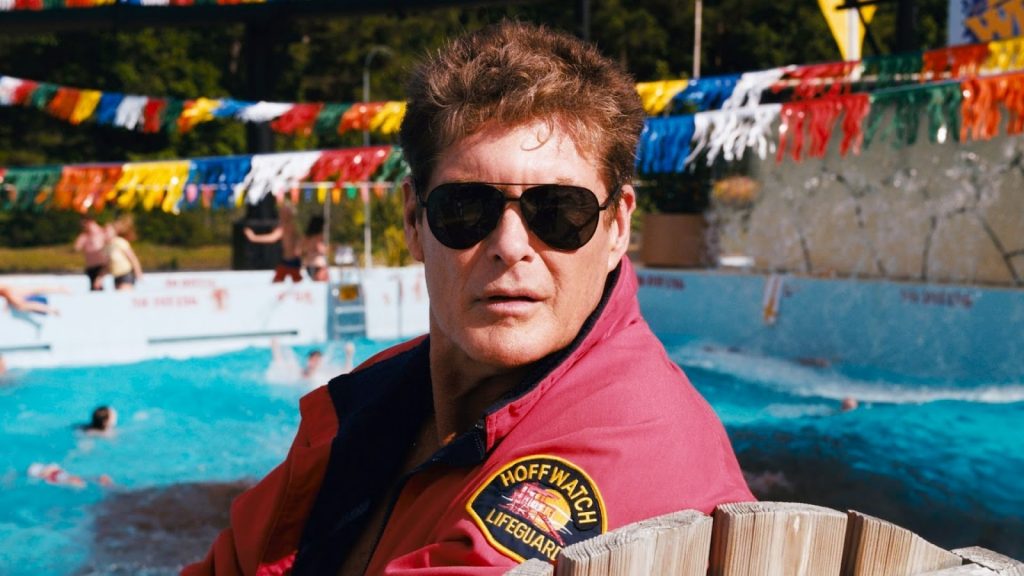 Danielle Panabaker does an excellent job at leading the cast, playing the straight laced part owner of her step-father’s water park. She leads a largely sexy teenage cast including 30 Rock’s Katrina Bowden, as the particularly as lovable bimbo, Shelby and blonde hunk, Chris Zylka as a corrupt deputy, Kyle. The return of Ving Rhames’ Deputy Fallon is also a treat – Rhames excels in one sequence where he attempts to conquer his fear of “the punk ass water!”, after the events of the first film.

At a punchy 83 minutes, Piranha 3DD does feel slightly short. Gullager’s film never becomes tedious or unlikable with the director always maintaining a strong sense of tension, humour and gratuitous camp throughout.

Whilst Piranha 3DD may not redefine the horror genre, it is a worthy follow-up to it’s equally entertaining predecessor.  The sheer garish trashiness and spectacle of the film is sure to leave you with a smile on your face, hungry for a follow-up.