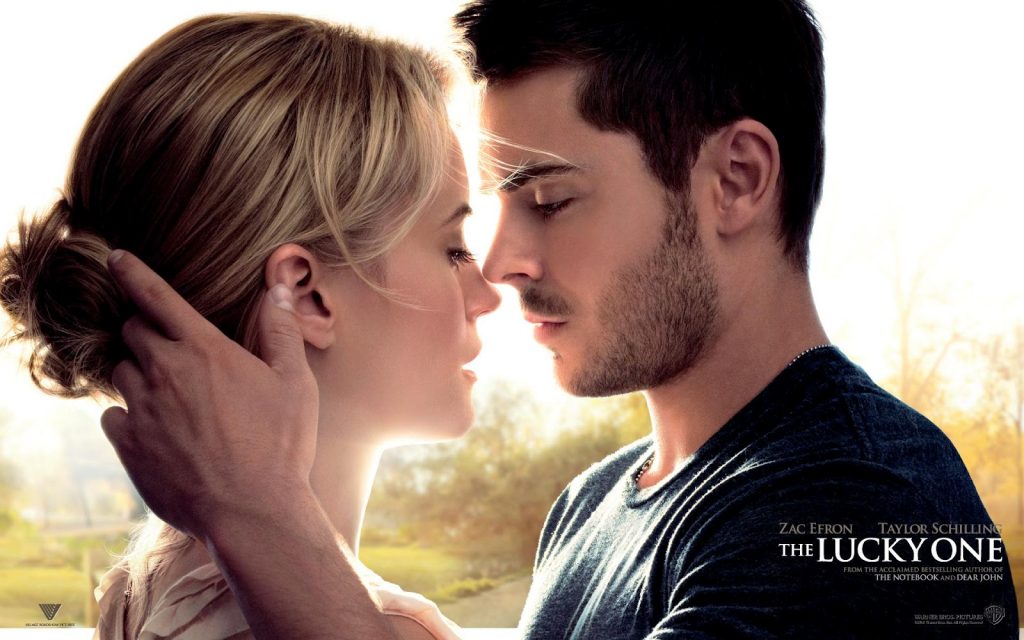 Zac Efron’s latest star vehicle, The Lucky One, is your traditional Nicholas Sparks’ romantic melodrama, sticking to his formula of boy meets girl formula. Scott Hicks (Hearts In Atlantis) directs in the dramatic territory he is familiar with, although The Lucky One brings very little new to genre, despite providing a likeable and well-crafted ride.

Logan (Efron), a marine travels to Louisiana to track down the woman (Beth, played by Taylor Schilling) that he believed saved his life when taking part in several tours through Iraq, believing her photo to be a lucky charm.

The Lucky One is an incredibly competent, albeit formulaic romantic drama. The traditional themes of fate and destiny to those of brotherhood and loyalty in the US armed forces that befit the film, all feel like they have been lifted from a generic romantic melodrama. Even, the obstructions to Logan and Beth’s romance – mainly her jealous ex-husband and working commitments, feel somewhat uninspired. The same can be said for Efron’s pre-title voice-over which blabs about destiny. However, these have come to be expected within the genre, particularly in Nicholas Sparks’ territory, and are highly unlikely to hinder your enjoyment of the film, with The Lucky One tending to embrace cliches rather than avoid them.

After seeing Heat Magazine’s review of The Lucky One, which cited “Zac Efron has never been hotter”, Silver Screen Slags can concur. It is clear that the film is not particularly trying to be original, even being marketed as a formulaic star vehicle for Efron. On this level it delivers. The young heartthrob is convincing, managing to be utterly charming in the role. However, there is something rather dull about the character – yes, he is handsome and kind, but there is nothing else required in the the role. Efron may be likeable as Logan, but part of me hopes to see him something slightly less predictable. Just look at Robert Pattinson – the star has had a variety on romantic leads (ie. Remember Me) and more complex darker characters (Bel Ami/Cosmopolis) between Twilight films, something that it would be nice to see Efron try, proving he is not simply a one trick pony.

Taylor Schilling is equally strong as Beth, seeing the characters’ reluctance turn to love, is cliched, but somehow still manages to be incredibly sweet at the same time. The stars’ on-screen connection with Efron is convincing – with the pair being an unnaturally good looking couple. However, here at Silver Screen Slags’ what really excites us is a veteran star in a fun supporting role, and on that basis, The Lucky One delivers this with Blythe Danner. The actress is truly endearing as Beth’s grandmother who refuses to let her stroke affect her mentally, bringing a sense of heartfelt fun to the role – there is certainly TV movie spin-off potential in her character alone.

For the most-part,The Lucky One is heartwarming and thoroughly likeable fodder, that simply embraces the melodramatic cliches of the genre. The result, may at points, feel somewhat uninspired, but engaging performances from the three main players: Efron, Schilling and Danner, carry the film, ensuring a pleasant, watchable ride.