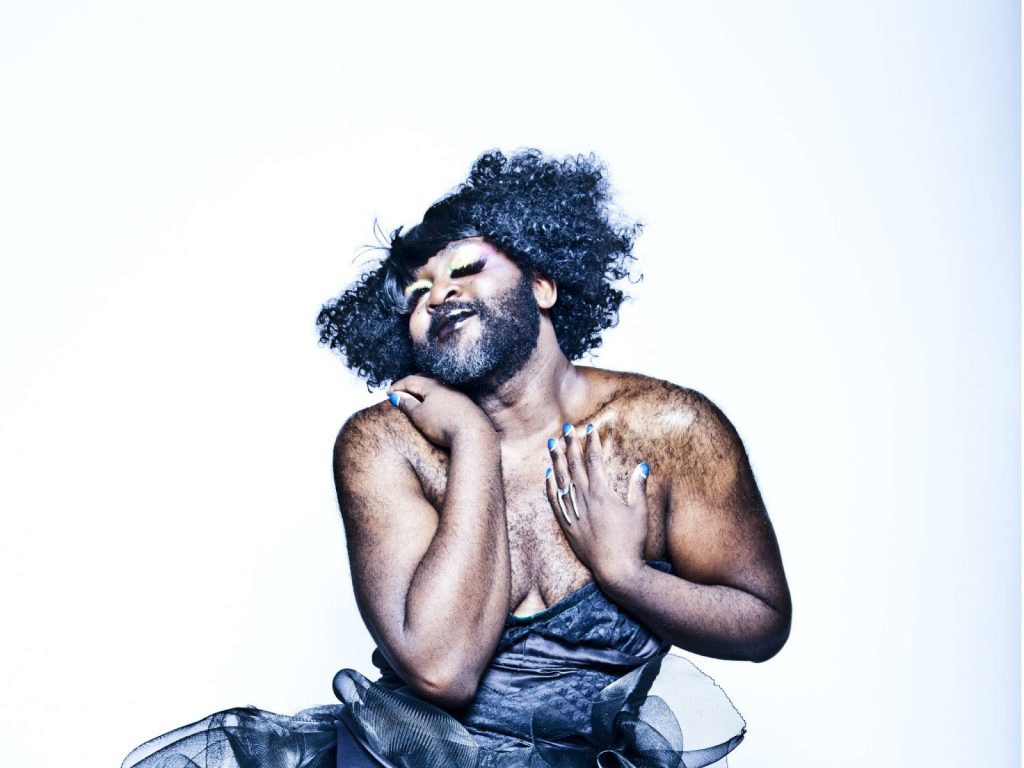 After a brief break from the Edinburgh Fringe Festival, cabaret sensation Le Gateau Chocolat makes a barnstorming return with Icons. Gateau is a captivating presence with a rich vocal palette and natural warmth seen as he makes his way through an eclectic selection of musical choices.

Opening with an atmospheric rendition of Kate Bush classic, Running up That Hill, Gateau enters a set which is designed like a childhood bedroom – walls plastered with pictures of the icons and cultural output that filled the performer’s youth. It’s clear from the onset this is an undoubtedly an incredibly personal piece for the star, who peppers the set with heartfelt anecdotes about love, loss and family. This vulnerability, heightened by a number of stripped back musical numbers, is one of the many traits that invests us within the show.

After an upbeat and humorously performed Madonna medley, a stirring rendition of Live to Tell is set to tug at the heartstrings, whilst Marty Hailey’s skilled instrumental work is on full display during a version of Bjork’s Hyperballad. Gateau soon reignites the party with a stellar rendition of Meat Loaf’s I Would Do Anything For Love, supported by some wonderful fan positioning and scarf-wearing for added dramatic effect. After a small detour into Dolly Parton’s 9 to 5, complete with permed peroxide wig, we have the story of a lost love and a hilarious hypothesised wedding interruption followed by a fiery version of Yvonne Fair’s It Should Have Been Me.

Gateau treats us to not one, by two Olivia Newton-John numbers – first an eerily poignant You Better Shape Up from Grease, followed by a glittering rendition of disco anthem Xanadu (a personal highlight) – complete with sparkling blue ensemble. The final moments of Gateau’s musical odyssey take us to a soaring finale with Whitney Houston’s How Will I Know.

This eclectic mix of musical choices paired with rich personal anecdotes ensure that Le Gateau Chocolat: Icons is a heartfelt, humorous and captivating slice of entertainment.