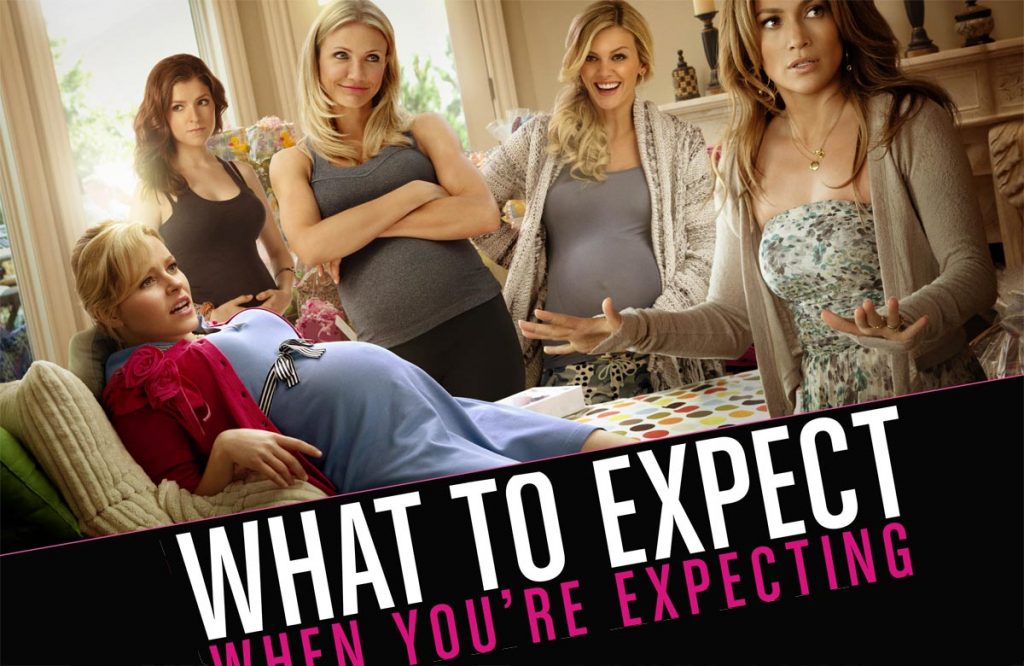 Fans of the recent ensemble comedies, Valentine’s Day and New Year’s Eve, will be in heaven with the similarly styled What To Expect When You’re Expecting. Kirk Jones, the man behind poignant Robert De Niro-lead drama, Everybody’s Fine helms this tale of several soon-to-be parents, preparing for the arrival of their children and the ups and downs of childbirth.

Like the aforementioned similar films, WTEWYE (because it’s far too much effort typing the title) is sewn together through very loosely interconnected stories, all which feel equally contrived. These stories range from Cameron Diaz and Matthew Morrison as a celebrity weight loss trainer and her Dancing With The Star’s performer boyfriend being the subject of glossy magazines, upon their baby news, to mega rich retired race-car driver Dennis Quaid hooking up with 20-something glamourpuss, Brooklyn Decker. Truly stories that will bare reflection in our own lives. It is the cliched showbiz-driven focus of the film that makes it somewhat tiresome. Of course, as a viewer it is sometimes nice to glimpse into the lives of the rich and famous or entertainment industry, but all the stories in WTEWYE feel overly dependent on these elements.

When WTEWYE attempts to take us back to reality, mainly through Chris Rock’s character and his group of fathers with young children who roam the park – we venture into equally unfortunate territory. Although these male characters may be one of the film’s more engaging elements, there are blatant issues of sexism prominent as all these fathers are irresponsible parents, one claiming he caught his baby eating cigarettes while another discusses his baby rolling off a changing room table. Despite not being a huge follower of the political correctness brigade (I write this as a proud John Waters’ devotee), it may have been nice to see an attempt to dispel this negative stereotype. Although, I should not complain, I’m first too laugh at the notion of a toddler being hit in the head by a beer can. 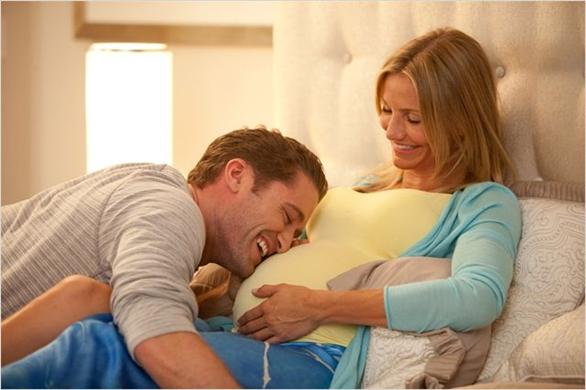 Despite there being very little depth to any of the characters, it is still enjoyable to watch the cast have some fun. Elizabeth Banks shines in her role as a woman finally pregnant after years of trying, bringing a huge amount of natural charisma, humour and warmth to the role. In most of her scenes, she is joined by the utterly wonderful, Rebel Wilson, a star who proved to be one of the best things about Bridesmaids and continues to delight audiences with her unique comic ability. Jennifer Lopez, Anna Kendrick and Cameron Diaz are enjoyable to watch in these roles they could play in their sleep, despite the generic feel of the characters. Similarly, the formulaic young woman/older husband subplot from Dennis Quaid and Brooklyn Decker, may feel cliched but the two likeable stars breathe life into the parts and help make it one of the WTEWYE’s strongest assets. Matthew Morrison and Chace Crawford appear in fairly underutilized supporting roles, but both bring a sense of charm and charisma to their respective characters.

Despite feeling somewhat contrived and showbiz-driven, there are quite a few laughs in WTEWYE and it certainly feels far more watchable than the likes of New Year’s Eve. If you are simply after a mindless form of escapism, then the film is likely to do the trick – a host of entertaining performances and blatant gross out gags make WTEWYE a somewhat fun ride.