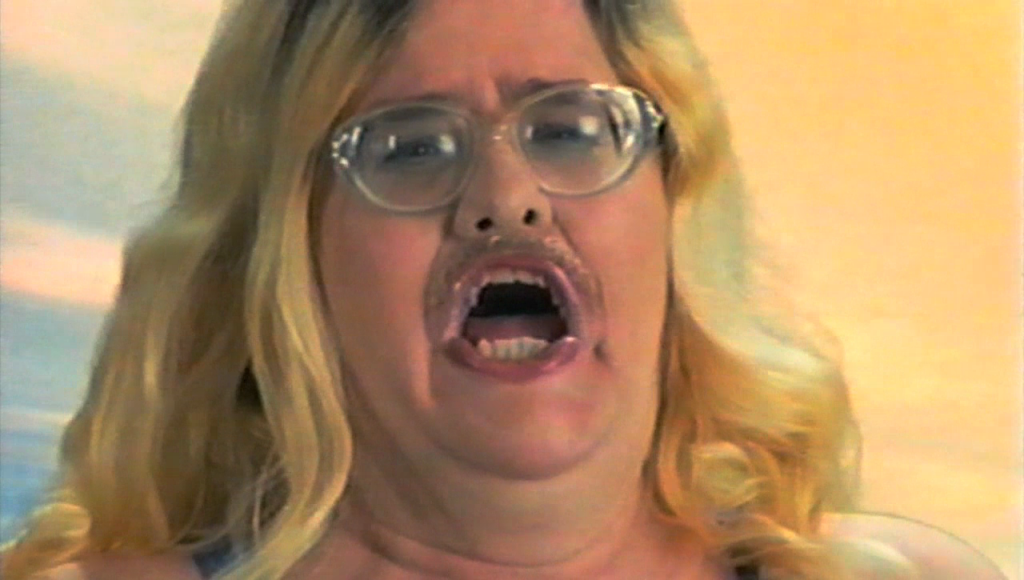 It seems that if a television comedy duo is successful enough that a movie is inevitable. Unfortunately, it is very rare that these movies are actually worth watching – just think Ant & Dec’s Alien Autopsy or David Mitchell and Robert Webb’s Magicians. Hoping to buck that trend are Tim Heidecker and Eric Wareheim, the creators and stars of Adult Swim television series, Tim and Eric Awesome Show, Great Job! The duo have presented us with Tim and Eric’s Billion Dollar Movie, which will no doubt appeal to fans of the television series.

Tim and Eric are two filmmakers who are given a $1 billion dollar budget to make a film for the Schlaaang Corporation. However, with the budget squandered and results in only three minutes of usable footage – the duo have no choice but to go on the run from vicious studio boss Tommy Schlaaang (Robert Loggia). In a harebrained scheme to raise the money, Tim and Eric find themselves trying to restore a derelict shopping mall.

Anyone familiar with the Saturday Night Live film productions like MacGruber will instantly recognise the formula of Tim and Eric’s Billion Dollar Movie. It is this predictable narrative arc that immediately works against the production – we know there is an inevitable fall out and eventual reconciliation and that Tim and Eric will successful rebuild the mall. Since the script structure offers nothing particularly original it is up to the comedy duo to add some interest through their gags and performances, and to an extent they do this successfully.

The humour ranges from enjoyably madcap to unpleasantly crude, never finding the right balance. A perfect example of this is where a drugged Eric goes to a ‘Shrim’ healing centre – we do not know what Shrim is, but are soon given a fun video representation hosted by Ray Wise. The comic talents of Ray Wise would have been enough for the gag, but Heidecker and Wareheim insist on taking the humour too far. How far? Well Eric drowning in a bath of children’s faeces. It is just a crude, unpleasant and juvenile punchline. The bantering exchanges between Tim and Eric spur on a few laughs, but most of the humour comes from the star power involved in Billion Dollar Movie. The film opens with Jeff Goldblum, posing as Schlaaang spokesman Chef Goldblum, offering the viewer tips on how to enhance their movie going experience – which is particularly fun. Will Ferrell’s cameo as the mall’s Top Gun obsessed former owner proves amusing as well, as does Zach Galifianakis’ role of a self-help guru the duo hire. Unfortunately, most of these star turns suffer from incredibly poor writing and character development – notably John C. Reilly’s supporting performance, which is just cringe inducing and not worth the actor’s talents.

Robert Loggia’s appearance as villain, Tommy Schlaaang is the main scene stealer of the film, with the veteran star bringing his charismatic screen presence to the role. Unfortunately, the material he is given to work with is just as bad as Reilly’s.

Tim and Eric’s Billion Dollar Movie is a formulaic and unnecessary venture. Most of the humour’s downfall is in its crudeness and lack of consistency. What should have been excellent supporting turns from well-known stars suffer from poor writing and a lack of development.
RATING: 2/5