The Expendables never hugely impressed, despite being fun, throwaway action. It’s sequel, The Expendables 2 has the potential to be the action film to end all action films, with it’s frankly, awe inspiring cast. We’ve taken a quick run through of each of the Expendables and ranked them on our Expendascale, questioning whether or not The Expendables has helped them escape from the straight to DVD bargain bin. But what does it all mean? We’re not to sure. 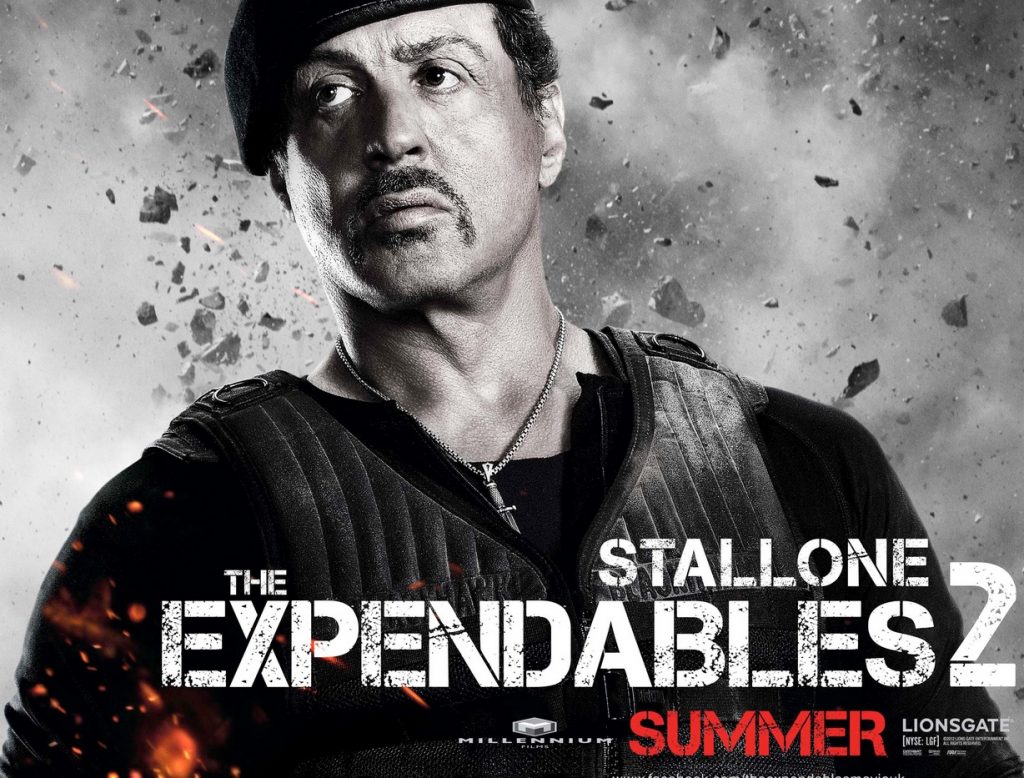 Best Film: Cliffhanger
Worst Film: Get Carter
Cinema Scale: All Stallone’s recent feature endeavors have been given a full cinema release (although most have been on the back of franchises ie. Rocky, Rambo & Spy Kids), prior to this nearly all his films post- 1997’s Cop Land flopped massively.
Direct to Video Ranking: Sly has yet to fall into the DTV bargain bin. 0/5 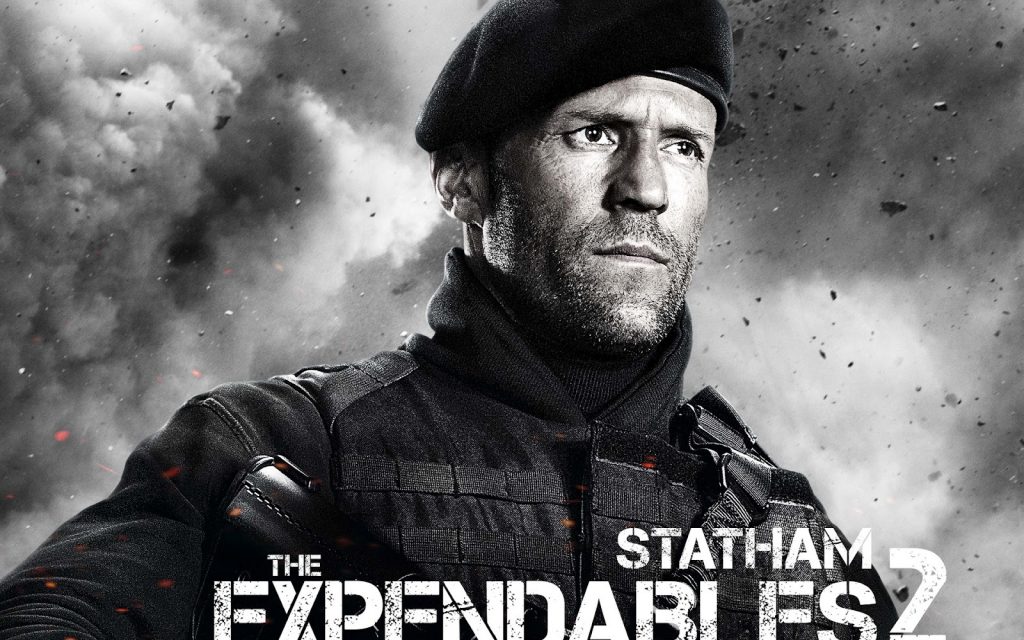 Best Film: The Bank Job
Worst Film: In The Name Of The King: A Dungeon Siege Tale
Cinema Scale: Strange as it may seem, nearly all of Statham’s films have received British cinema releases – despite their clear DTV quality. Statham is without doubt the country’s biggest action star.
DTV Ranking: Statham has made the odd foray into DTV with the likes of Chaos and 13. 1.5/5 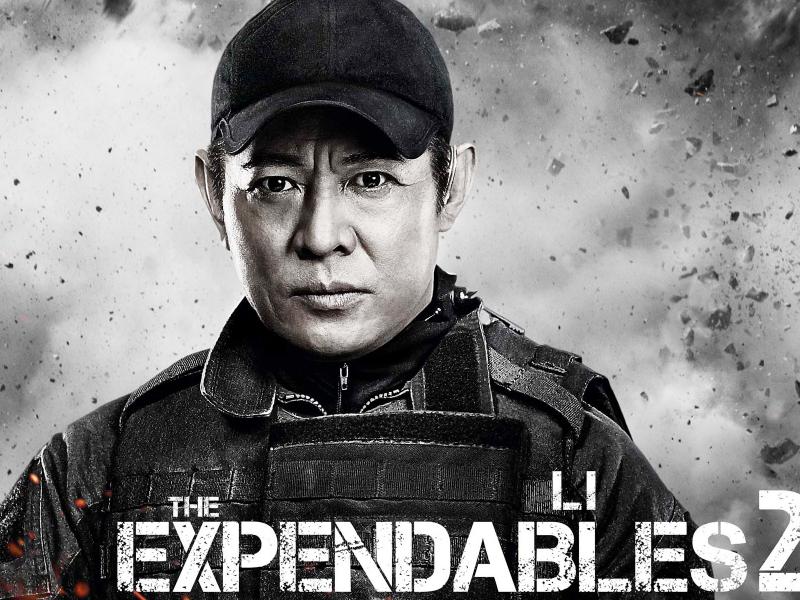 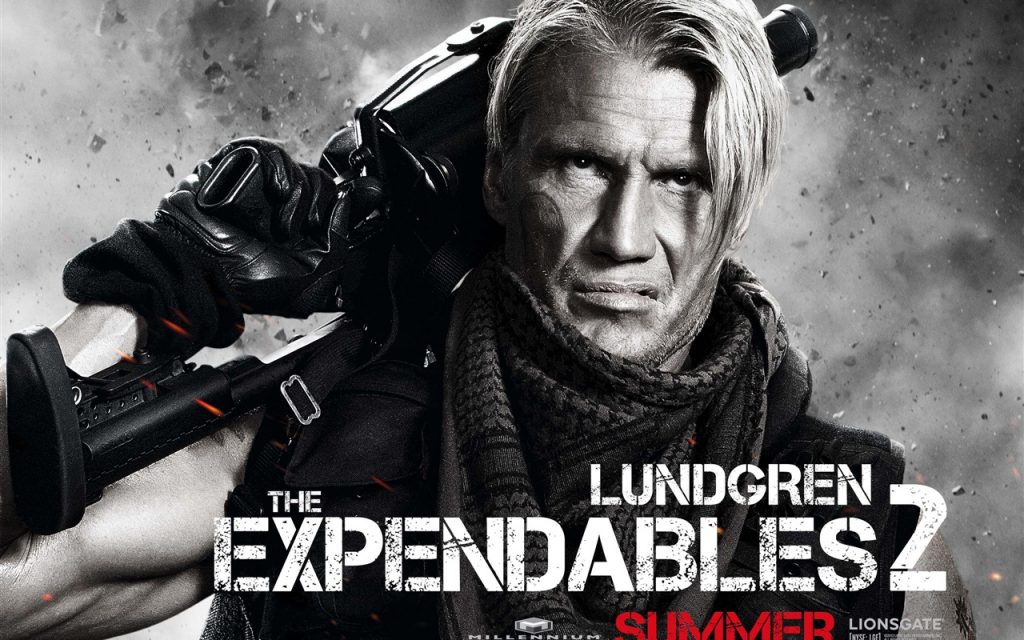 Best Film: Universal Soldier
Worst Film: Fat Slags
Cinema Scale: Lundgren enjoyed brief cinematic success from around 1985-1995 (with the likes of Universal Solider, Rocky IV and Red Scorpion) but the failure of Johnny Mnemonic (blame Keanu Reeves) soon saw Lundgen’s career slide down into the world of DTV. The Swedish star’s return to the cinema came with old pal Stallone’sThe Expendables.
DTV Ranking: Not only is Lundgren a star in the DTV world, he’s also a successful director. Lundgren is the King of DTV action.  5/5 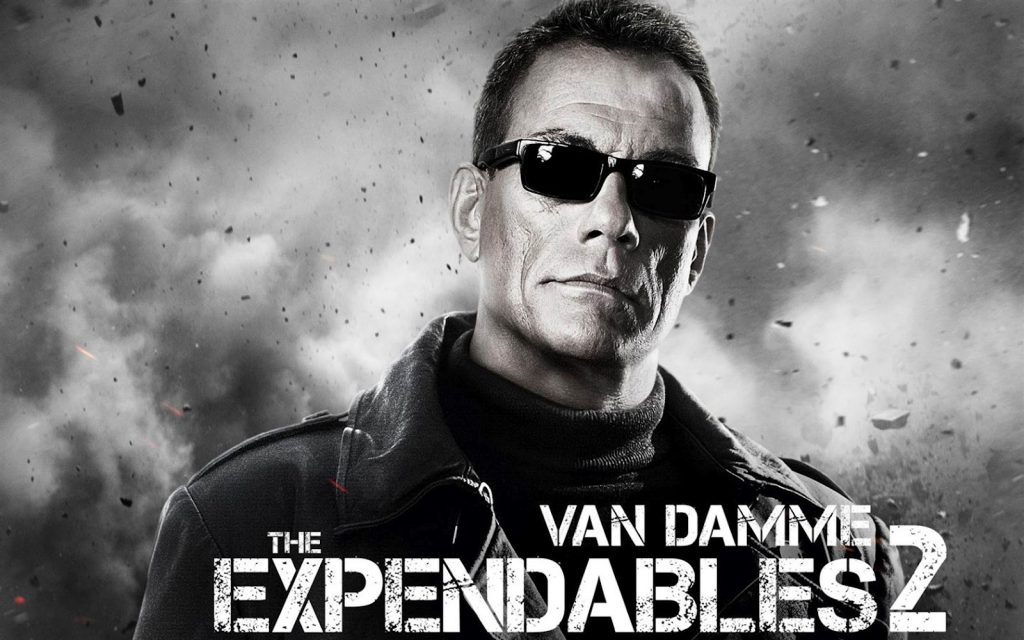 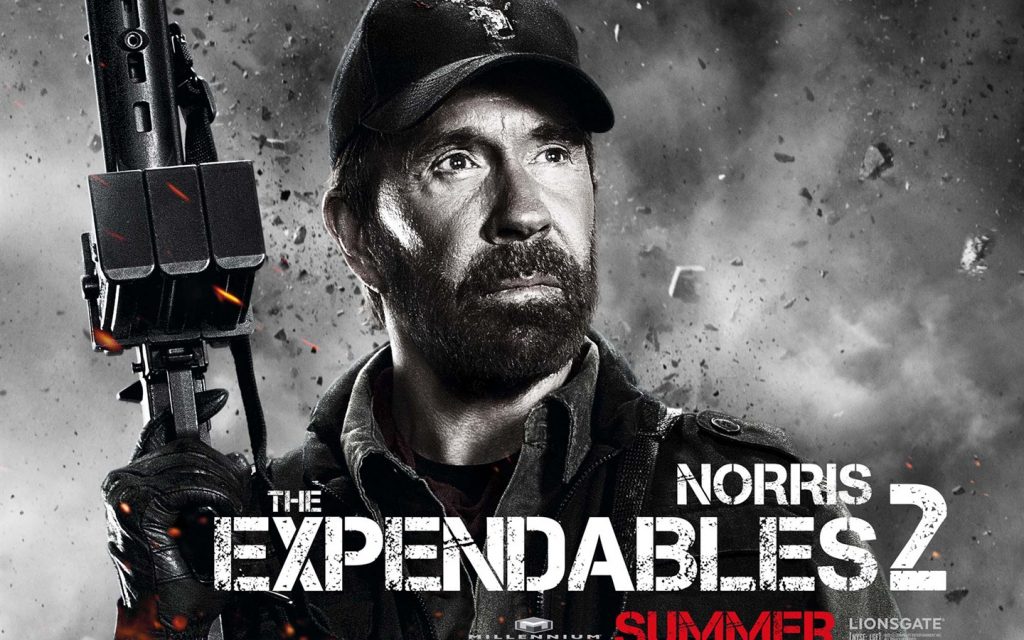 Best Film: Missing In Action
Worst Film: Forest Warrior/Bells Of Innocence
Cinema Scale: Moderate box office success in the 1980s with hits like Missing In Action but this began to dwindle towards the 1990s. Continued to work, but found new home on television in Walker, Texas Ranger.
DTV Ranking: Most of Norris’ efforts were given cinematic releases by the Canon Group, but later features like The President’s Man brought Chuck in to the world of DTV. The Expendables 2 will be his first action feature in ten years. 2.5/5 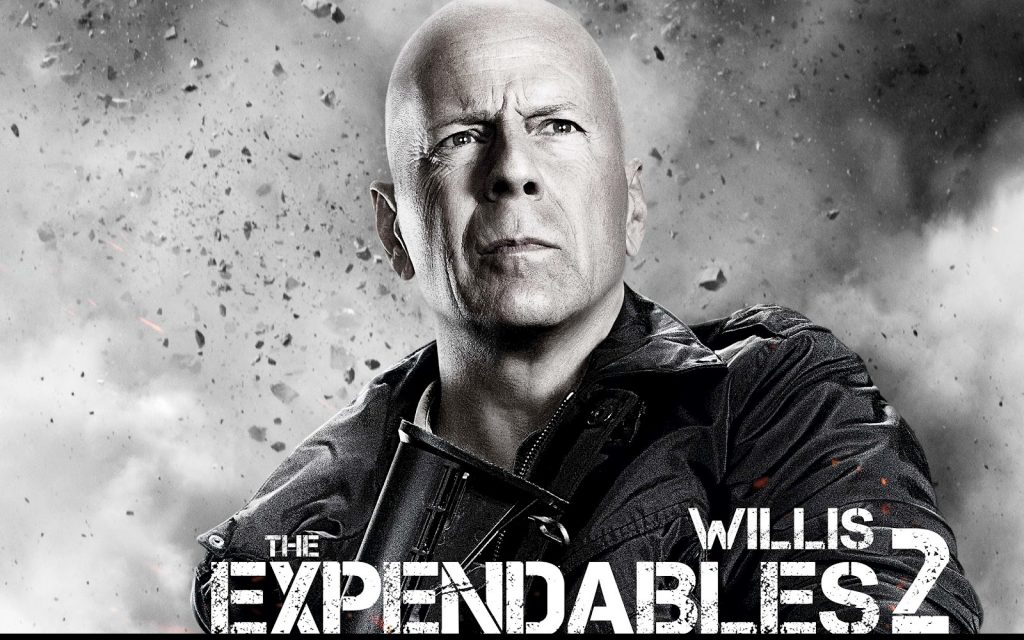 Best Film: Die Hard / The Color Of Night / Planet Terror
Worst Film: The Whole Ten Yards
Cinema Scale: Still one of cinema’s biggest action stars with huge projects like Looper and A Good Day To Die Hard coming up.
DTV Ranking: Willis’ presence in the DTV is ever-growing with the likes of Catch .44 and Set-Up, but the star does manage to maintain a healthy cinematic career also. 2/5 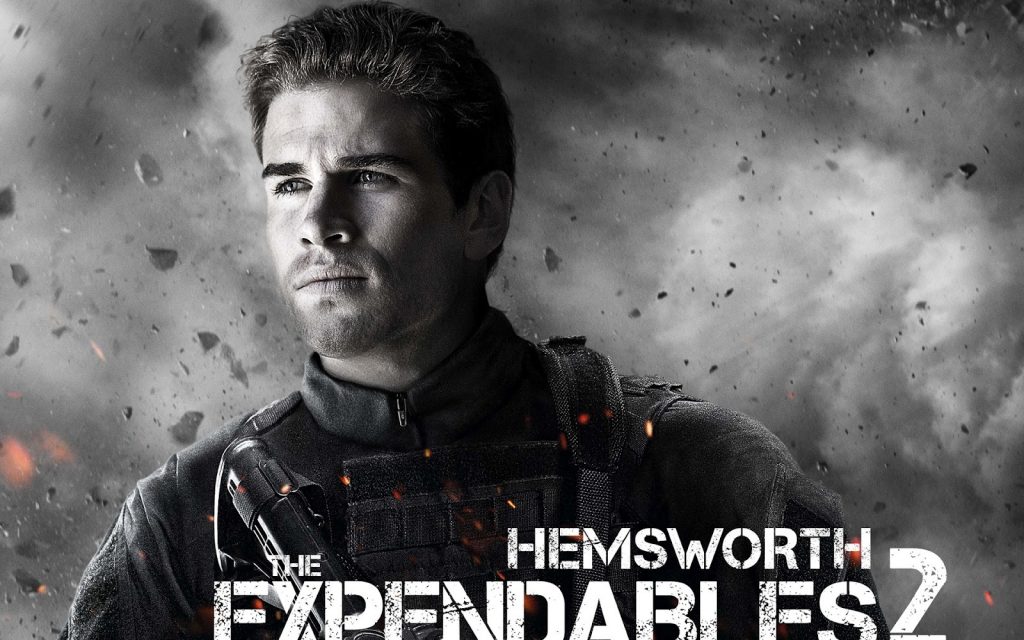 Best Film: The Hunger Games
Worst Film: Knowing
Cinema Scale: All of Hemsworth’s feature films have had cinema releases, albeit there are only four.
DTV Ranking: The young star has yet to experience the DTV world. 0/5 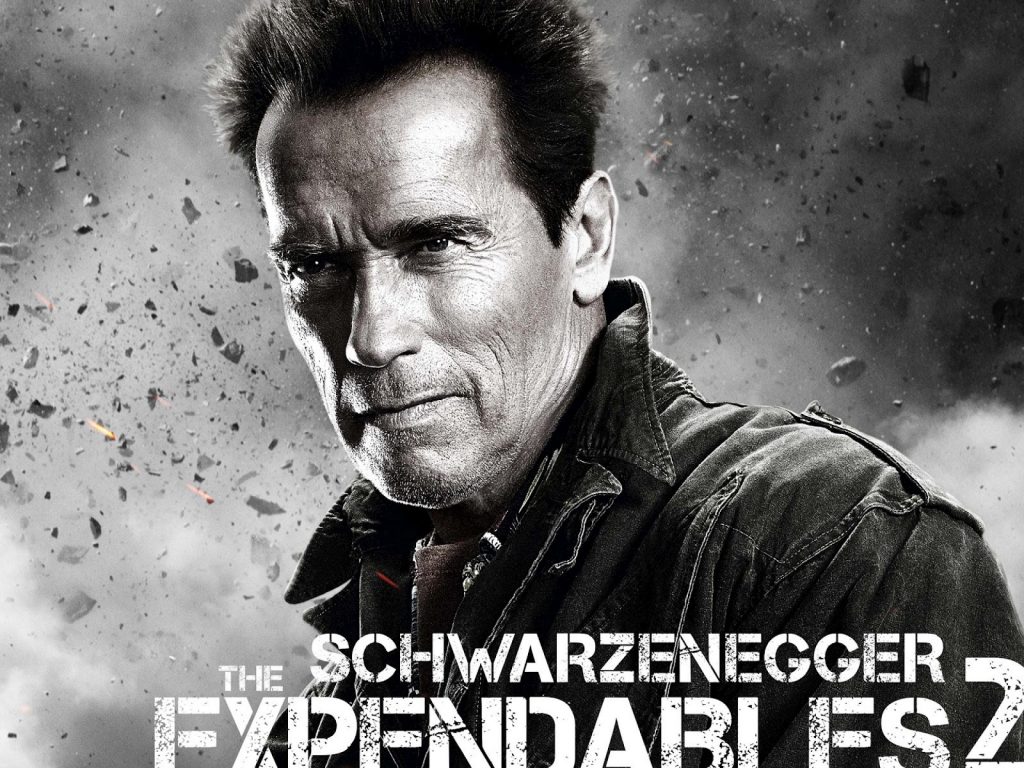 Best Film: Total Recall / True Lies
Worst Film: Around The World In 80 Days
Cinema Scale: Arnie enjoyed enormous success throughout the 80s and 90s as an action star, with the occasional flop in the 2000s (ie. Collateral Damage). His action career was cut short by his role as Californian Governor, but the actor is back on the big screen – starting with The Expendables 2.
DTV Ranking: The Austrian star has not made any DTV efforts in recent years.