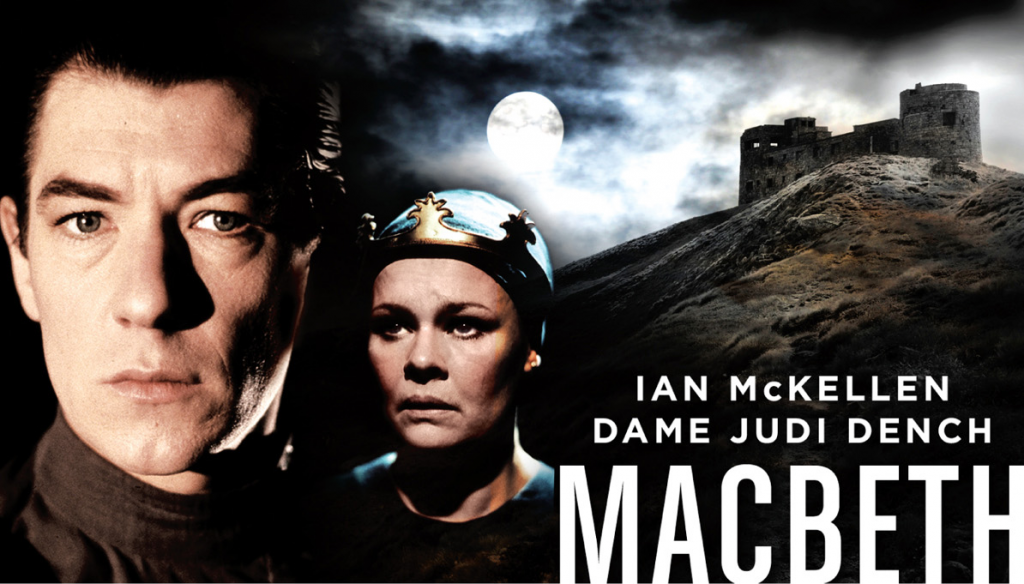 For those looking for a handy introduction to the televised works of Shakespeare’s finest plays with iconic British Thespians, then this collection will certainly deliver. Featuring the Bard’s best work includingMacBeth, Romeo & Juliet, Twelfth Night and King Lear.

Many viewers are often aware of the thespian background to many of Britain’s most loved character actors like Ian McKellen, Patrick Magee and Judi Dench – but few have been lucky enough to watch these stars performing the plays that helped them make their names. The Shakespeare Collection gives viewers a glimpse into these performances, showcasing the undeniable talent of all involved.

MacBeth stars Sir Ian McKellen and Dame Judi Dench in the roles of Macbeth and Lady Macbeth, in this haunting tale of ambition, deception and twisted prophecy. Trevor Nunn stages this 1979 Philip Casson TV adaptation, which has often been cited as the perfect adaptation of MacBeth. Steeped in brooding atmosphere and championed by strikingly emotive performances from McKellen and Dench, this is bare bones MacBeth, stripped back to its core – a truly unforgettable production.

Also included is a 1976 adaptation of Romeo & Juliet starring Christopher Neame and Ann Hasson, as well as a host of much loved British character actors including Christopher Biggins, Patsy Byrne (Blackadder II’s Nursie) and Simon MacCorkindale. The talent of the leads may pale in comparison to the powerhouse performances of McKellen and Dench in MacBeth, but Neame and Hasson both deliver solid performances. Romeo & Juliet focuses more on lavish settings and the adaptation may lack of the emotional punch of Shakespeare’s play. However, it is still faithfully carried out and an interesting opportunity for viewers to see the source material carried out so meticulously.

Kenneth Branagh’s 1988 adaptation of Twelfth Night is perhaps the most fun of all the adaptations included. This is a farcical tale of mistaken identity and the chaos that ensues from it, set against a backdrop of secrets and desire. Branagh’s adaptation has kept the intimacy of a smaller theatrical production, proving to be a warm, amusing and thoroughly engaging watch – masterfully carried out with Branagh’s traditional precision and eye for detail.

The final feature included in the collection is Tony Davenall’s 1974 adaptation of King Lear starring underrated Irish talent, Patrick Magee. King Lear centres around an ageing monarch who decides to split his estate between two of his three daughters. This tale of spiralling madness grips through Magee’s intense and grandiose performance as Lear in this well crafted and Thames Television Production, which also boasts the expected lavish sets and costumes.

Originally written by me for The People’s Movies.