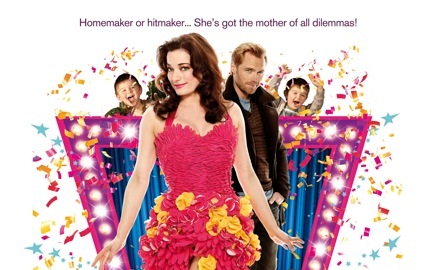 Not every singer has the charisma and sheer acting panache as Madonna or Prince, just look at Britney in Crossroads or Toby Keith in Beer For My Horses. However, Irish singing sensation, Ronan Keating looks set to follow in the footsteps as the Swept Away and Under The Cherry Moon stars with his upcoming acting debut in Aussie feature film, Goddess.

The Boyzone lead singer stars opposite Laura Michelle Kelly as a housewife, based in an isolated farmhouse who becomes a viral sensation after a video of her singing is uploaded online. Helmed by the writer of Cut (good fun, starring none other than Kylie Minogue) and Babe: Pig In The City (not so fun) and also starring up-and-coming British actress Laura Michelle Kelly (Sweeney Todd) and our favourite Australian heartthrob Dustin Clare (Spartacus: Gods Of The Arena) – we are expecting big things from Goddess.

The concept sounds fresh and we like the idea of a good old fashioned romantic musical that features a cast featuring some talented singers. Unfortunately there is quite a wait for Goddess as it is not due out in its native Australia until the 7th March 2013. Other release dates have yet to be announced.

In the meantime enjoy this clip of Ronan discussing the feature on GMTV usurper, Daybreak.