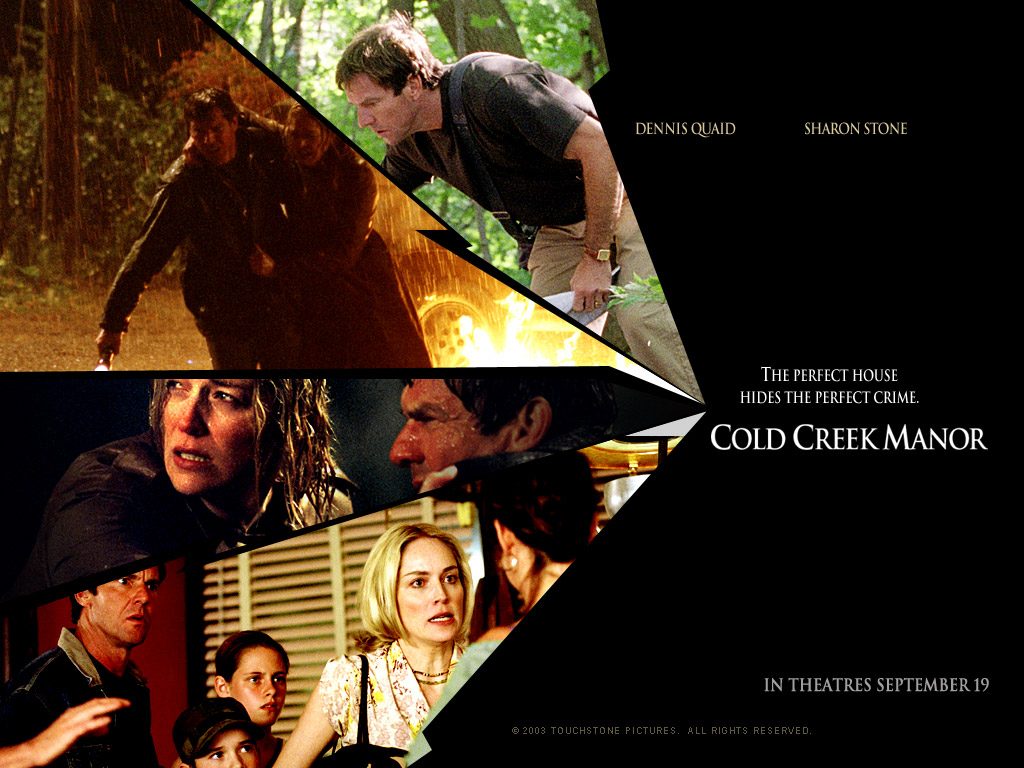 A Cape Fear style psychological thriller from Timecode director Mike Figgis should have been perfect – but unfortunately it is far from it. Whilst Cold Creek Manor, may have been a cliched, half-baked “family under suspense” venture – I found myself completely amused by the more trashier elements of the script and some of the performances.

Cold Creek Manor follows New York couple Cooper (Dennis Quaid) and Leah Tilson (Sharon Stone) who move to a decaying old mansion in the countryside after they decide the Big Apple is too dangerous for their children. As anyone who has seen a few psychological thrillers or horrors knows – nothing good comes out of moving to the countryside (Just ask David Summer from Straw Dogs), and it is not long before the couple are terrorized by the house’s former owner – nasty country chap, Dale Massie (Stephen Dorff). 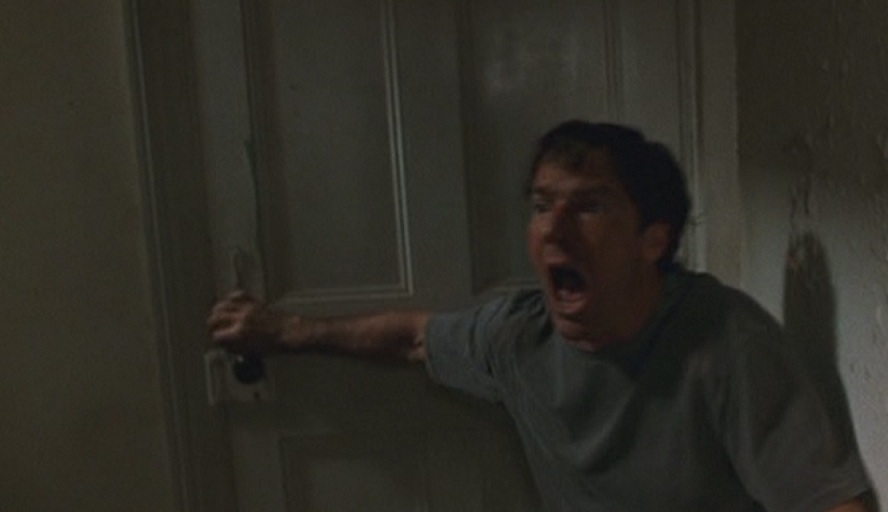 Similarly to Summer in Straw Dogs and Sam Bowden in Cape Fear, Cooper Tilson is a character struggling to showcase his male identity in the testosterone-fuelled country town he lives in. Unlike Dustin Hoffman (or even James Marsden) in Straw Dogs or Gregory Peck (or Nick Nolte) in Cape Fear, Dennis Quaid is AWFUL in Cold Creek Manor. Now I’m quite impartial towards the Jaws 3-D star but he is just unintentionally hilarious in this. Most notably in one sequence which could surely rival Nicolas Cage’s Bees-focused tour-de-force in LaBute’s The Wicker Man – Quaid finds his house “overrun” by six small snakes. He proceeds to run round the house flailing and screaming like a drag queen who’s lost her hair extensions. Just check the still above. Luckily real man, the psychotic Dale Massie aka Stephen Dorff is on hand to help the family – oh wait, did he plant the snakes? *Awful twist klaxon*

Of course, snakes are not the only animal antics terrorizing poor Dennis and family. There is also a further unintentionally hilarious moment involving the family’s pet pony and a swimming pool – that gives Mr. Quaid another opportunity to further flail. It would make even the mutilated horses head from The Godfather wince. 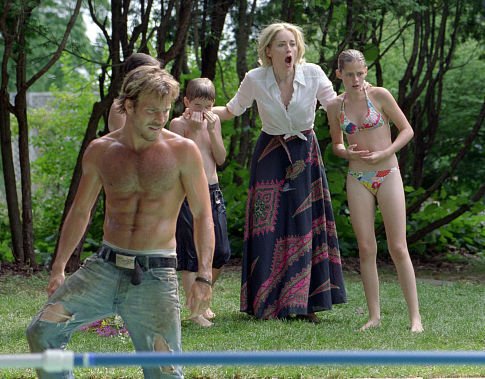 As Dennis runs around screaming trying to prove his manhood to a group of hicks who look like Jerry Springer Show veterans, we have trash Goddesses Sharon Stone and Juliette Lewis to keep us amused. Stone’s sexually frustrated, Leah spends most of the film oggling a shirtless and sweaty Stephen Dorff, who could blame the poor woman. When she’s not channeling Fifty Shades Of Grey’s Ana Steele she’s being pushed down wells. Fortunately, we’ve got trashy town bike Juliette Lewis to keep us amused when Catherine Tramell rolls around at the foot of a well.

Although Stephen Dorff’s Dale Massie may simply act as a plot device to scare the audience – there is very little character development. Dorff still manages to make an impression, bringing a sense of energy and screen presence to the role. It also does not hurt that director Mike Figgis seems to have a penchat for seeing him oiled up and shirtless. If Mr. Dorff’s turn was not enough to catch your attention, Cold Creek Manor also presents us with a staggeringly poignant turn from our favourite thespian, Christopher Plummer. The veteran star delivers us fruitful dialogue such as “I’ll whip you so hard, you’ll shit blood” – simply beautiful stuff.