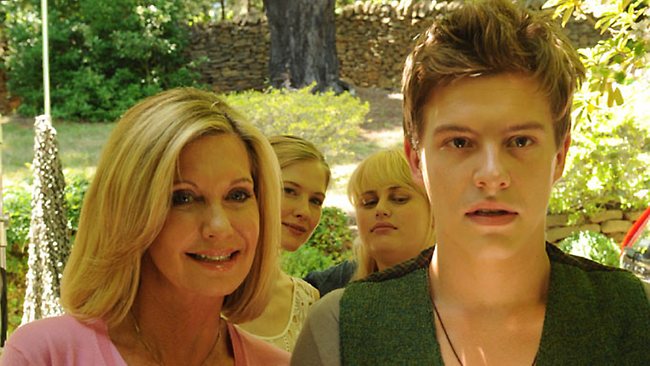 Stephan Elliot’s (The Adventures Of Priscilla, Queen Of The Deseret & Easy Virtue) latest feature sees him team up with Death at a Funeral writer, Dean Craig in joint British-Australian production, A Few Best Men. Released in Australia in January of this year, the upcoming comedy does not hit the UK until the 31st of August, but we’re sure it will be worth the wait.


The film first caught our attention through the casting of cinematic/musical icon, Olivia Newton-John and Brit funnymen Kris Marshall and Kevin Bishop. Further add, Aussie favourites Xavier Samuel and Rebel Wilson to the cast and you have a surefire must-see. A Few Best Men looks like an anarchic comedy in a similar vein to Craig’s Death at a Funeral – boasting the feel of classic capers like The Ladykillers or The Out Of Towners dashed with an edgy R-Rated twist.

Lets not kid ourselves here, one of the main reasons we are so excited for A Few Best Men is seeing Olivia Newton-John’s feisty matriarch snorting cocaine and swinging from chandeliers. We could watch that in itself for the full run time. As a further bonus, Olivia has made her return to dance music with the film’s flawless soundtrack comprised of classic songs like Daydream Believer and Mickey, which are given an up-tempo dance makeover courtesy of Ms. Newton-John. There is also the magnificent original track Weightless which deserves to be a huge hit.

We’re excited for the laughs and chaos that bring and seeing Olivia let loose and have some fun. A Few Best Men is with us on the 31st of August and you can purchase the soundtrack from Wow HD.