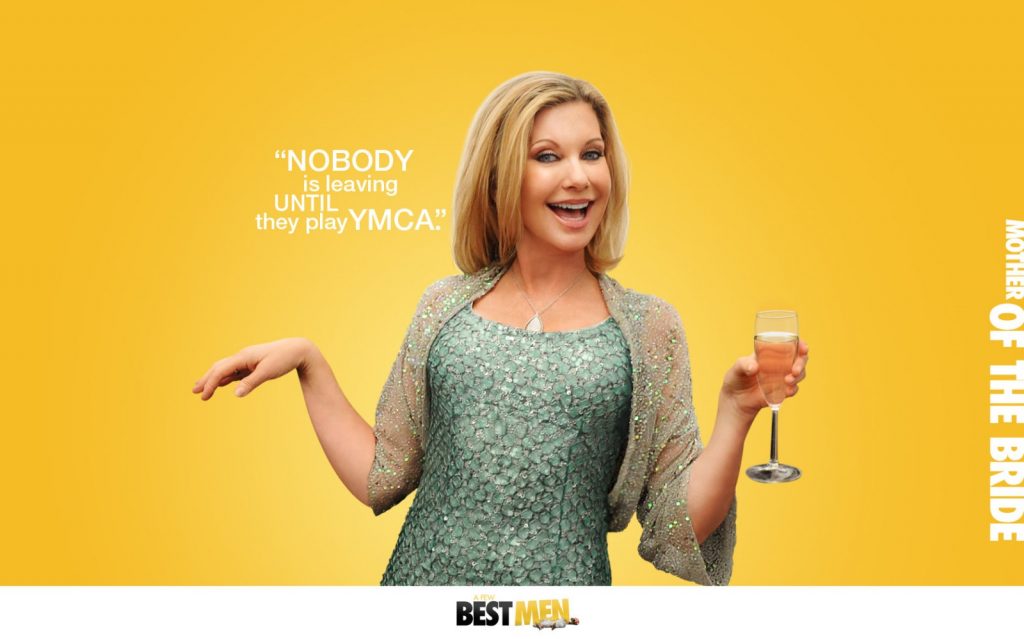 Stephan Elliott’s (The Adventures of Priscilla, Queen of the Desert) latest feature, A Few Best Men is not likely to win any prizes for the most subtle comedy of the year, but it does prove brash, trashy, good fun. This joint British-Australian feature sees Elliott team up with writer, Dean Craig (Death at a Funeral) and a host of stars including Xavier Samuel, Kris Marshall, Rebel Wilson and the iconic Olivia Newton-John.

After proposing to Mia (Laura Brent), the girl of his dreams whilst on holiday, David (Xavier Samuel) returns to London to announce to his best-friends that he is to be married. Despite their mixed feelings about the engagement, the group set off to Mia’s home in Australia for the wedding – however like all good screwball comedies, things do not go according to plan – from amusing encounters with prized sheep, overly affectionate drug dealers and coke-snorting mother in-laws.

Dean Craig’s script sticks to a familiar path, showing clear similarities with Death at a Funeral – from star Kris Marshall to the basic structure of the film – secrets and chaos mounting at a family gathering. For the most part the blatant gags do work but A Few Best Men tends to have an over reliance on slapstick – however, this can be overlooked in favour of the well-handled culture clash elements and some of the more outlandish trashy humour. Stephan Elliott is a clear professional at comedies like this, showing an excellent fusion of tense and comic direction,  providing a wonderful form of enjoyable escapism. 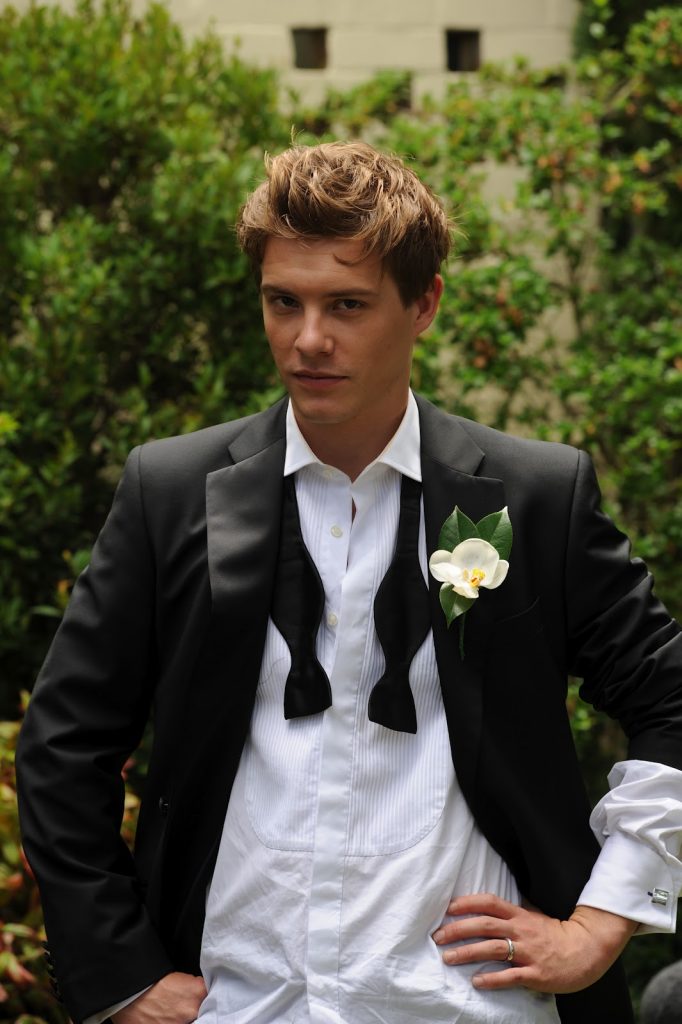 Despite, some of the characters feeling uninspired – fitting into distinct traditional categories like the uptight one and the cocky one, each actor brings a sense of energy and dynamism to their roles. Kris Marshall as the overconfident best friend and Kevin Bishop as the more prudish, have a wonderful on-screen chemistry and prove to be a entertainingly mismatched double act. Unfortunately, one role is beyond saving, that of Luke, David’s recently broken-up and completely depressed friend. The role proves to be like a vacuum, sucking the humour out of scenes and feels completely unnecessary, despite best intentions of actor, Tim Draxl.

The humour is by no means subtle with A Few Best Men excelling at brash, trashy bawdiness. This comes in the form of trapping people in gimp masks, sheep being force-fed laxatives, offensive best man speeches and a coked up Olivia Newton-John. Elliott captures the ensuing sense of chaos and disorder at the uptight wedding with an infectious sense of nervous excitement.

Xavier Samuel may not have mastered the British accent but manages to bring some heart and sensitivity to uncontrolled anarchy of the narrative. The young Australian star handles the role of the sensible groom being dragged into disorder, with a likeable and strongly comic manner. British comic actors, Kris Marshall and Kevin Bishop prove to be charismatic and entertaining, excelling at the fish out of water style of the film. Other successful casting choices include: Laura Brent, who radiates as Bride, Mia and Jonathan Biggins, whose scene-chewing turn as her political hotshot father provides many laughs.


However, the two truly unforgettable performances come from Rebel Wilson and Olivia Newton-John. Wilson, a favourite here at Silver Screen Slags brings a campy charm to the role of Daphne, Mia’s rebellious sister, who pretends to be a lesbian just to upset her uptight father. Wilson shines whenever she appears on screen, managing to impress even with the smallest line of dialogue. From a rising star of Australian comedy to a true icon, Olivia Newton-John is unforgettable in the manic and over the top role of Barbara, Mia’s mother. Seeing the star let her hair down and cause chaos at the wedding brings an unexpected hilarity to the proceedings, with Newton-John belting out lines like “nobody leaves until they play YMCA!”

Be sure to stick around for the end titles where we get to hear Newton-John’s addition to the film’s soundtrack, a soaring dance track entitled, Weightless. The star also provides dance covers of many of the classic songs featured on the film’s soundtrack – which is certainly worth purchasing.

A Few Best Men is trashy, bawdy and highly enjoyable. Stephan Elliot’s direction and Dean Craig’s script capture a wonderful fusion of ensuing comic chaos and nervous tension, aided by excellent turns by all the cast involved. While not all the humour hits the mark, A Few Best Men does feature scene-stealing turns from Rebel Wilson and Olivia Newton-John.