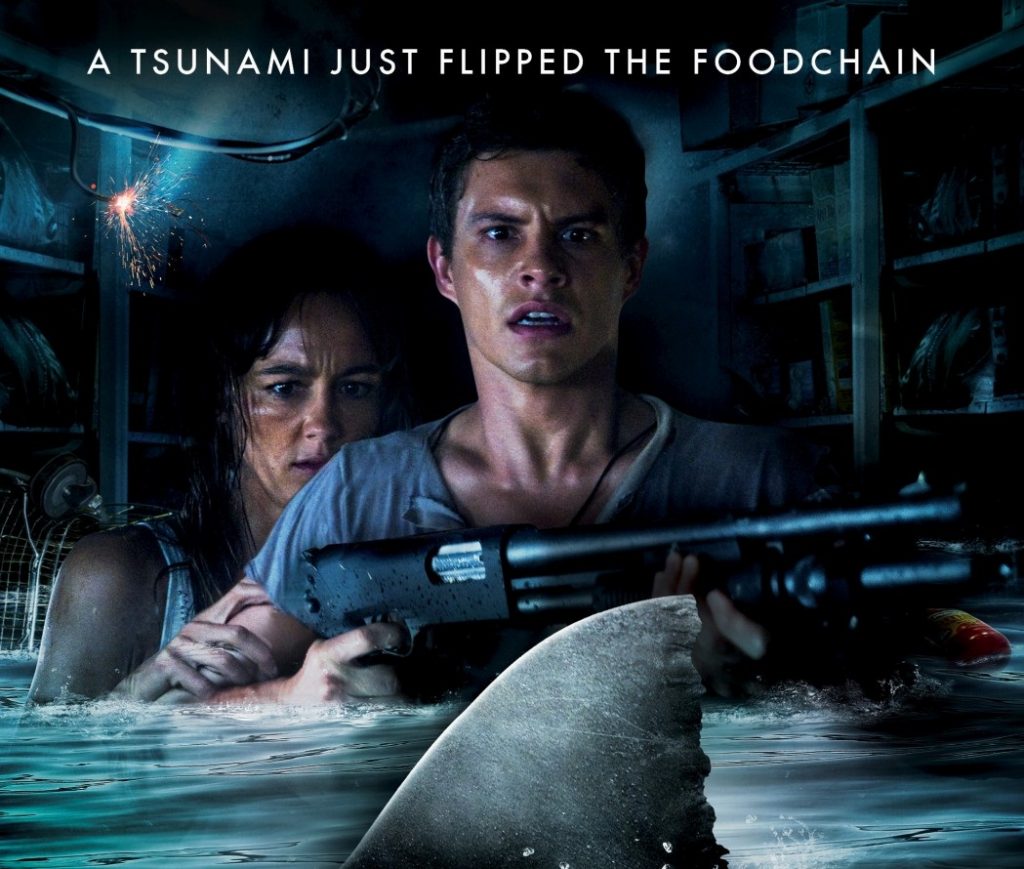 Providing a fresh twist on the regular shark tale, Australian horror, Bait 3D looks set to combine the natural disaster flick with the creature feature. Kimble Rendall (the man behind the Kylie Minogue starring Cut) directs this story of a freak tsunami that hits an Australian coastal city. A group of nearby shoppers soon find themselves trapped in a flooded supermarket, alongside a 12 foot great white shark.

Bait 3D seems to have a likeable B-Movie charm and is sure to be great fun. It stars Xavier Samuel, Julian McMahon & Phoebe Tonkin.
Bait 3D is released on the 20th of September in its native Australia. International release dates to follow.