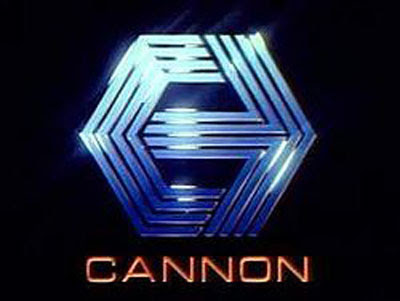 No other production company encapsulated low-budget eighties cinema like The Cannon Group. Despite being formed in the late sixties, the production group (lead by Israeli director and producers – Menahem Golan and Yoram Globus) never really found its stride until the early eighties. Golan and Globus found success buying cheap scripts and rushing them into production for a quick release, with most of their success being in action B-Movies.

The group achieved success with the help various Charles Bronson and Chuck Norris vehicles, but would eventually fall into bankruptcy as star profiles faded and the action boom ended. Although, Cannon Group did attempt to turn their hands to other genres, including the short lived break dancing genre featuring Breakin’ & Breakin’ 2: Electric Boogaloo, but the less said about those the better.

Below are some of the most entertaining Cannon Group features.

Cannon’s first foray into the ninja film saw Django star Franco Nero play an army veteran, fresh out of ninja school who is faced with a series of challenges. My personal favourite is the start when the word “Ninja” is chanted repeatedly but just check out the over-excited voice-over in the trailer for a glimpse at what you can expect.

The Death Wish series is hands down the most entertaining action film series of ALL time. No other actor can capture the cool charm of Charles Bronson as he dishes out justice to the scum on the streets. Bronson still kicked ass as vigilante Paul Kersey in Death Wish V when he was 73. You have to question anyone who is willing to be friends with this man, however, as there was a ninety percent chance you would be either raped or murdered.  The second, third and fourth films all produced by the Cannon Group are all classics – most notably the third which takes the series from grounded vigilante thrillers to outrageous Bronson scum-cleansing programs.

The House of Long Shadows was truly a once in a lifetime event for horror aficionados – the casting of four much-loved horror superstars. However, although a treat to see all on screen together – one gets an immediate sense of the friendship between the group – they did deserve better material, with The House of the
Long Shadows coming across as a substandard haunted house thriller.

Aware that they had a solid moneymaker on their hands, the Cannon Group quickly signed Bronson up for more ultra-violent thrillers with 10 to Midnight quickly following Death Wish II. Bronson teamed up with frequent collaborator and Cannon Group favourite, director, J. Lee Thompson for this gritty cop drama. Bronson plays a no rules cop who hunts after a serial killer who likes to commit his crimes whilst naked – yes, really.

Taking a little break from the overwhelming testosterone from Charles Bronson, The Company Of Wolves took the Cannon Group down a different route – that of the fantasy-horror film. Neil Jordan’s visually rich reimaging of the Red Riding Hood tale is chock full of symbolism and metaphors but ultimately feels slightly disjointed.

Neil Jordan? That was all getting a bit too classy, let us lower the tone with one of Cannon’s first productions to feature the Demi-God that is Chuck Norris. The bearded warrior must come to the rescue when a group of international terrorists invade mainland USA. This outrageous, explosion-filled fiasco proved to be one of Chuck’s finest moments.

Teaming up action juggernaut Chuck Norris with veteran star Lee Marvin for The Delta Force was one of The Cannon Group’s finest moves. After an airliner is hikacked by a group of Lebanese terrorists, The Delta Force is called into action to diffuse the situation – and by that we mean destroy the terrorist scum. The film was followed by a sequel, starring Norris four years later entitled Delta Force 2: The Colombian Connection and a third entry in which Norris did not feature.

Slated by critics but a box office success, Cobra was a joint venture between Cannon and Warner Bros. It is gritty, ultra-violent and highly watchable securing Stallone’s status as an iconic action star.

Making a foray back into the horror genre, this time sorely lacking the class of Neil Jordan – Cannon’s sequel to The Texas Chainsaw Massacre sees Dennis Hopper hunting down Leatherface and co. Whilst Tobe Hooper should be admired for not simply retreading the material of his original film, directing TTCM 2 as a black comedy – there is something unsettling and a bit tacky about it.

Possibly hoping to turn Roy Scheider into a Bronson-esque action star, John Frankenheimer’s 52 Pick-Up is often regarded as a cinematic misfire. However, 52 Pick-Up is one of the strongest Cannon films, both the casting of Scheider and direction of Frankenheimer prove to be a refreshing change from traditional Canon fare. It also features Prince protoge Vanity in one of her first acting roles.

Bloodsport, one of Cannon’s biggest success stories (making over 100% of its budget back) launches the career of Jean-Claude Van Damme. It showcased JCVD’s martial arts skill and precision in a gritty unforgettable fashion that only Cannon films could. Unfortunately, the Muscles from Brussels had yet discovered the English language but one cannot deny that this is martial arts cinema at its finest.

Cannon’s attempt at a Poirot murder mystery proved to be a solid one with regular all-star cast that one could expect from a Agatha Christie adaptation. There are nearly as many face kicks as Bloodsport, courtesy of Sir John Gielgud (not really, but that would be AMAZING).

Possibly the most outrageous of the Bronson/Thompson Cannon collaborations is Kinjite: Forbidden Subjects, where Bronson’s cop tackles a prostitution ring – he is unaware that the child he is trying to save is actually the daughter of a man that sexually assaulted his daughter on a bus. One of the highlights features Bronson forcing a drug dealer to eat his watch – now that’s how you cut down the crime rate.

One of the final pictures for The Cannon Group sees a fusion of a traditional Chuck Norris action-thriller with a supernatural horror. It’s an odd venture and is likely to amuse most die hard Chuck fans. Needless to say it was not a success, but seeing Chuck kick an evil demon in the face is kind of cool.