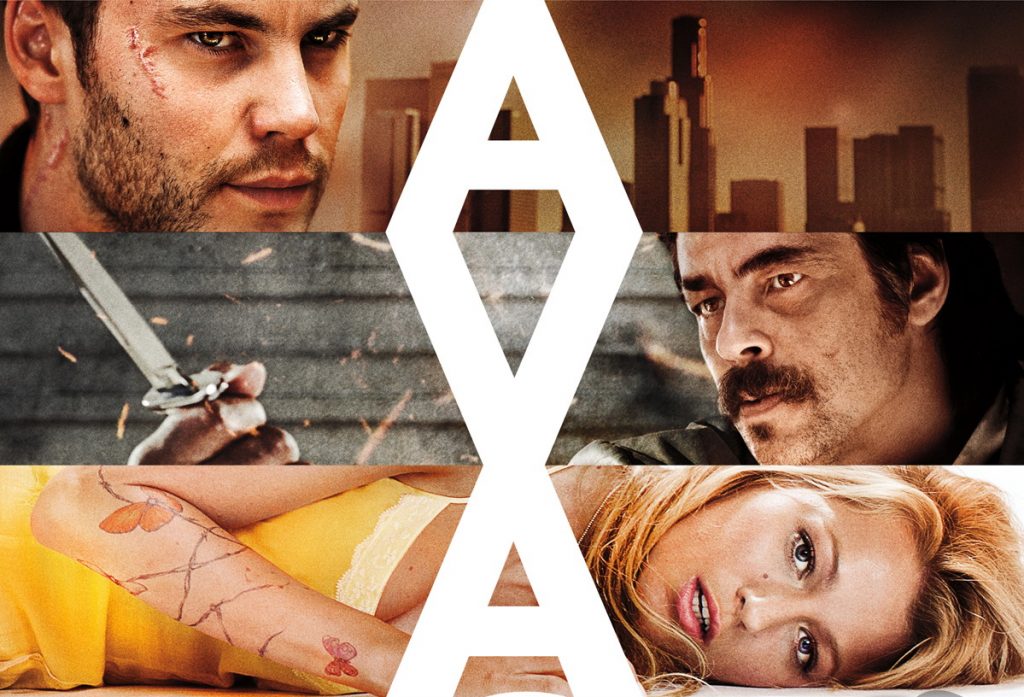 After a mixed critical reception in the US, Savages is now receiving its UK run. While it may not reach the heights of some of Oliver Stone’s finest work, it does prove to be a glossy, entertaining crowd pleaser.

Best friends, Ben (Aaron Johnson) and Chon (Taylor Kitsch) run a successful marijuana business in an idyllic California town alongside their mutual girlfriend Ophelia (Blake Lively). However, this is interrupted when the Mexican Baja Cartel demand that Ben and Chon partner with them, despite the friend’s refusal. This results in the kidnapping of Ophelia by Lado (Benicio Del Toro), the Cartel’s enforcer and a high stakes battle between Ben and Chon and the Cartel.

Savages is stunningly shot by director of photography Dan Mindel – capturing the crystal clear idyllic nature of the Californian coastline and the barren deserts with equal beauty. In general, the glossy locations in Stone’s latest feature prove to be completely picture-esque to watch, despite feeling slightly inauthentic. It is the action sequences where Stone comes into his own – with the visual splendor of the locations soon turning into the backdrop for violent, gritty set pieces including  raids on the cartel safehouses or Lado’s home-invasions.

The relatively simple narrative should be one of Savages stronger assets but unfortunately, this lean story is stretched over a 131 minute run time. Whilst Stone does his best to assure the feature never becomes boring, some sequences feel tenuous and unnecessary – like a bizarre excuse to keep the film running. The simple structure of Savages is also challenged again, this time by the use of multiple endings – most of which feel over-showy and unfitting with the rest of the narrative. The first in particular can only be described as a disaster, coming across as a truly juvenile piece of filmmaking (think Dallas’ shower sequence) that one would not expect from the great Oliver Stone. 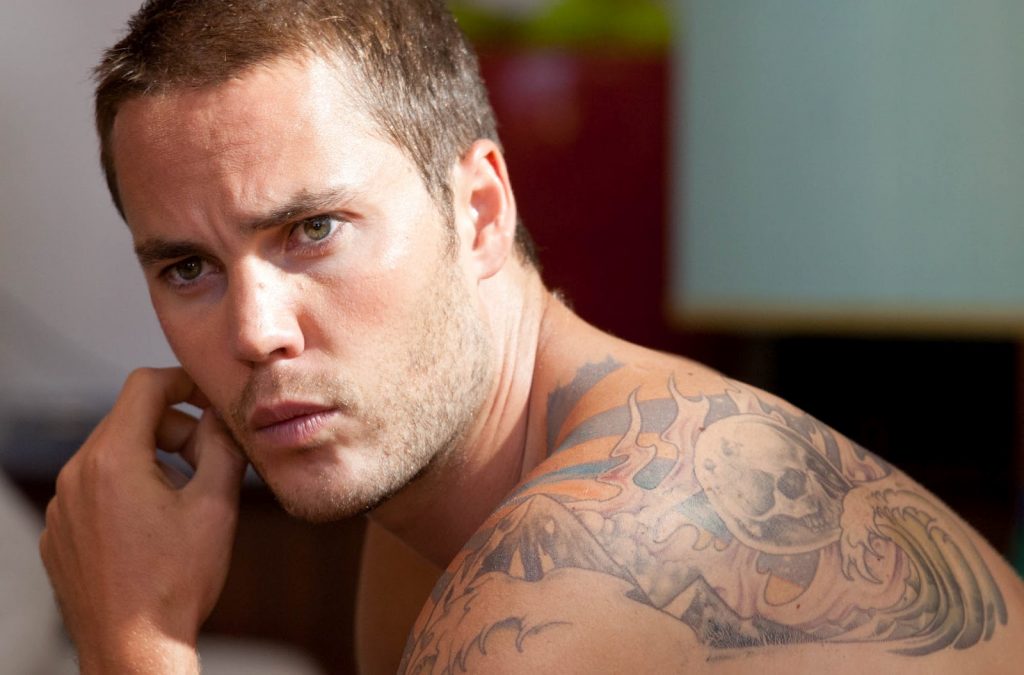 The performances prove to be as mixed as the rest of Savages – Taylor Kitsch is completely convincing as former Navy SEAL, Chon, bringing a sense of intensity and charisma to the role. However, Aaron Johnson fares less well – the character of Ben feels rather inauthentic, despite Johnson’s best attempts to bring the character to life. Blake Lively, an actress who normally impresses, also feels squandered here. Ophelia is an infuriating, pretentious character – the sort of girl who complains that her captors only feed her pizza. Savages also comes complete with a dreadful voice-over from Lively, explaining how ‘free-spirited’ she and her boys are – sigh.

Fortunately, the supporting turns are what make Savages. Salma Hayek dominates the screen as the  Cartel leader with a kind heart, whilst Benicio Del Toro excels as the ‘love to hate’ coldblooded enforcer. A smaller role for John Travolta, as a dirty DEA agent is equally entertaining with it being a complete pleasure to see Travolta’s fast talking agent double crossing anyone he can get his sights on.

Savages is a thoroughly enjoyable crowd pleaser, but sadly pales in comparrison to the majority of Stone’s back catalogue. However, action packed set pieces and an engaging story alongside a strong lead performance from Taylor Kitsch keeps things completely watchable. Whilst the other leading performances feel inauthentic, there are enough charismatic supporting turns to entertain.