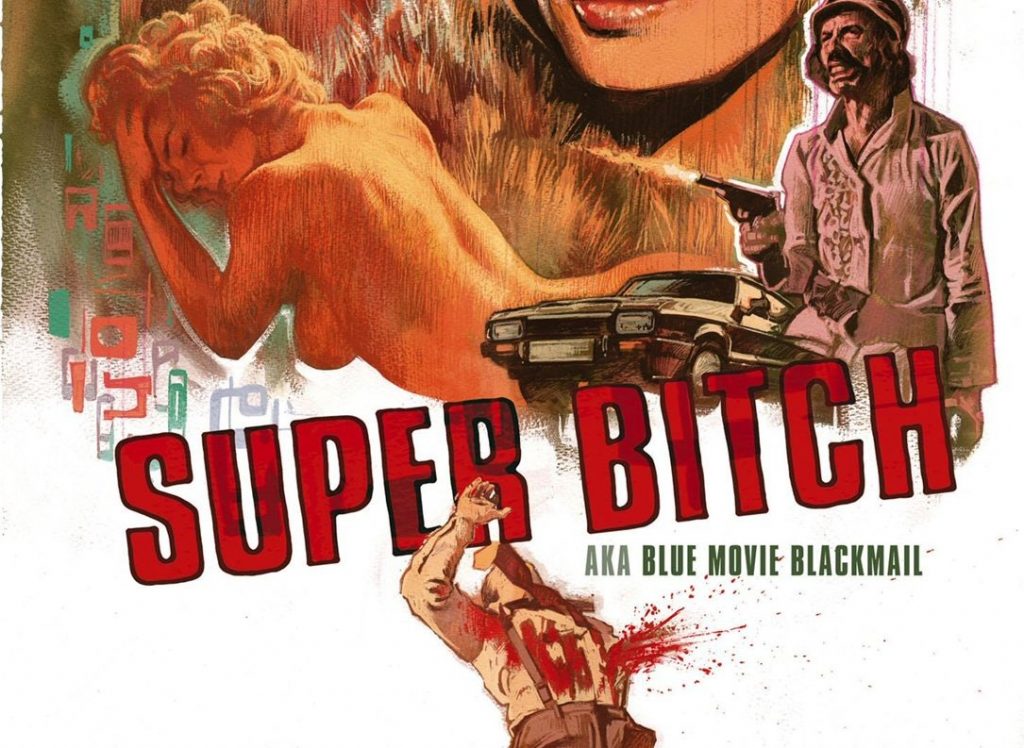 Massimo Dallamano’s latest film to be re-released, Super Bitch, takes us down a different route to the previously reissued, The Night Child. Instead of religious horror, the cinematographer turned director takes us on a tale chock-full of espionage, blackmail and sexual depravity. It is likely to have its fans, but to a casual viewer, it’s difficult to understand the point of Super Bitch.

Undercover police inspector Ivan Rassimov attempts to expose an escort agency that has been blackmailing high profile clients into smuggling drugs over the border.

Super Bitch begins like a trashy James Bond film/Euro-Crime thriller opening with crime honcho, Mama (Patricia Hayes), in a ruined Middle-Eastern city arranging drug deals with a mysterious stranger. It’s not long until this stranger is wiped out by a skulking undercover cop, Cliff (Rassimov) soon resulting in a high octane car chase. Super Bitch begins feeling focused, however, things then seem to take an unfocussed turn with the plot soon verging on softcore erotica meets crude comedy. It all simply feels a bit disjointed and unclear.
The title Super Bitch (used for the film’s 1980s reissue, to cash in on Stephanie Beacham’s fame as Sable Colby in Dynasty and The Colbys), does not feel hugely appropriate – it gives the impression Dallamano’s film is like The Stud or The Bitch. The original Blue Movie Blackmail is probably a more fitting title.

Beacham does bring her traditional feisty sex appeal to the role and as ever is a complete pleasure to watch as Joanne, the escort sleeping with high profile clients. Ivan Rassimov brings a sense of sleazy gravitas to the role of Inspector Cliff, playing the part of the Dirty Harry-esque cop well.

There is also a funky trumpet infused score from Riz Ortolani (that screams cult film), used to fit the ever shifting tone of Super Bitch. Cult film enthusiasts are likely to enjoy the madness and incoherency of this feature, as well as its trashy charm. Where else would you see a high profile politician dressed as a rabbit being fed carrots by a half naked Stephanie Beacham or Patricia Hayes driving a convertible filled with oddball Italians singing songs about her?

If in the mood for something madcap, and slightly different you could do a lot worse than Super Bitch. However, if you are look for a solid story and sense of focus, Super Bitch is one to miss.
As always, Arrow Video have restored the print to a stellar quality and included a selection of interesting special features, including short documentary, ‘Bullets, Babes and Blood’.