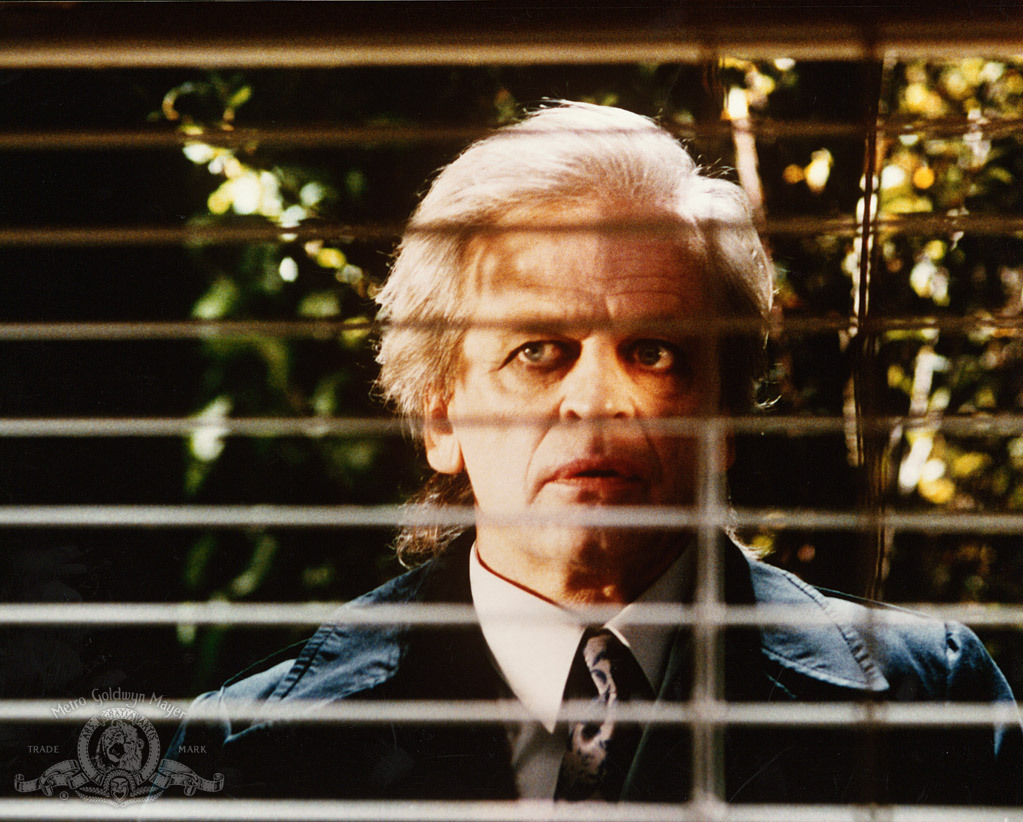 When the iconic Klaus Kinski was not making masterpieces with Werner Herzog, the star was busy making trashy horror films like VENOM, where he battles manic snakes with Oliver Reed or VAMPIRE IN VENICE, where Nosferatu fancies a little jaunt to Italy. As enjoyable as these features are, none can match the sheer trash ecstasy provided by 1986 trashterpiece CRAWLSPACE.

Kinski stars as Dr. Karl Gunther, a Nazi who owns an American apartment block filled with overtly sexual model types. Being the naughty man that Dr. Gunther is, he likes to spy on these ladies through the apartment’s air vents which he accesses through a huge crawlspace which runs through the building.

Crawlspace has everything one could one from a trashy horror from Kinski’s masterful lead performance to amazingly inappropriate musical numbers from supposed singing star Tané (Nope? Us neither.) Kinski brings a demented energy to the role of Gunther – a man who is fixated with Nazi experiments (keeping his victims body parts in jars etc.) as well as having a fixation with rats and a androgynous Jew kept in a cage in his attic – it’s all a bit cliche but Kinski makes it fascinating.

The voyeuristic horror in Crawlspace manages to be truly unsettling, yet unintentionally hilarious at the same time. The sight of Kinski intensely watching victims through air vents is somewhat disturbing, but this is cancelled out by the sheer ridiculousness of the female characters that he preys on. From a bimbo soap opera actress who plays a soap opera actress on a soap opera (mind-blowing) to a frumpy neighbour that has little to do but carry a pack of M&M’s clutched to her chest.

However it is Tané’s performance in particular is a complete joy to watch – she plays a pop star tenant, with Barbra Streisand album covers plastered on her walls. Tané provides the film’s musical number entitled “We don’t have to be true lovers”, whilst she has a stellar voice – she also cuts nip slits in her bra to entice her boyfriend’s rape fantasies – not something Ms. Streisand would approve of.

Crawlspace is a mix of manic 80s camp trash and unsettling intensity. Kinski grips as the Nazi landlord, even when he mounts some sort of skateboard and slides along the crawlspace with hundreds of rats – and if that doesn’t make you want to watch Crawlspace then little else will.