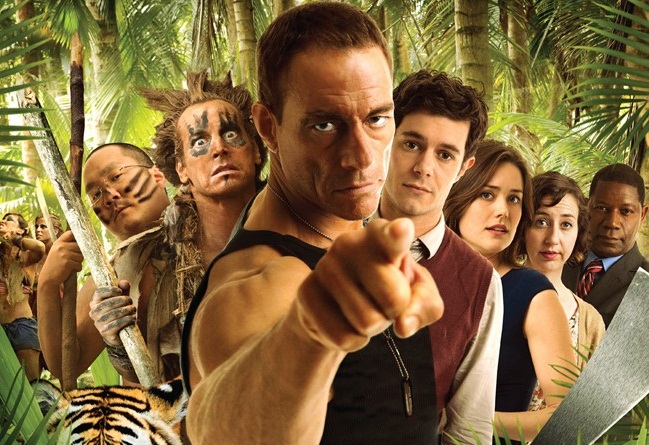 We are completely ecstatic to see Jean-Claude van Damme’s first stab at comedy in the upcoming Welcome to the Jungle. Many of Jean-Claude’s performances have been described as comic – you know we’d never pass up a chance to show this clip at any given moment, but this is his first comic film.

When office staff venture out into the jungle for a team building exercise, things go horribly wrong when their guide – former marine, Storm (JCVD), gets mauled by a nasty cougar. With no one to lead them, chaos breaks lose and relationships are pushed to extremes.

A couple of clips have surfaced online showing Jean-Claude’s comic skills. The second one involving Pinochio had us laughing out loud.

EDIT 28/11: You can read our updated coverage here.