There are lots of movie stars who really (to quote the great Dr. Tobias Funke) don’t get the ‘meaty leading-man parts’ they deserve on the big screen. However, these stars should turn to the world of direct to DVD cinema or even television to get their careers back on track – you never hear Christian Slater, Cuba Gooding Jr. or Ray Liotta crying about their lack of work – with each firing out several DTV (direct to video) titles each year.

So here is our run-down of the actors and actresses that we think should embrace the world of direct-to-DVD cinema, in order to sort their careers out. The pictures are above the descriptions, but you already know that, don’t you? 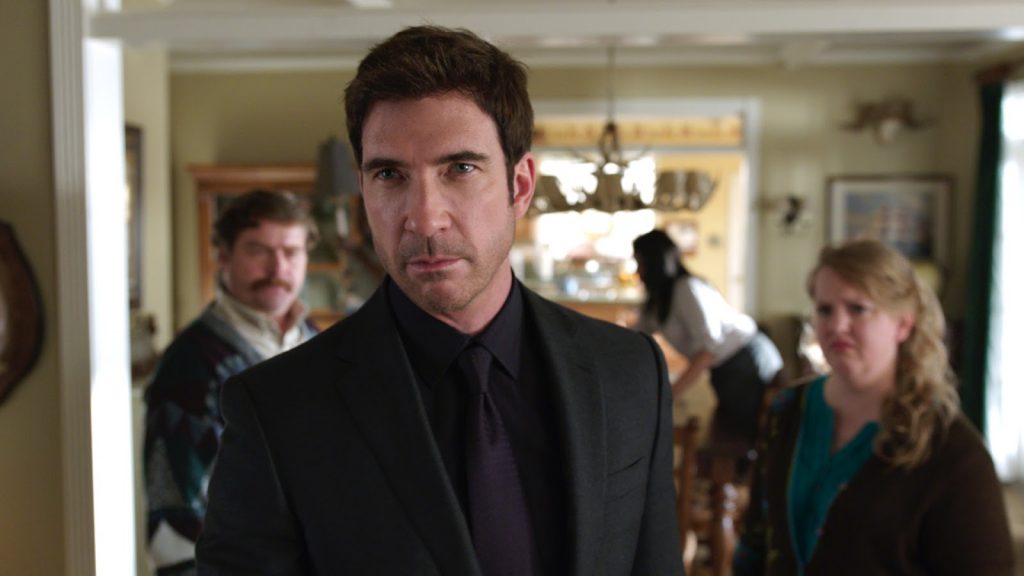 
We loved seeing Dylan “The DILF” McDermott in the first season of American Horror Story as adulterous patriarch Ben Harmon and noticed that the show has given him a new lease of life. Instead of supporting roles in lackluster fare like The Campaign and Nobody Walks, we’d rather see him relaunch as a gun-wielding action star. With a role in the upcoming Olympus Has Fallen, we might get to see him in a supporting role on the big screen. 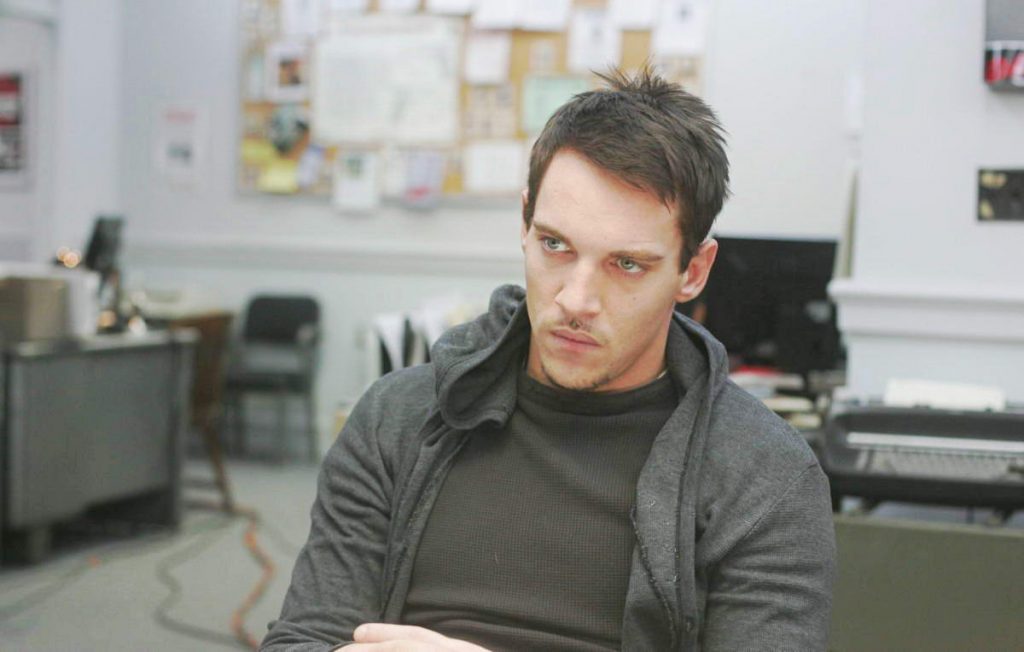 
We thought the handsome young Tudors star would have a stellar leading career in mainstream cinema with supporting roles in Mission Impossible III and From Paris With Love, but nothing really seemed to take off apart from frequent trips to rehab for the Irish actor. The quality of his other output has been disappointing ie. Shelter alongside Julianne Moore, and we’d much rather see him in some smaller films with heart instead of generic mainstream messes. 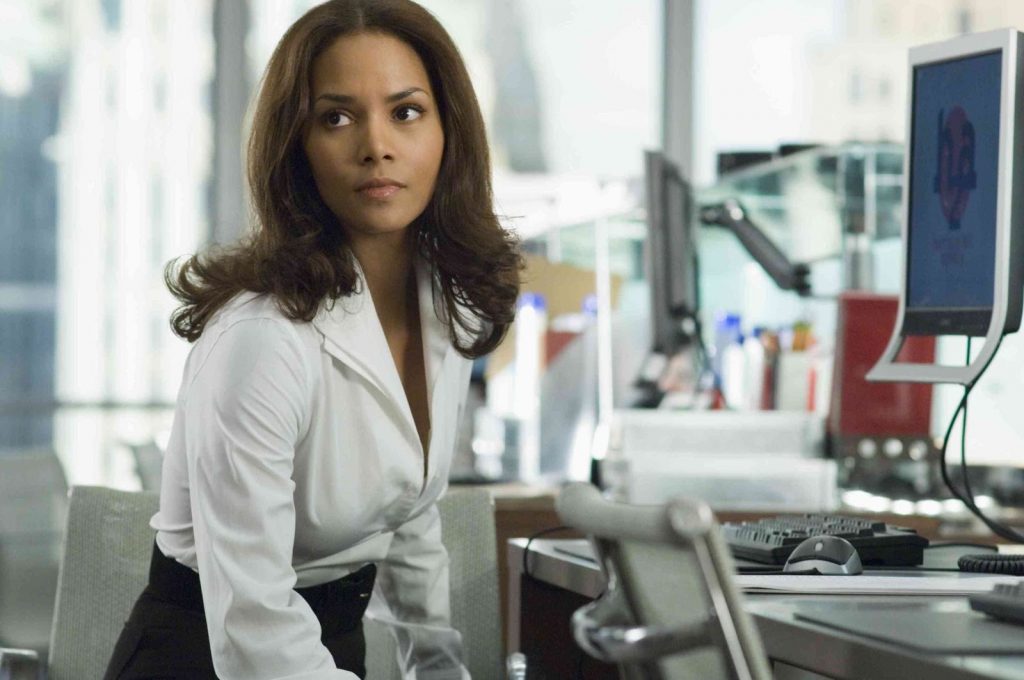 Taking a career break between Thing We Lost In The Fire and Frankie and Alice may have been a bad career move for Halle, this resulted to her returning to films like Dark Tide. She could always turn Catwoman into a DTV series? 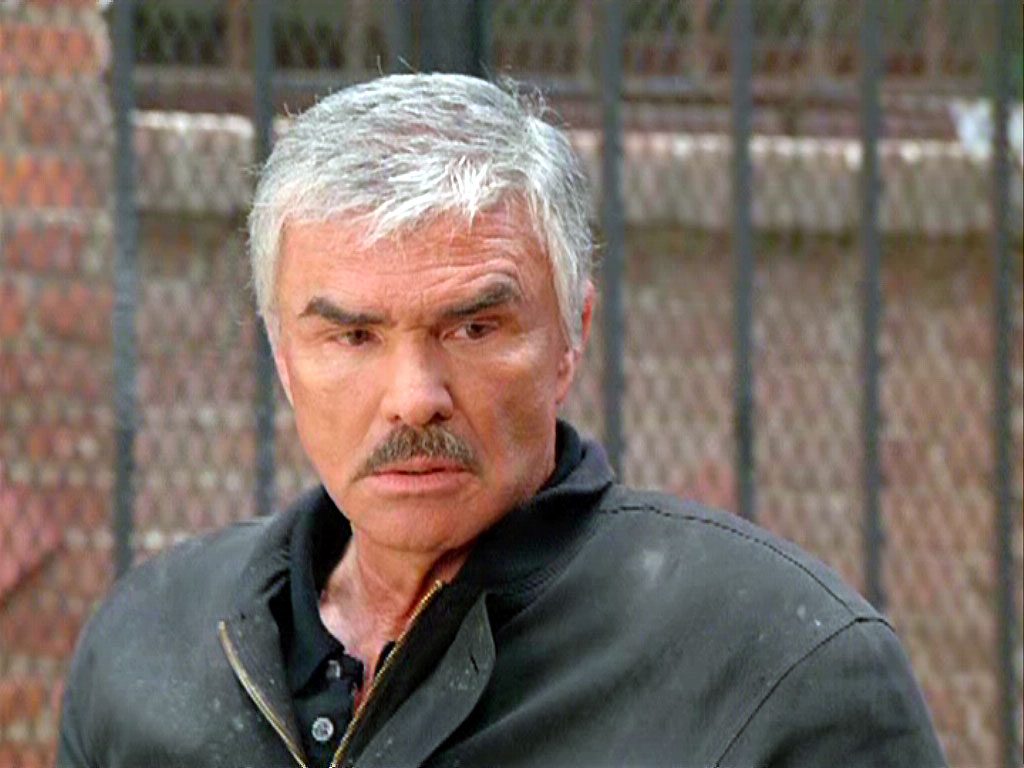 
Burt was one of the biggest stars of the seventies and eighties but in recent years has fallen into some dubious projects (with the exception of the wonderful theatrical farce, A Bunch of Amateurs) like My Name is Earl. Burt should return to action and as its not likely to be on the big screen, we’d all welcome him to the world of direct to DVD (in possibly a Death Wish style series?) 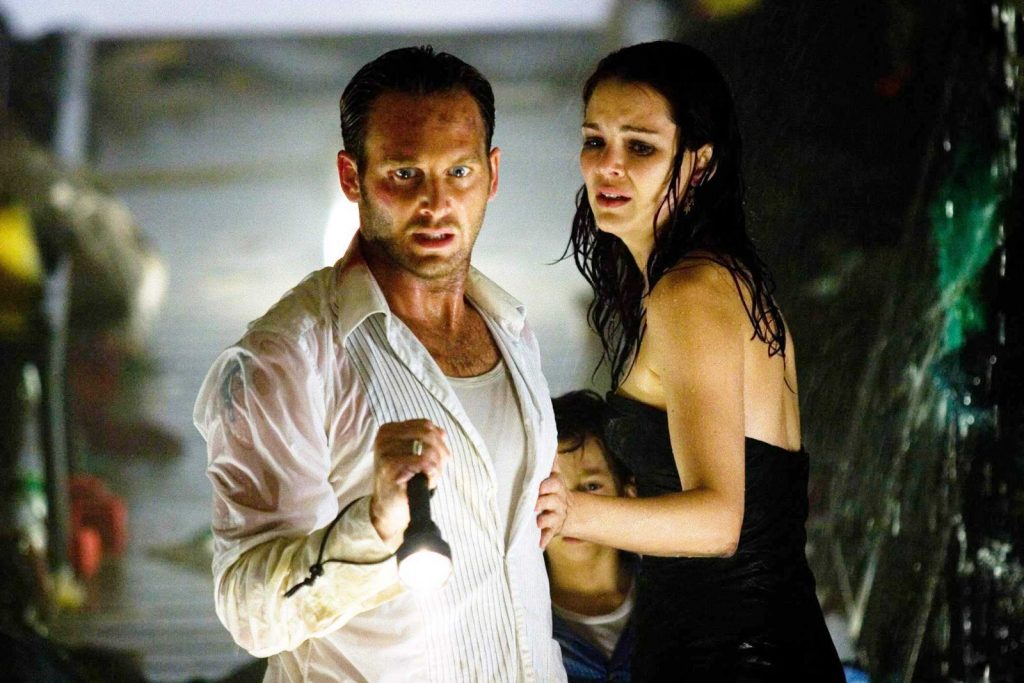 
Josh Lucas has always impressed us with competent leading turns in the likes of Poseidon, but now has fallen into bland, forgettable cinematic supporting roles. Fortunately he’s found a solid role in TV’s The Firm and has lots of smaller scale film projects coming up. 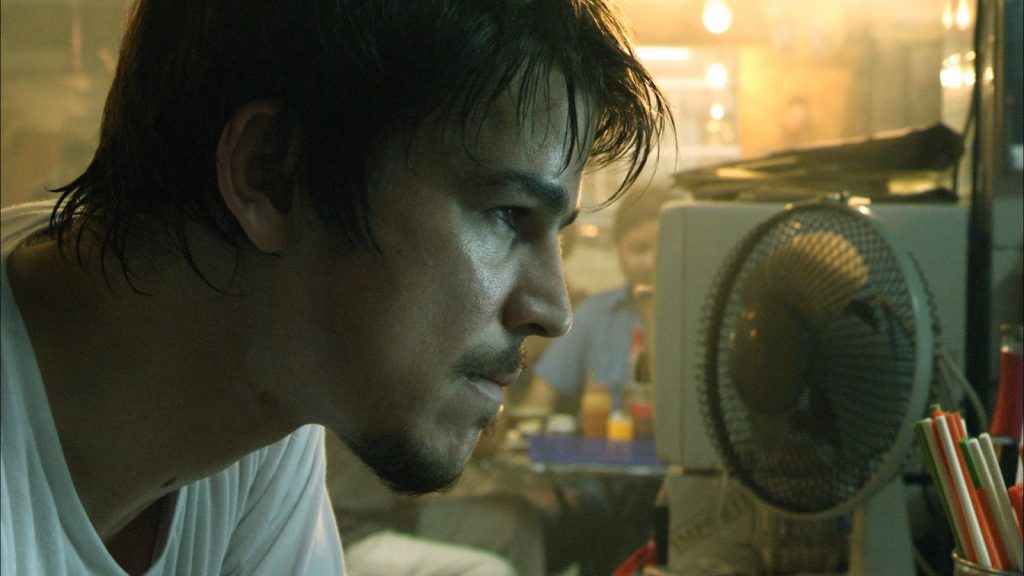 
Starting as one of the most promising young stars, Hartnett faded off the big screen into exciting smaller projects like Bunraku and I Come with the Rain. With nothing major approaching we think Josh is making the right move by shining in smaller, more intimate project as opposed to painful schlock a la Hollywood Homicide. 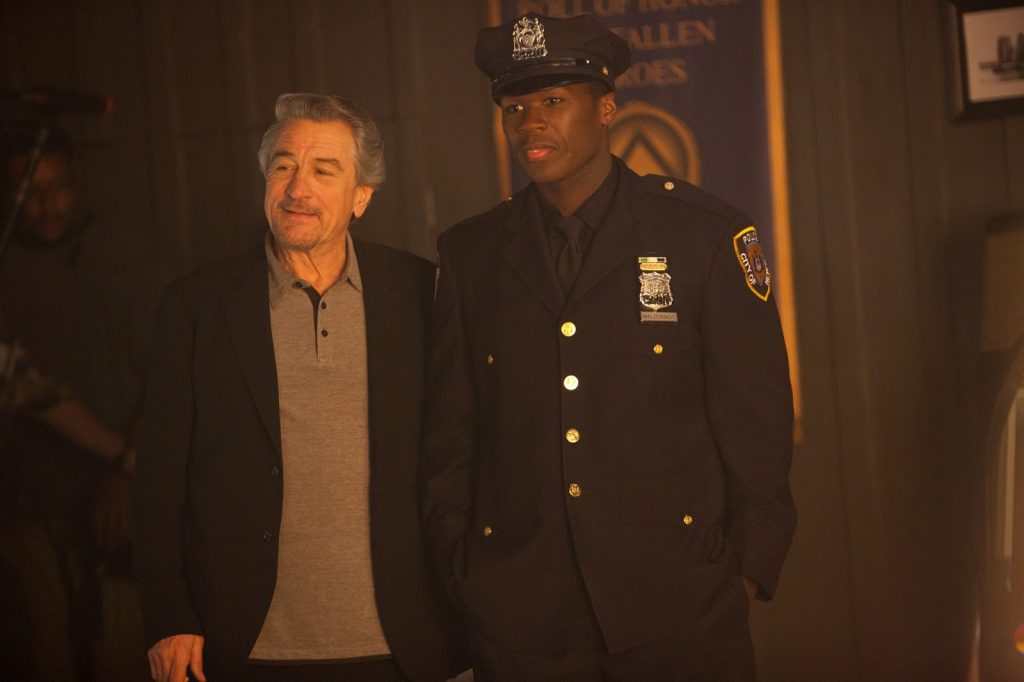 
De Niro manages to balance a Hollywood career with supporting roles in direct to DVD cinema like Stone and Crossfire. 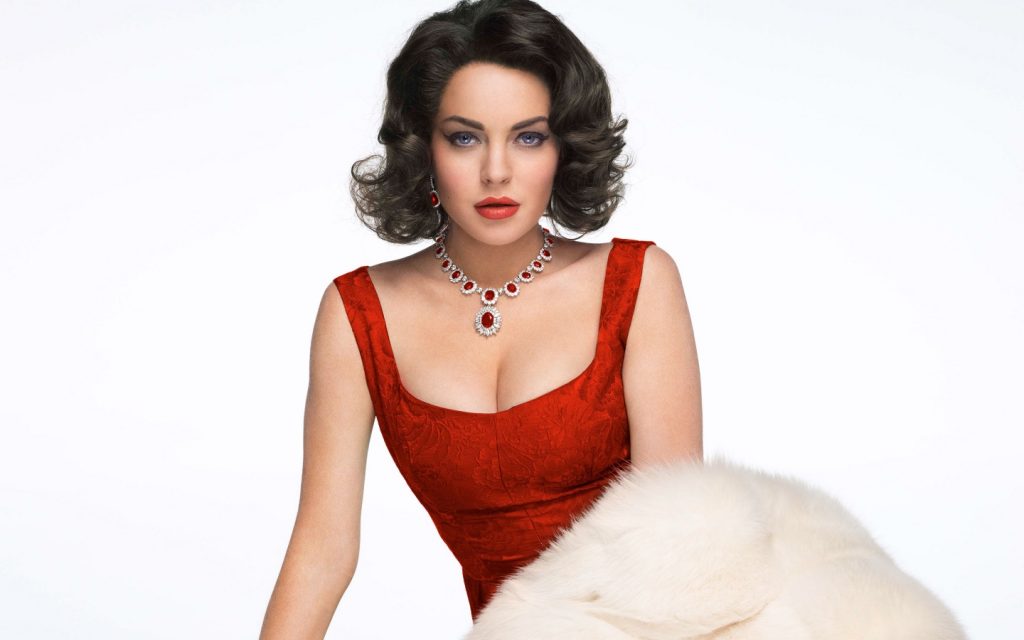 Li-Lo is an icon but with her not so wise career choices and outrageous antics is likely to come crashing down into the world of DTV again – we’re talking Labor Pains 2. 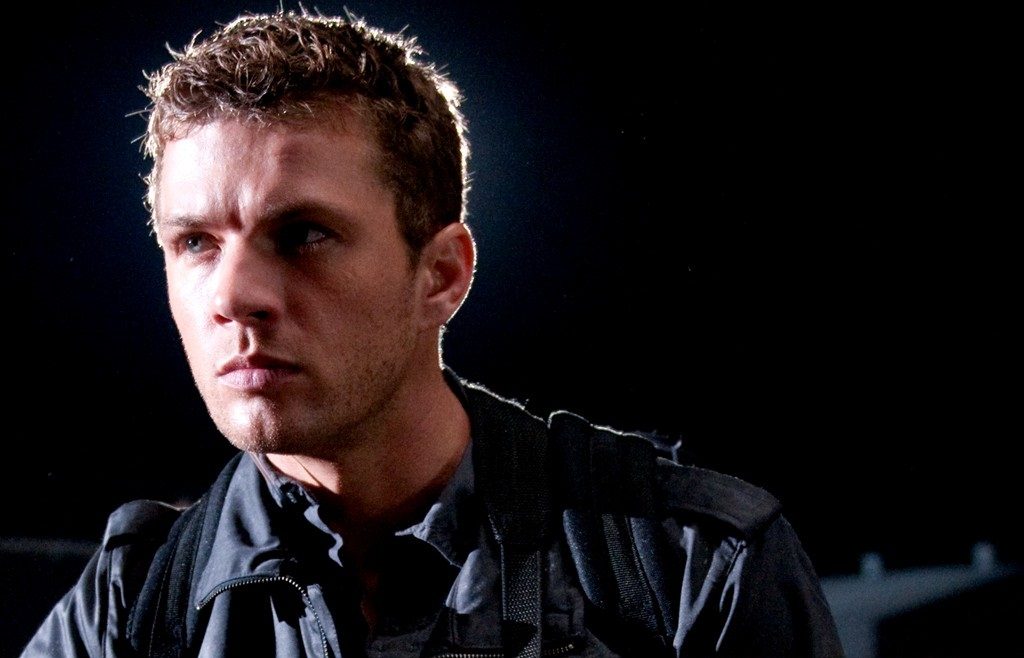 
A lot of Ryan’s newer releases are not making it to cinemas from the vastly underrated, The Bang Bang Club to the not so entertaining, Setup. With a role in Damages and some smaller scale projects, including his directorial debut, Shreveport coming up – it looks like Ryan will be sticking to indie projects for a while. 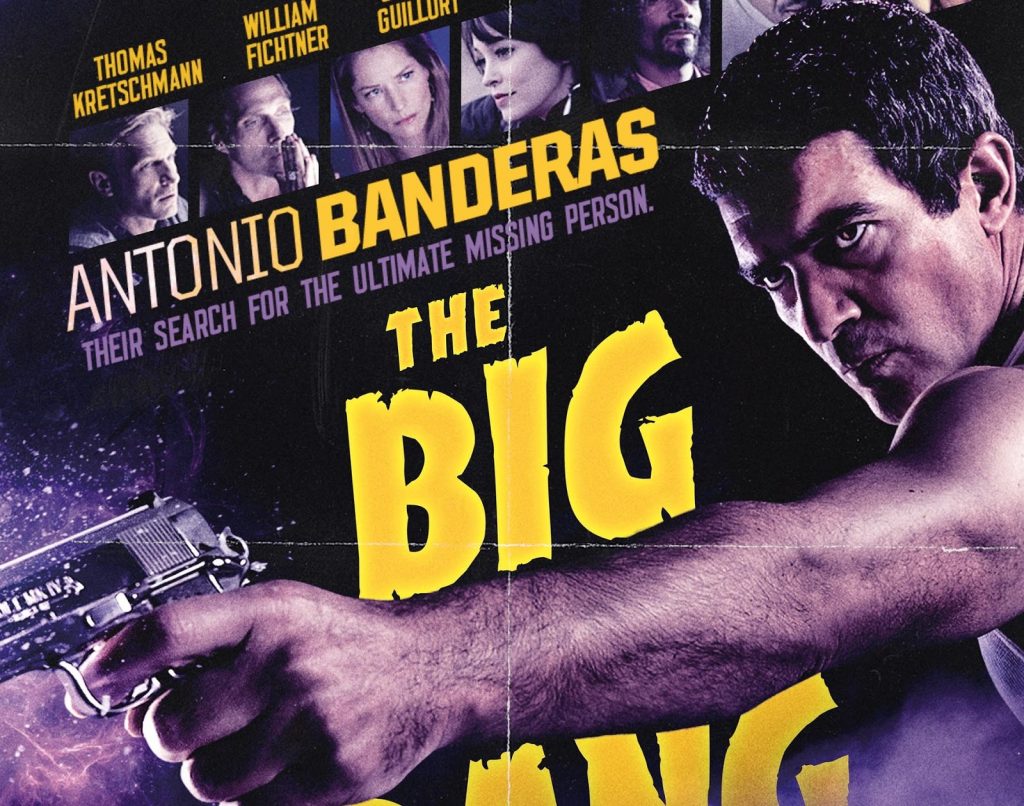 
We’re not too sure if the film world really knows what to do with Antonio Banderas. He shined recently in Spanish language feature, The Skin I Live In and has a couple more Spanish features approaching, as well as some interesting cinematic roles (ie. Machete Kills) 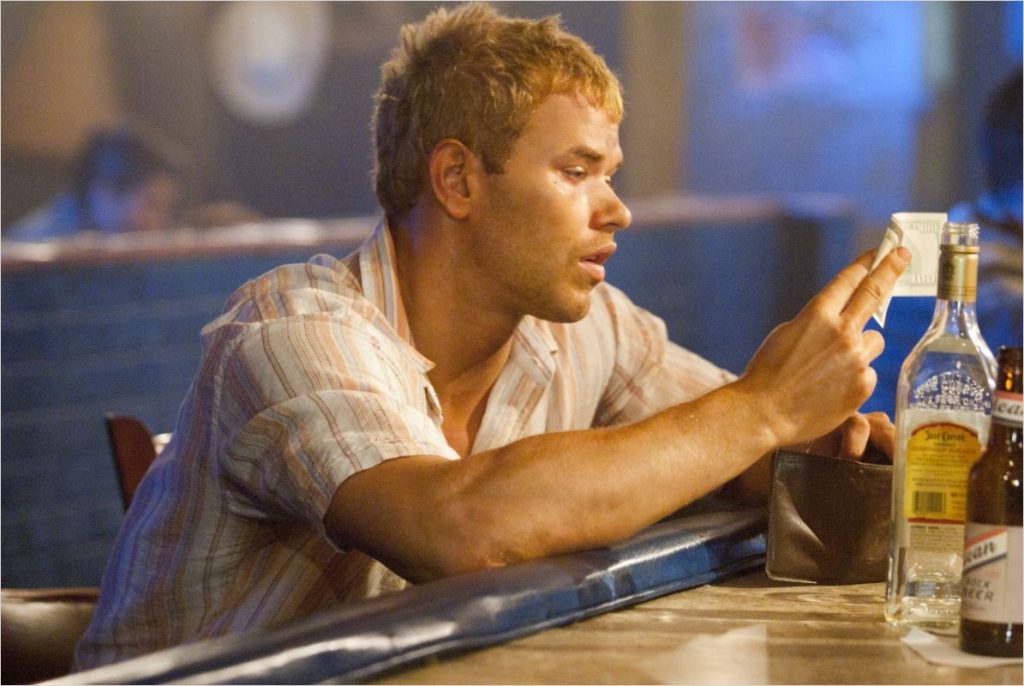 
The first of the Twilight crowd on our list. We like Kellan, but think he is wasted in the Twilight films, being nothing more than a minor supporting character. He seems to be too pretty for big screen roles with the exception of A Nightmare on Elm Street and Immortals, but looks set to shine in the DTV world. 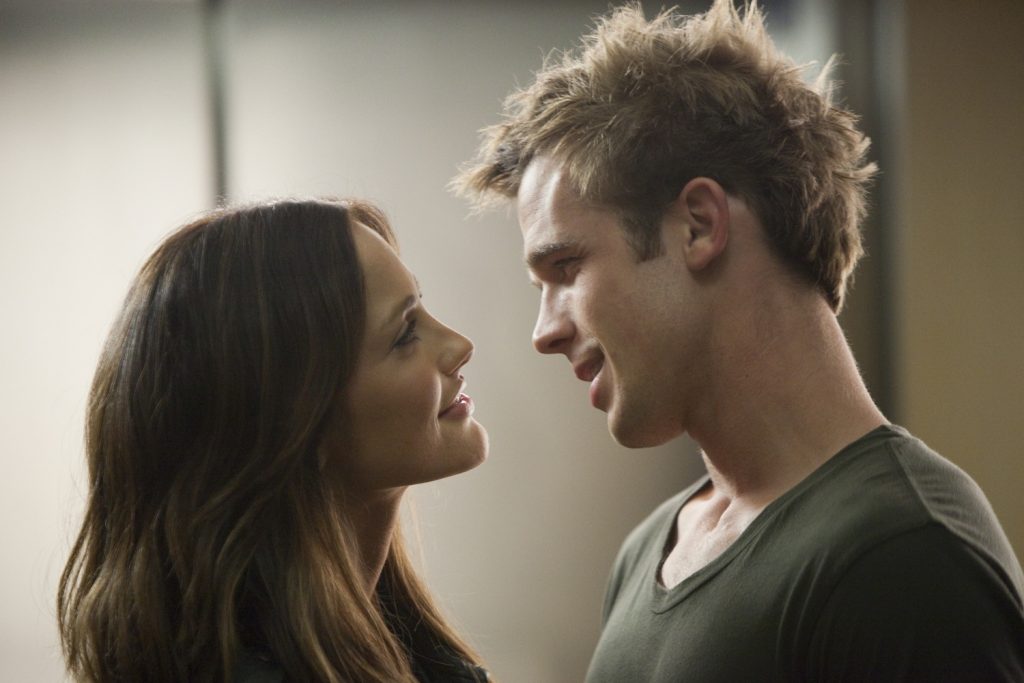 
The second Twilight star on our list has had more luck on the big screen than co-star Kellan Lutz, but we are not sure how long this is set to last. It looks like Cam will be splitting his time between smaller cinema releases and the home video world, with upcoming roles in Catherine Hardwicke’s Plush and penis comedy, Johnson (yes, penis comedy.). 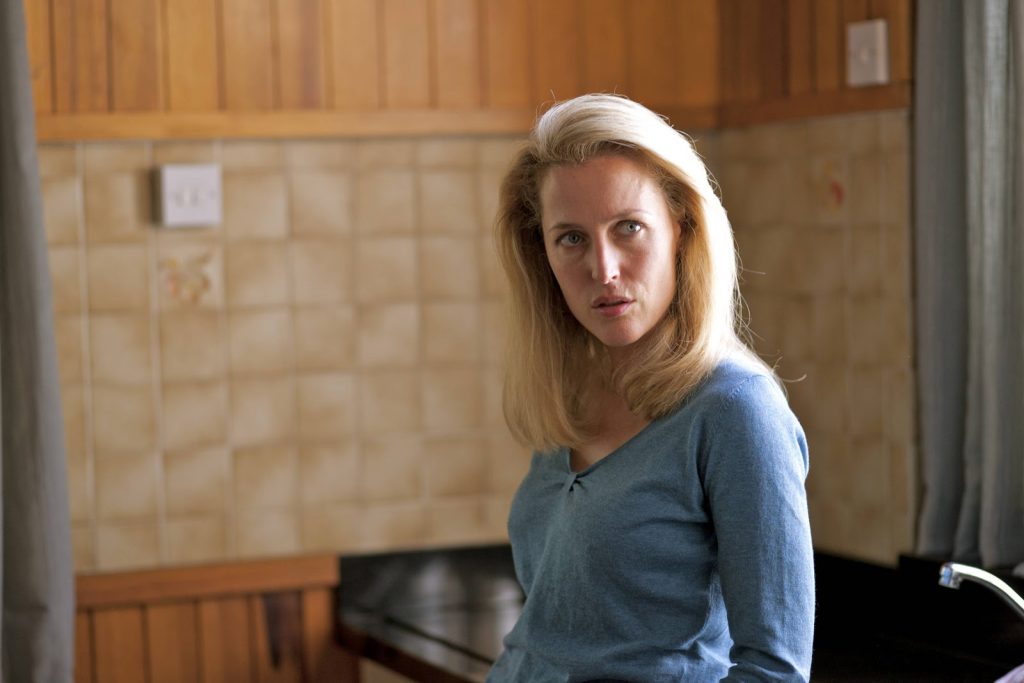 
The former X-Files actress has taken a variety of roles since leaving the iconic series from an MI6 agent in Shadow Dancer to an attack victim in Straightheads. We’d love to see Gillian in some Gothic horror, something like Theatre of Blood – allowing her to show off her acting chops and have some fun. 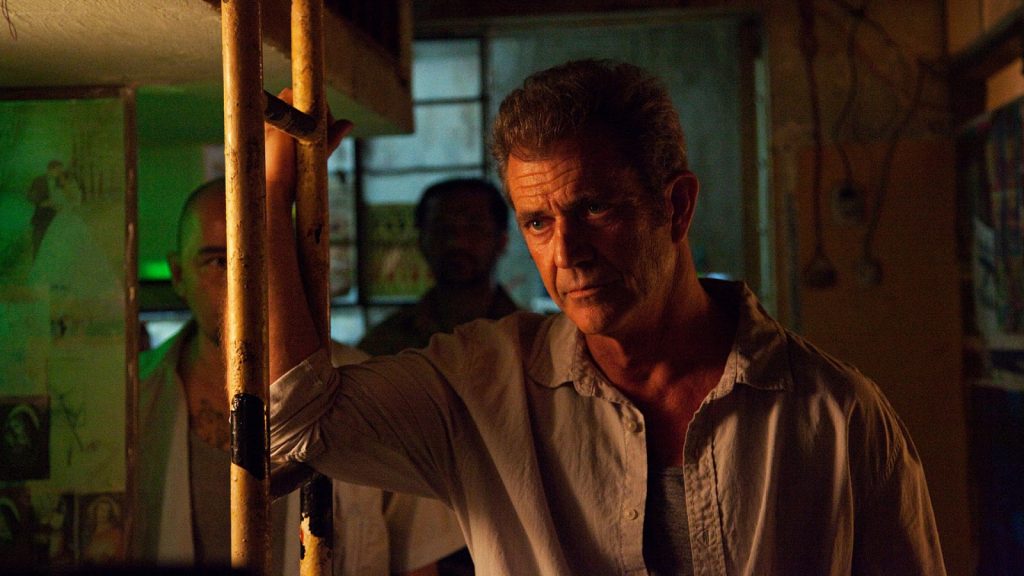 
Oh Mel. We still love you, but we’re not sure anyone else does. The Lethal Weapon star still proved to be a capable leading man in The Beaver and How I Spent My Summer Vacation, but these hardly set box offices alight. If Mel’s controversial personal life leads to movie roles drying up – it’s a sure guarantee that he’ll find work directing. 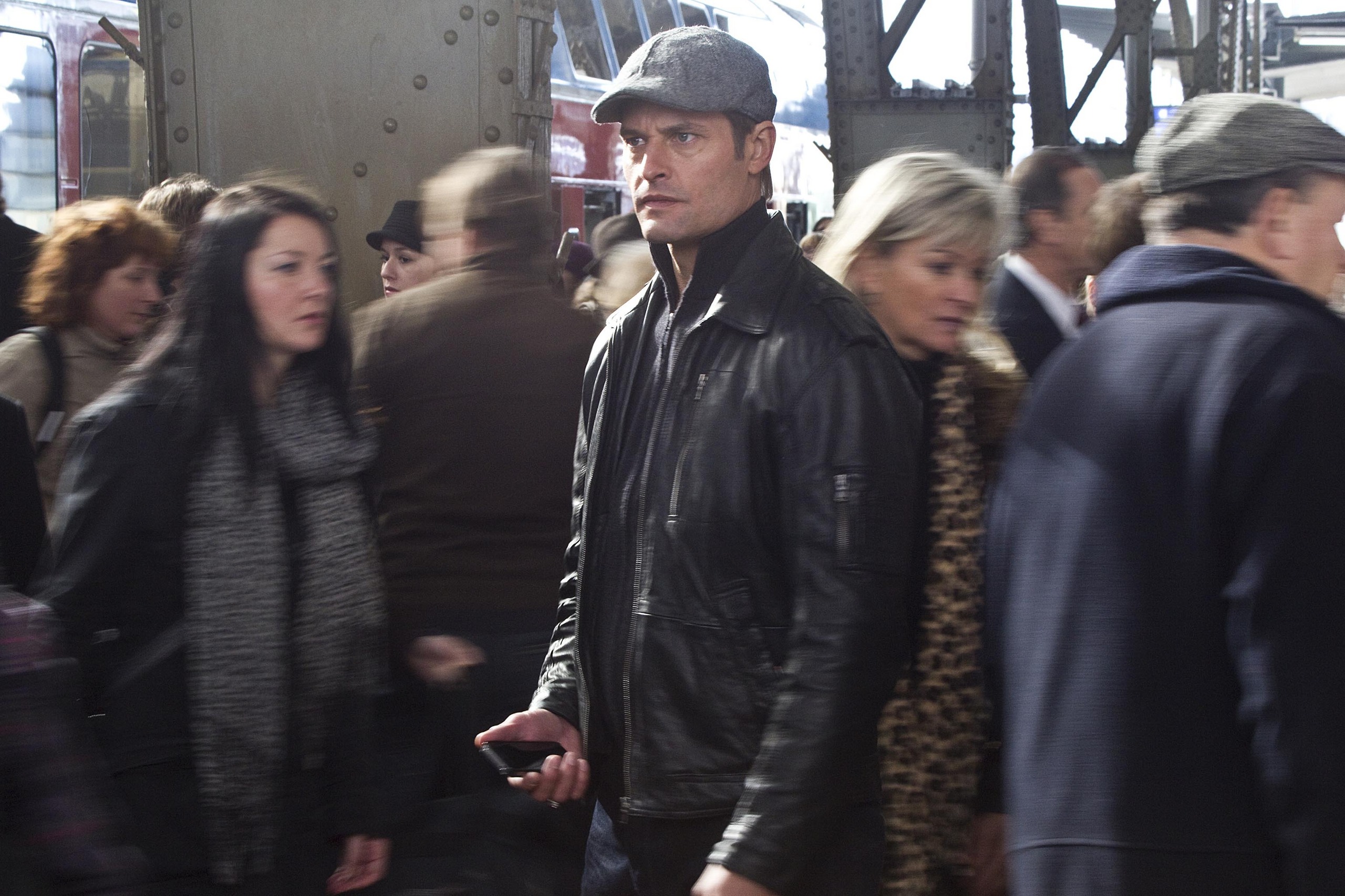 
The former Lost star looked set for big things after the end of the iconic series and has settled in smaller cinematic supporting roles including parts in Arnie’s latest, Ten and high-profile thriller, Paranoia. 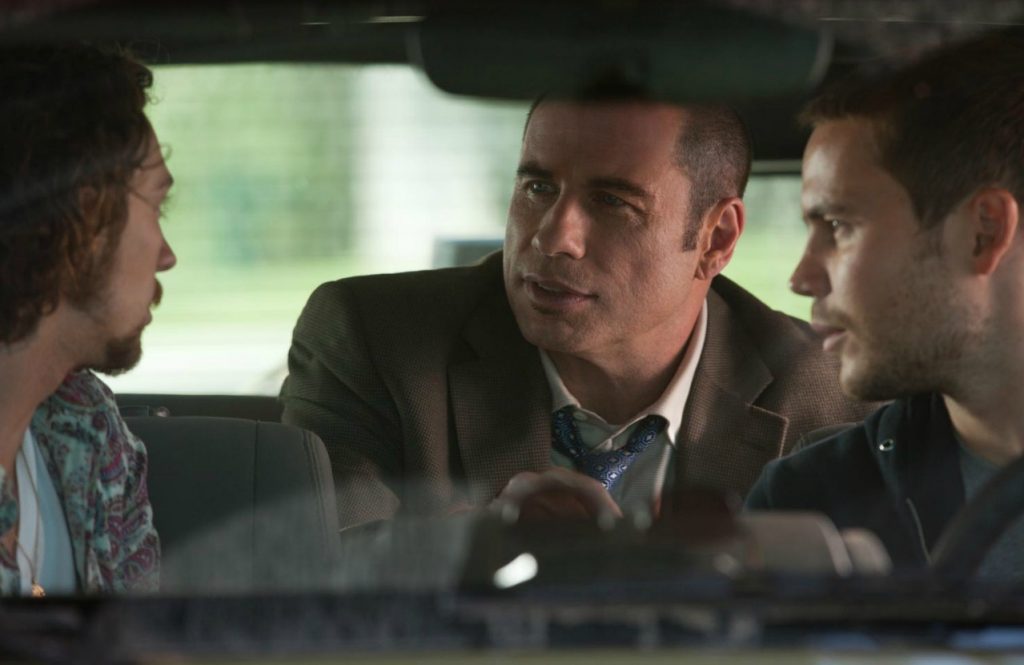 
Travolta’s career has seen its share of ups and downs, now following into major supporting roles in the likes of Savages. Whilst these are entertaining, we like to think Travolta could be the next Steven Seagal – just imagine him in a long black leather jacket.


Goldie hasn’t done a film since 2002, we think she’s ripe for a comeback. We picture her in a series of direct to DVD movies about a drunken, slurring grandmother who still looks banging.