Don’t Tell Me Not to FlyRating: ★★★★Venue: Underbelly – McEwan HallTickets 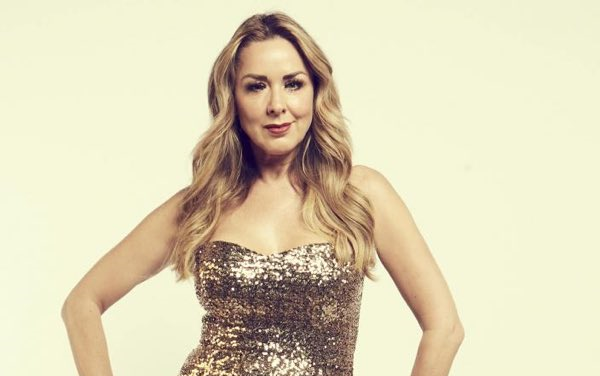 The premise of Don’t Tell Me Not To Fly is a clever one: four West End leading ladies – Janie Dee, Danielle Hope, Ria Jones and Claire Sweeney – take a stint leading the show which is part celebration of musical theatre, part reflection of their life and career. Claire Sweeney was the designated leading lady for her final performance on Monday the 13th of August.

With impressively crafted animations and a pre-recorded narrator, our leading lady is tasked with answering ten questions which she must also pair with a song/musical number. Accompanied by musical-director and pianist Lindy Tennent-Brown, Sweeney dips into her early life (with heartfelt, amusing family anecdotes) and her impressive West End career for a mix of anthems from music theatre, film and the world of pop.

Opening with Somewhere Over the Rainbow paired with an anecdote about performing in Liverpool social clubs, the performer then dips into an impressive Chicago medley. Sweeney’s vocals are impressive and the singer has the ability to fill the McEwan Hall auditorium which her rich voice. In response to a question about her superpower – the ability to laugh, Sweeney shares a bittersweet, amusing anecdote about Liverpudlian sensibilities after the loss of her father – which inspires an emotionally-charged rendition of Peggy Lee’s Black Coffee.

We make a return to musicals with Meet Me In St. Louis’s The Trolley Song , followed by a Frankie Valli and the Four Seasons’ medley inspired by Sweeney’s desire to be in Jersey Boys (if she could choose any male role). The performer ventures into the crowd for a rousing medley that dips into Walk Like a Man, Big Girls Don’t Cry amongst others. Sweeney showcases her pop credentials with a touching rendition of John Lennon’s Imagine, before awakening the audience’s patriotic sides with Vera Lynn classic We’ll Meet Again – complete with miniature Union Jacks. The singer’s passion is infectious and her love for these songs feels truly authentic thanks to the energy and enthusiasm she puts into each number.

Sweeney dips into stories about driving through motorways whilst promoting Sex and Suburbia, balanced with the challenges of motherhood and paying a mortgage before delivering a rip-roaring rendition of The Greatest Showman’s This Is Me. In another well-crafted personal note, Sweeney then performs an Andrew Lloyd Webber medley from her youth, before closing with Life Is Like a Bowl of Cherries.

Don’t Tell Me Not to Fly is stunning showcase for Claire Sweeney who soars in her final performance. Heartfelt and humorous anecdotes, paired with powerhouse vocals and a genuine sincerity make this show a treat from start to finish. This writer cannot help but think Sweeney’s versions of these songs and their thematic link would make a fantastic album.

There’s also no doubt that the format of Don’t Tell Me Not To Fly will allow for sensational turns from Danielle Hope and Ria Jones.