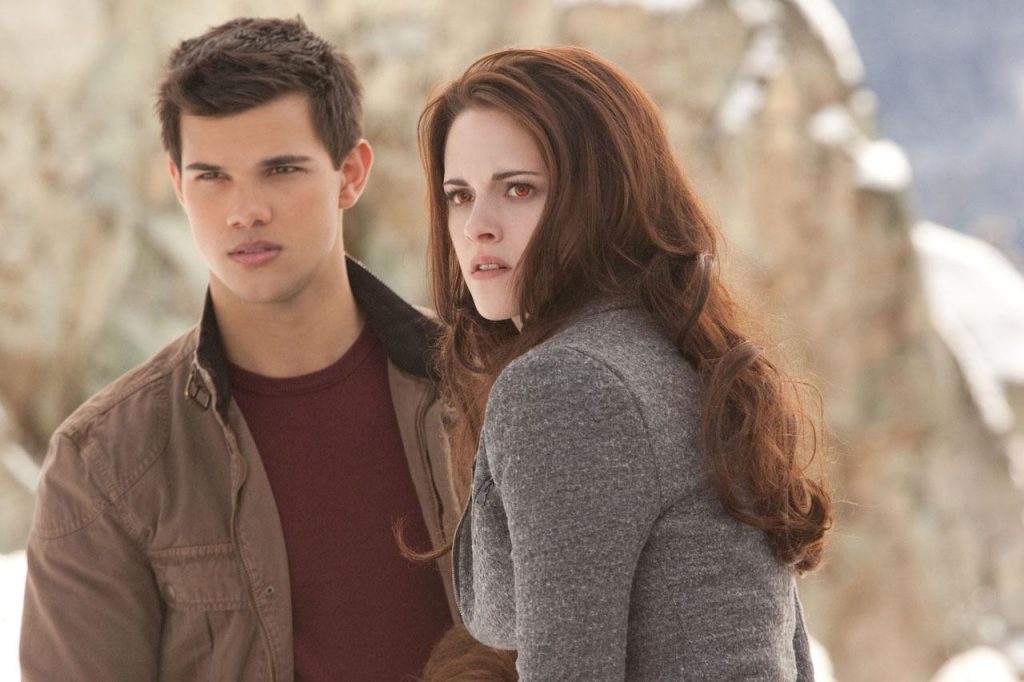 We’re not huge Twihards here, but equally – we dislike the immense hate the film gets from ‘online tough guys’. So as always, we’ve tried to give this review from a balanced perspective and can safely tell you it is the strongest entry in the series, but by no means a landmark piece of filmmaking.

The birth of Edward (Robert Pattinson) and Bella’s (Kristen Stewart) daughter, Renesmee leads to extremes accusations from vampire authority, the Volturi. In order to defend themselves from an attack, Edward and Bella gather an army of vampires to be prepared when the Volturi strike.

Breaking Dawn Part II gets off to a strong start with a visually rich title sequence – delving into a deep palette  of blood reds and snow whites. However, this inventive sequence proves to be the only distinguishable  visual change in the saga, Bill Condon’s (Dreamgirls, Breaking Dawn I) direction sticks with to traditional Twilight style, one would be hard pushed to separate Condon’s direction from any other of the series directors aesthetic. Even Breaking Dawn Part II’s emphasis on action is still handled in a slow brooding fashion viewers have come to expect from the series – never hugely picking up in energy or a believable sense of tension.

This action feels rather chaotic – without convincing tension or any sense of gravitas, it is hard to connect when dozens of characters are slaughtered in a matter of minutes. Possibly with slightly more gritty, violent direction one could become more involved – the vampires in Twilight shatter like breaking porcelain, even when their necks are snapped (in the least violent manner possible), it is just poorly handled and lack any sense of realism. Considering the whole saga has been building up to this final battle, Melissa Rosenberg’s screenplay makes a very juvenile move, which is set to divide audiences. Just think of Bobby Ewing re-emerging from the shower in Dallas, and you’ll get a rough idea of the lazy plot move in-store.

The performances from the leading three players all feel vastly improved from previous entries into the saga. Kristen Stewart’s performance feels injected with life and energy – the inclusion of Bella’s daughter gives us an increased emotional investment into the series, that Stewart handles well. Pattinson who is a strong actor, also gives a respectable performanc – although the role of Edward is hardly a challenge for someone who’s previous projects including working with David Cronenberg and acting juggernauts like Christoph Waltz. Taylor Lautner also shows a great improvement – the character of Jacob is more respectful of Edward and Bella’s relationship, which allows Lautner to tone his performance down (no cringe-inducing over-acting here) and leave a decent impression in the final entry.

This is certainly one for the Twilight fans – if we were heavily invested in the series, then this would be a perfectly satisfying conclusion for us. From the perspective of non-fans, there are enough slight improvements from previous entries to make this moderately watchable.