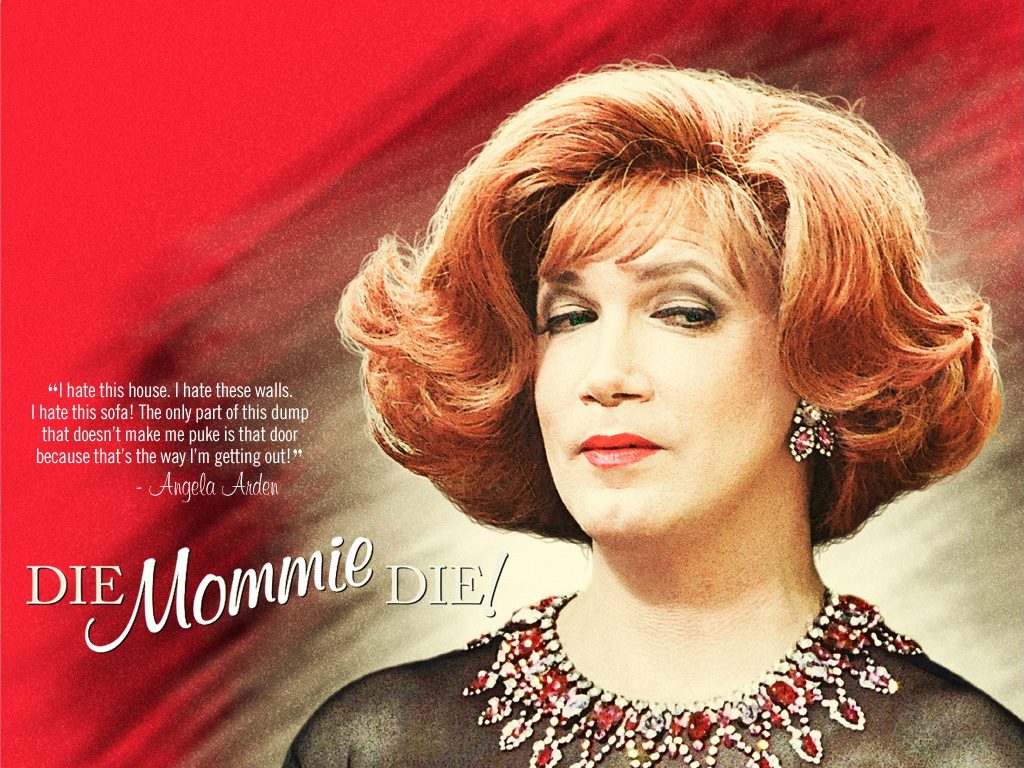 Fans of classic woman’s cinema will be in heaven with the truly delightful pastiche, Die, Momie, Die! Adapted from American playwright, Charles Busch’s play of the same, both paying homage and spoofing some of the Golden Age of Hollywood’s finest films. These films where we would see a powerful female character in a dark situation – just think of Joan Crawford in Mildred Pierce or Bette Davis in Dead Ringer and you’ll find some stirring parallels in Busch’s work.

Die, Momie, Die! follows Angela Arden (a convincingly dragged up Charles Busch), formerly a successful singer, as she tries to resuscitate her career. However, her unhappy life at home gets in the way, in the form of her miserable husband (Phillip Baker Hall), meddling housekeeper (Frances Conroy) estranged daughter (Natasha Lyonne) and sexually confused son (Stark Sands). Not to mention her handsome but incredibly suspicious boyfriend (Jason Priestley).

For those that like their humor chocked full with classic camp, Busch’s sharp script will deliver. From Angela’s elaborate musical flashbacks (oozing with the sinister charm of What Ever Happened to Baby Jane?) to her calculating murder of through an arsenic laced suppository. Die, Mommie, Die! presents us with a classy facade, but like the real world of Hollywood has a seedy, crass underbelly. This blending of elaborate camp and trash makes for a truly unforgettable watch.

Charles Busch is clearly the star of the show, as the desperate Angela clinging on to any granule of Fame she can get her hands on. Busch’s attention to detail is magnificent – with the aesthetic of Die, Mommie, Die! feeling like it has been lifted straight out of a 1950s melodrama – from the fast paced line-delivery to Angela’s seductive slow glances and movements. Busch is a force of nature – he has all the style of a classic Hollywood leading lady and an equal amount of acting clout.

Die, Mommie, Die!’s influences are wide ranging -the raunchier sequences (like Philip Baker Hall’s meeting with a poisoned suppository) scream similarities to Myra Breckenridge, whilst the sequences of Busch and her boyfriend, driving around town feel like they have been lifted from Hitchcock’s Psycho.

It truly is an unforgettable watch, filled with high-camp galore, loving homages to some iconic films and plenty of laughs.

You can buy Die, Mommie, Die! on Amazon. It would be a crime not to.