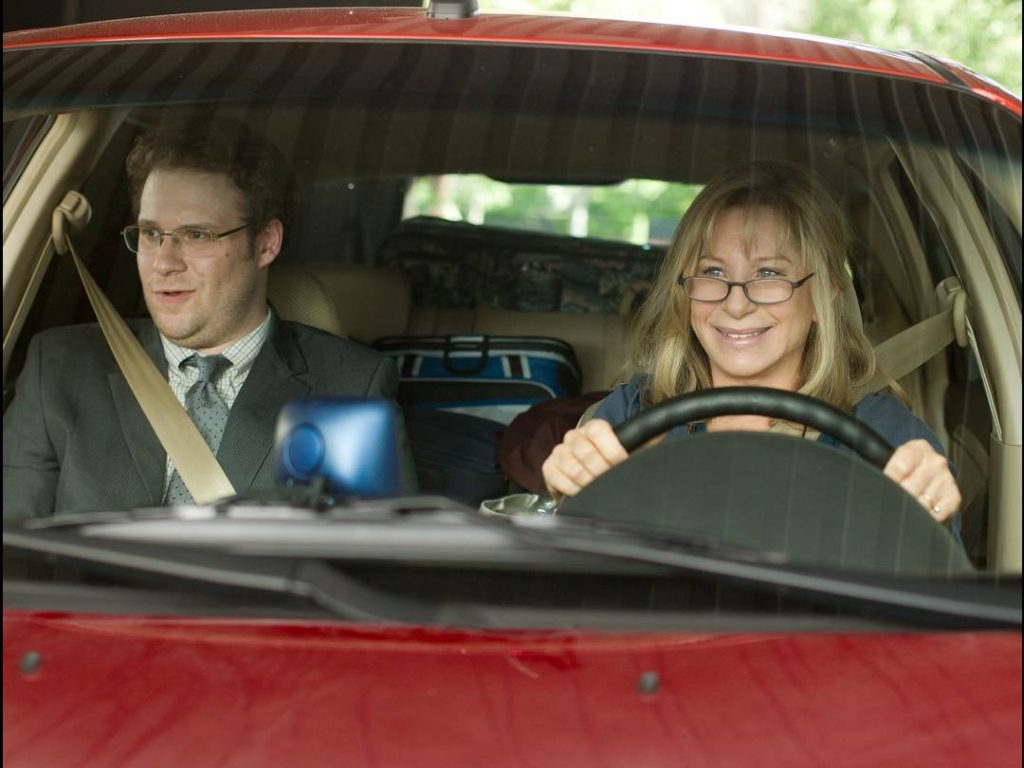 The Guilt Trip marks Barbra Streisand’s return to a cinematic leading role since 1996’s The Mirror Has Two Faces – the last time we were this excited by Babs, we had just been obsessing over her flawless reunion with Barry Gibb on Guilty Pleasures (we’re still not even over Night Of My Life.)

Anne Fletcher (The Proposal)’s latest directorial effort tells us of a mother (Streisand) and son (Seth Rogen) that venture on an unlikely cross-country trip round the states.

We’re willing to tolerate another Seth Rogen film just for the privilege of seeing Babs back on the big screen. Penned by Dan Fogelman (Crazy, Stupid, Love) we’re sure that The Guilt Trip is likely to have plenty of laughs, as well as some genuine heart. Let’s be honest though, the trailer tempts us with Babs sitting at a table with comic goddesses, Kathy Najimy, Miriam Margolyes and Rose Adboo – we just want to see the group sit and make smutty jokes.

Further pleasures from the trailer see Babs warning about the dangers of hitchhikers – mainly the fact that “they rape” and the legendary songstress venturing into topless bars. Of course, we are aware she’s in character, but this looks like a rather fun character.

The Guilt Trip receives its US release on the 19th of December and its UK release of the 22nd of February 2013.