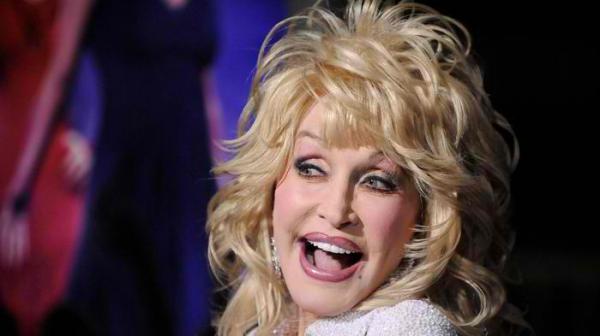 As has become tradition on the site, we’ve looked at some of the awfully good/brilliantly bad cinematic moments of the year, for your trash-adoring mindsets. Past highlights have included Diane Keaton licking a frog, Anthony Hopkins brutally slapping children and good old fashioned homo-eroticism in The Eagle. So without further delay, it’s time to meet 2012’s batch of the trashy, camp and kitsch cinematic highlights of 2012.

Olivia unleashes her wild side in A Few Best Men
Aussie comedy A Few Best Men was slated by critics this year, we thought it was great fun – mainly due to a scene-stealing tour de force from pop icon, Olivia Newton-John. ONJ takes the part of an upper-class, party-loving matriarch. Seeing the icon snorting coke and dominating the dance floor is without doubt the pinnacle of this list. 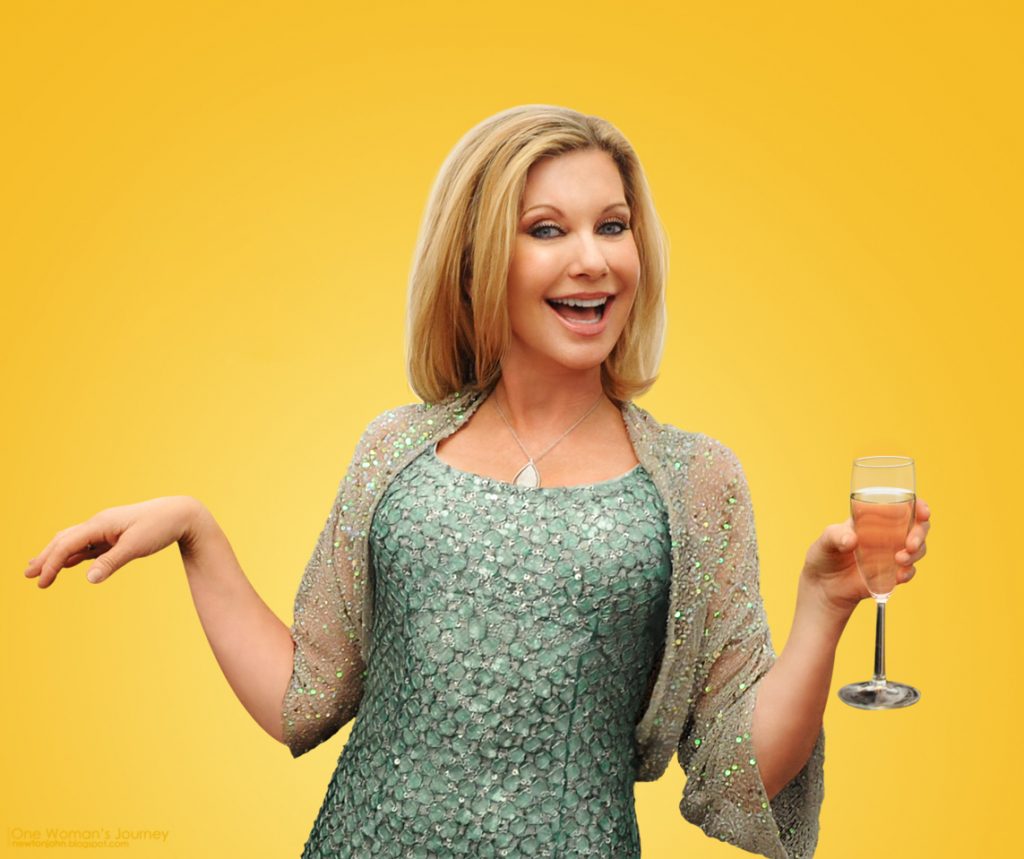 Stephen Dorff gets serious in Rites of Passage
Downright awful supernatural-horror/thriller, Rites of Passage was a mess from start to finish, but it did feature SSS Icon, Stephen Dorff in a rather inventive turn. The Dorff slipped into the role of a lecturer who loves to attend sexy beach parties with his students – if you’ve ever experienced uni life, you know there are no lecturers attractive enough to attend a sexy beach party. Still we’re never going to complain about a shirtless Dorff, are we? 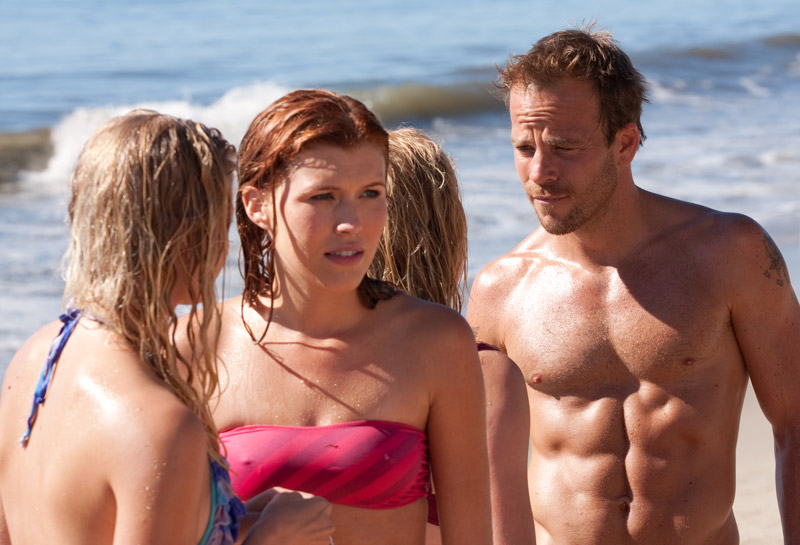 Look, it’s a unicorn in The Wedding Video
We never bothered to review The Wedding Video, as we didn’t have much praise, plus we generally just didn’t care enough. One of the few redeeming elements was Harriet Walter’s domineering mother character, who in one scene reinforces that her daughter’s big day is not about the mother of the bride – as she trots away on a pre-hired unicorn.

Dolly Parton doing Chris Brown in Joyful Noise
Dolly is a woman of undeniable talents, the last time we were this excited we were hearing about her planned dance album, featuring the track ‘A Wee Bit Gay’ (what happened to this, Dolly?). Anyway back on topic, gospel-musical-comedy, Joyful Noise saw the country songstress take on Chris Brown classic, Forever, and it could only be described as amazing.

Airport action-palooza in The Expendables 2
The Expendables 2 will be making a re-appearance in our Best of 2012 list, but for the mean time, it feels equally valid in the guilty pleasure list. The testosterone overload of the airport sequence was unbelievable, an action fans dream – featuring: Sly, Stath, Arnie, Dolph, Bruce Willis, Chuck Norris, JCVD, Scott Adkins and Randy Couture. Seeing these icons in such a bullet riddled blast was magnificent. No one can say that Chuck Norris shooting a henchman through an x-ray machine baggage belt, is not cool. 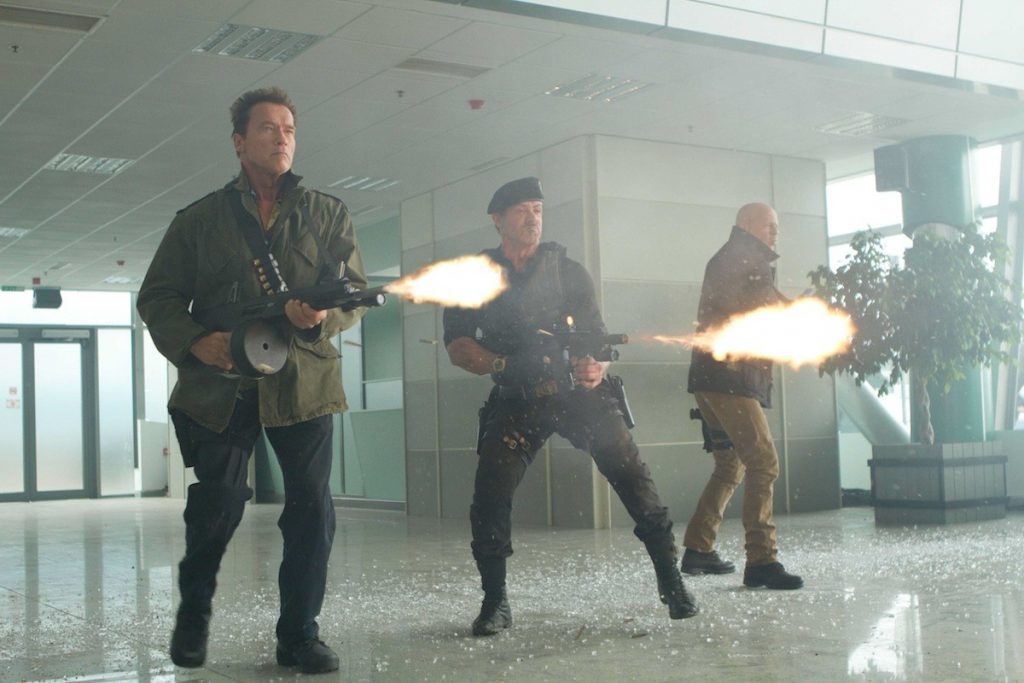 Ted Danson trash talking in Ted
Ted (the film, not the Danson) did not stand up too well on a re-watch, but one scene that gained a laugh was Ted Danson’s cameo. Ted and John watch the Cheers DVD special features to unveil Danson bitching about his cast-members. We love The Danson, especially when he’s trash talking about the size of Woody Harrelson’s penis. 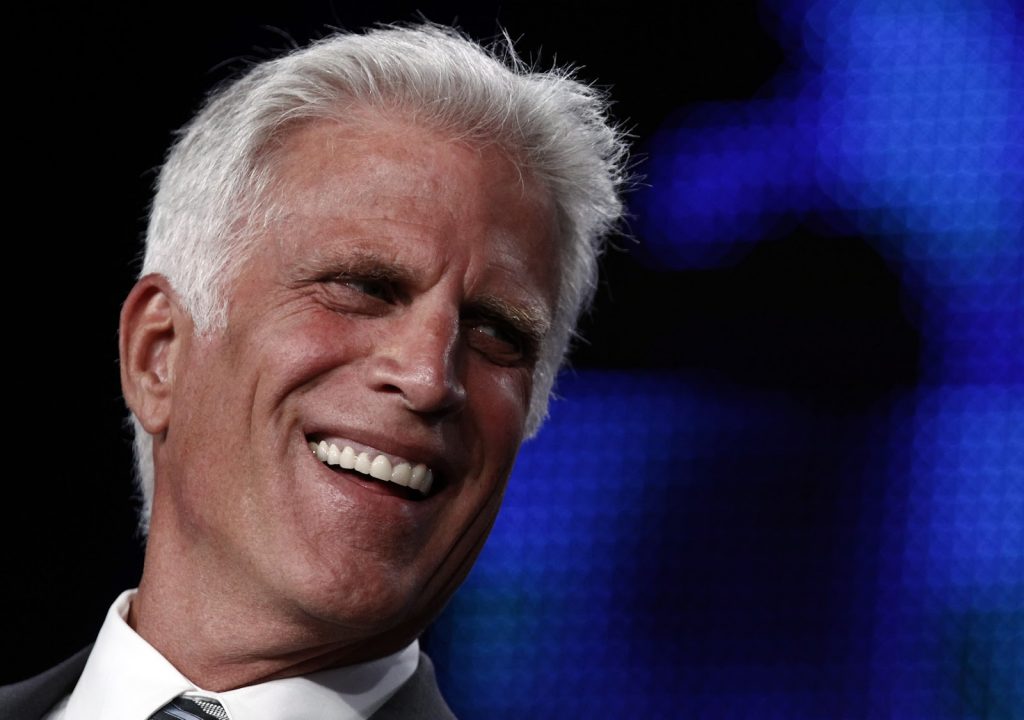 Ever-nude Garrett Hedlund in On the Road
While On the Road may not have appealed to all, one thing audiences were unanimous about was the sheer brilliance of Garrett Hedlund’s performance. We think that this may be due to the handsome young star’s wonderfully gratuitous nude scenes. Lovely. Well done, Garrett. 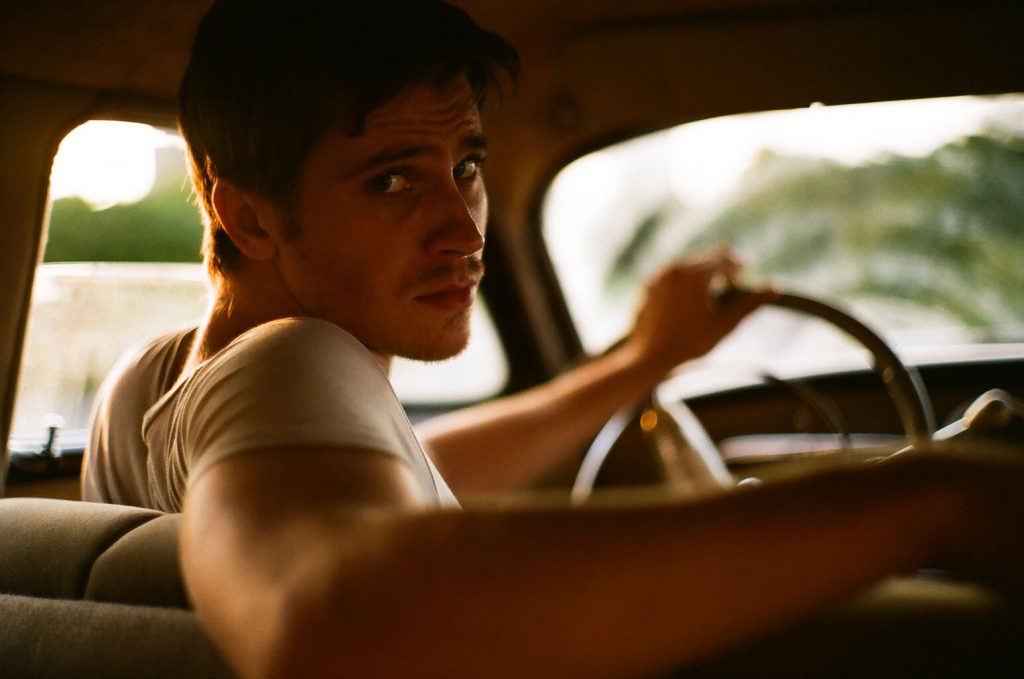 Tatum and Hill doing drugs in 21 Jump Street
Who knew that Channing Tatum was such a comic god? One sequence in 21 Jump Street sees Jonah Hill and Magic Mike himself tripping in the school corridor. All we’re saying is “Don’t blow on me son!”

Poundcake, Muffins and The McDermott in The Campaign
Another awful film added to the list was The Campaign, however it did leave us with a few small pleasure. The first being the duo of Poundcake and Muffins, the loveable Pugs owned by the camp Marty Huggins. The other was a wonderfully hammy turn from American Horror Story favourite, Dylan McDermott.

All American homoeroticism in Battleship
The awkward moment when your mega-patriotic homage to the US Naval Services, flops in the US. Maybe American audiences couldn’t handle the blatant homoeroticsm of handsome model types sailing the seas – although we may have this confused with Boat Trip, it’s all just one big blur. Alexander Skarsgard and Taylor Kitsch don’t make convincing naval seaman, but Battleship was fun rubbish all the same. 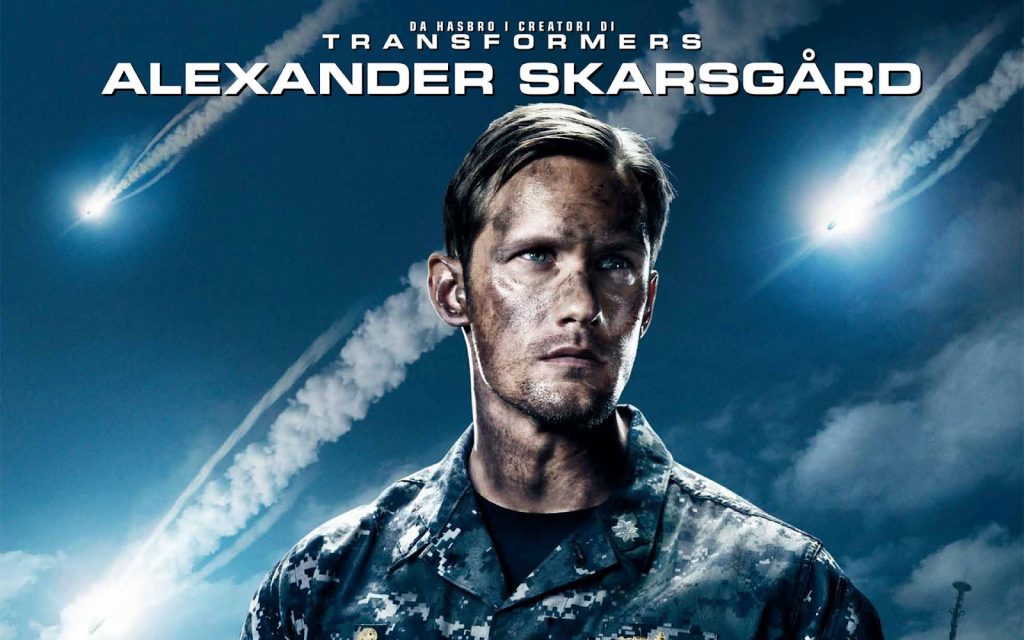 Julia Roberts actually being tolerable in Mirror Mirror
Our hands are shaking, yes Silver Screen Slags are actually p..p..praising Julia Roberts. The star’s bitchy turn as Snow White’s evil queen was so deliciously hammy, that we could not overlook it. 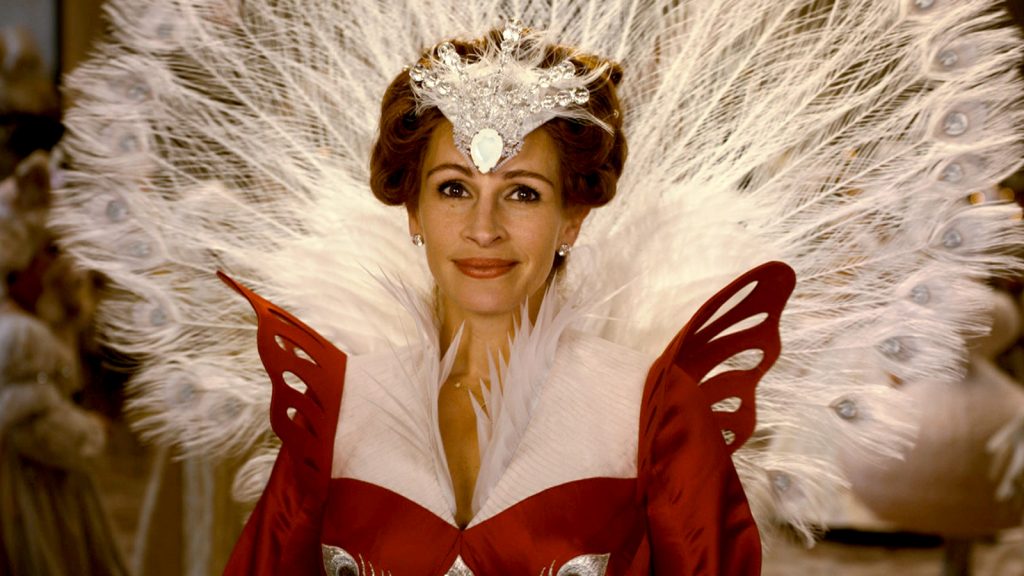 Trash overload in Piranha 3DD
Subtlety wasn’t Piranha 3DD’s strong suit but anything that features Gary Busey and The Hoff and makes it to UK cinemas, has to be included on this list. 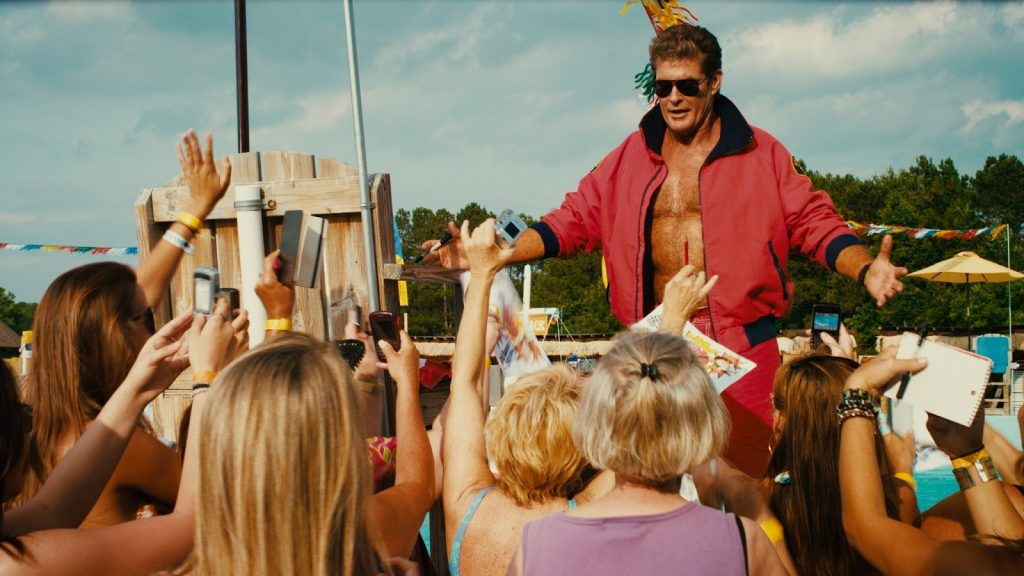