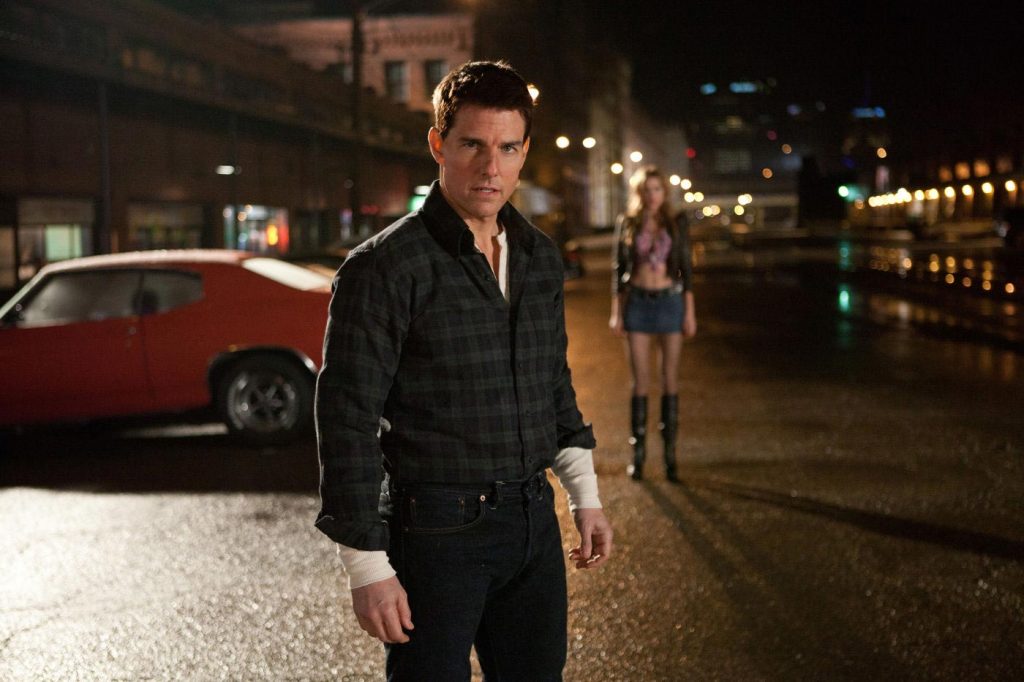 Christopher McQuarrie’s Jack Reacher may be quickly sneaking its way on to many a Top 20 list this year, as it proves to be one of the most enjoyable and refreshing action pictures of the year.

Based on Lee Child’s novel, One Shot, Jack Reacher follows a darkly mysterious, ex-military investigator summoned by former soldier, James Barr, who has been accused of murdering five civilians. Reacher (Tom Cruise) notices all the evidence on Barr appears far too convenient and gradually uncovers a wider conspiracy leading to one man known as The Zec (Werner Herzog).

Jack Reacher may have all the plot trappings of a standard nineties crime thriller, but fortunately Cruise and McQuarrie inject enough fun and energy into the proceedings to make this irrelevant. Initial widespread concerns about Cruise not meeting the physical requirements of the character (Child’s character is 6’5), also proved completely irrelevant – as the star wholly inhabits the role. Cruise’s brings a likable swagger and focus to the role of the quiet military man – showcasing everything from his credible action chops to his impeccable comic timing, whilst also maintaining a sense of mystery and darkness within the role.

Jack Reacher is packed with narrative and stylistic influences – from the world of the vigilante film – showcasing the idea of one man fighting against a wider power, to crime and mystery cinema. McQuarrie’s screenplay fills the feature with continual enigmas and puzzles, leaving the viewer to piece together a multitude of clues. However, Jack Reacher also captures all one could want from a modern action film – from bone-crunching fight sequences (often tinged with comic thrills) to high-speed car chases. The ending in particular reflects this, we see Cruise’s Reacher team up with Robert Duvall’s gung-ho shooting range owner, to take down a multitude of villains in a construction site (it’s all very Lone Wolf McQuade).

McQuarrie’s screenplay is chock full of light-hearted comic relief to remind us that this affair is not taking itself too seriously. This is perfectly encapsulated through the on-screen dynamic between Reacher and Rosamund Pike’s headstrong defence lawyer, Helen. The sexual tension between the pair reaches its peak in one sequence which sees the lawyer distracted by Reacher’s shirtless physique. This comic value is also furthered by an appearance from the legendary Werner Herzog, as The Zec – a character who spends most of the feature lurking in shadows. If The Zec’s thickly accented tales of finger eating in Serbian gulags do not raise a macabre smile, then you may not be human.

Among Reacher’s other strengths is a cast of much loved actors and rising stars. Rosamund Pike delivers a confident turn as Helen – remaining a credible intellectual equal to Jack Reacher throughout the film. Newcomer Jai Courtney also shines – the young actor’s screen presence and action credibility in Reacher, are likely to provide viewers with confidence that he will be a worthy asset in A Good Day To Die Hard. However, it is Cruise and old favourites, Robert Duvall, Werner Herzog and Richard Jenkins that you are likely to be praising after.

Jack Reacher’s plot may like your atypical nineties crime thriller, but Cruise and McQuarrie inject so much life and energy into the project that it is impossible not to enjoy it. This is Cruise’s finest turn in recent year -making the character of Reacher completely his own, dominating the screen. Fine supporting turns and a delicately handled comic sensibility help Jack Reacher become one of our surprise favourites of 2012.