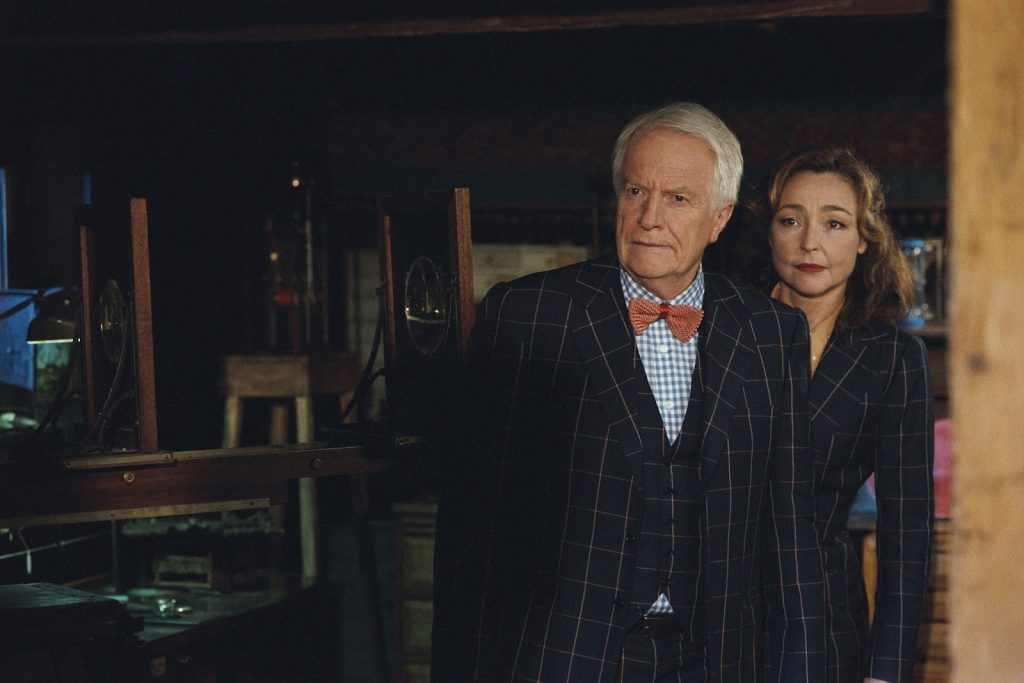 Pascal Thomas’ third film in his series of Agatha Christie’s Tommy and Tuppence adaptations receives its UK home video release this week. Partners In Crime (or Associés contre le crime… to French audiences), has no illusions of grandeur – it is simply highly entertaining, playful fun.

Private detectives, Prudence Beresford and Bélisaire, decide to take a much needed break from their adventures. However, this proves to be short-lived as they become involved in the case of a missing Russian heiress and a sinister health clinic promising eternal youth.

Despite the previous adaptations in the series being unavailable in the UK, viewers are likely to warm to Partners In Crime almost immediately. Thomas’ screenplay combines all the mystery and thrills of a classic Christie novel, with an unabashed sense of fun akin to Blake Edwards’ Pink Panther films. This creates a bizarre, but particularly watchable fusion of quick-witted and zany comedy, combined with a genuinely intriguing mystery narrative.

This sense of playfulness is further carried in the near perfect performances from Catherine Frot and André Dussollier. The pair have a charming and authentic on-screen chemistry, with both forming a highly watchable and instantly loveable dynamic. Frot channels Prudence’s fiery determination and focus with ease, whilst also showing an enchanting and playful side when working with Bélisaire. Dussollier also proves completely entertaining with his ditzy antics and cheeky one-liners.

Even when elements of the screenplay verge on ridiculous – such as Bélisaire being transformed into a kilt wearing, whisky drinking baby, one can only embrace the light-hearted playfulness of Partners In Crime. The above scene, whilst ludicrous is particularly amusing – mainly when Prudence needs to explain to her daughter as to why she is wandering around with a small kilted baby.

It is no shock that Thomas’ has reached the third film in his series, as the combination of charming performances and mysterious narratives, have a completely terrific end result. I only wish more films could be as playful and entertaining as this little French gem.