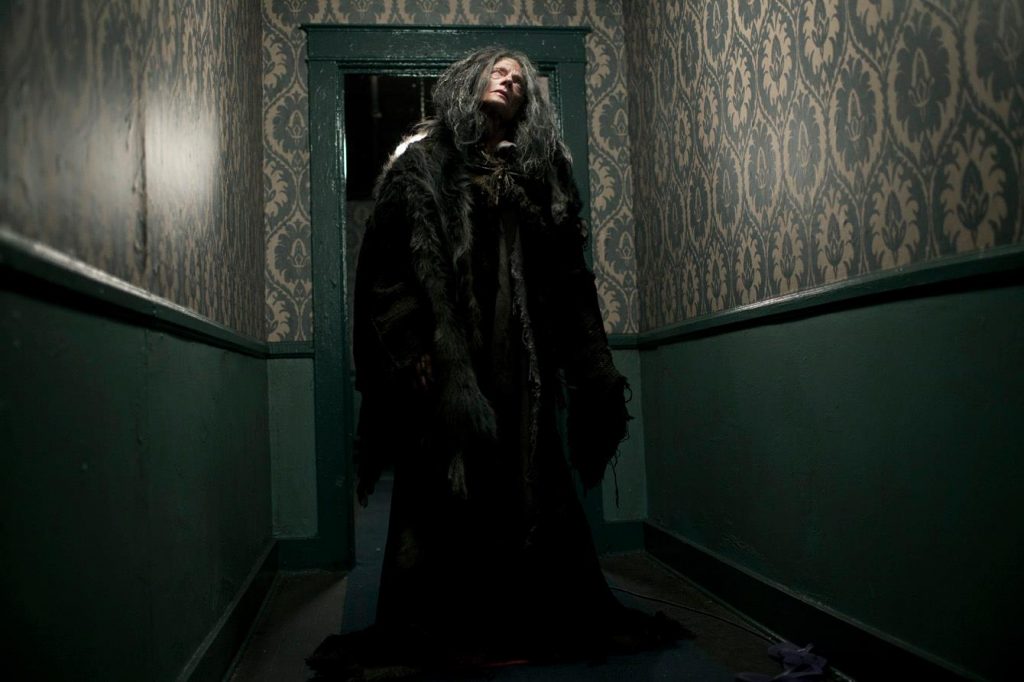 We previewed Rob Zombie’s upcoming horror feature, Lords of Salem last year, when details were rather scarce about the project. However, now we can tell you that Zombie’s latest will recieve it’s UK premiere at this year’s Glasgow Frightfest.

The Lords of Salem tells the tale of Heidi (Sheri Moon Zombie), a radio station DJ living in Salem, Massachusetts, who receives a strange wooden box containing a record, a “gift from the Lords.” Heidi listens, and the bizarre sounds within the grooves immediately trigger flashbacks of the town’s violent past. Is Heidi going mad, or are the “Lords of Salem” returning for revenge on modern-day Salem?”

We’ve also included the brand new trailer for the project. Unfortunately, tickets for the Glasgow event are sold out, so if you haven’t go them yet, tough luck. Don’t worry, we never got them either.

You can see tons of images from the project up on Bloody Disgusting. Beware, do not click if you dislike dreadlocks.

Lords of Salem receives its US release on April 19th 2013.