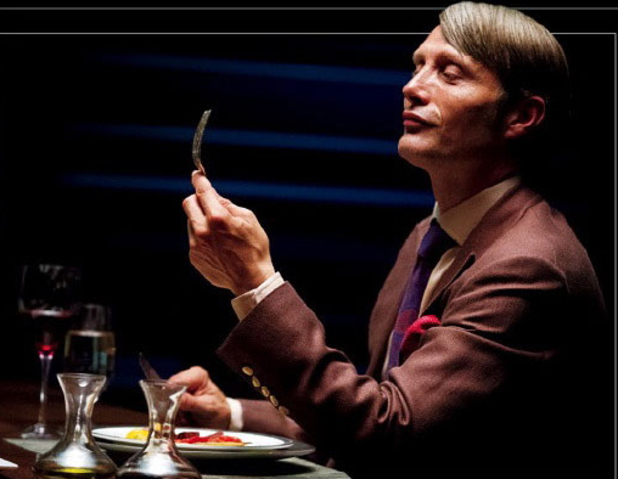 As well as the upcoming TV reboot of Psycho fast approaching, we also have the return of the world’s favourite refined cannibal, Dr. Hannibal Lecter. However, instead of the familiar Anthony Hopkins Lecter, we now have the über talented, Mads Mikkelsen in the role for the upcoming NBC Series.

The series looks set to delve deeper in writer, Thomas Harris’ series mythology and explore the relationship between the chianti loving Dr. Lecter and FBI criminal profiler, Will Graham (Hugh Dancy)
Whilst we are certain Mikkelsen will be make a wonderfully malevolent Lecter, the promo suggests that the show will have a generic US crime drama feel, lacking the bold and striking vision of the Hopkins trilogy. We could be proven wrong, however.
Hannibal premieres on the 4th of April 2013 on NBC.