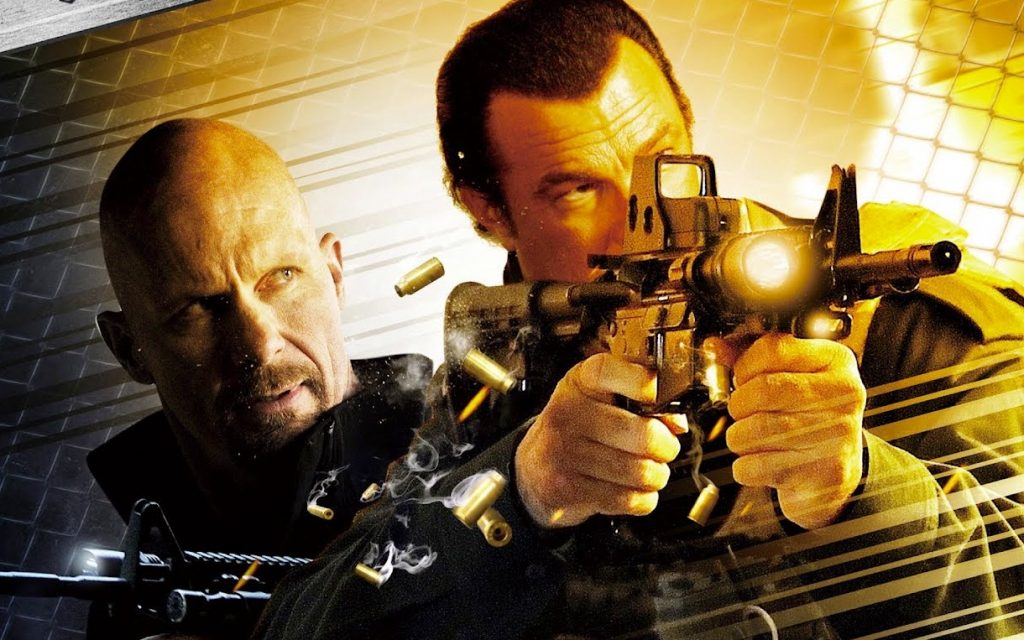 Whilst the world is still on an Expendables 2 high, another veteran action star is back – that’s right, it’s Steven Seagal (who was ridiculously excluded from the aforementioned film). He’s joined by wrestler turned “serious movie star” Steve Austin for the upcoming straight to DVD shoot-out, Maximum Conviction.

We love Seagal here at Silver Screen Slags and his first non True Justice project since the Eastern Europe set, Born To Raise Hell, has got us all quite excited. It’s glossy low-budget action fun that looks set to focus on Seagal’s strengths – shooting, kicking and calling people “bitch” in only a way that he can. We just hope that he doesn’t mind that his face is obstructed by a gun on the poster.

Maximum Conviction will be appearing on DVD in the UK on Monday 18th March.