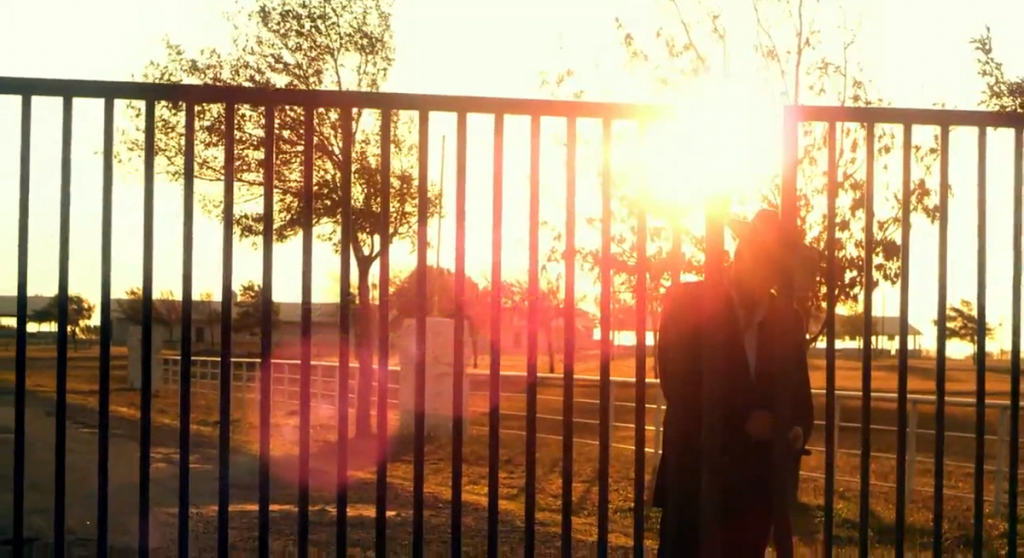 I know we’re on a break from our usual blogging, but I could not let this pass without a quick post. March the 11th in the US and March the 19th in the UK, saw Cynthia Cidre’s rebooted Dallas celebrating the life of the iconic JR Ewing – and the larger than life figure that played him, Larry Hagman.

Whilst JR’s death in the show, may not have been the spectacular end to the character- the team of writers behind TNT’s Dallas made a valiant effort given the footage they had available. However, it was the episode titled JR’s Masterpiece that really celebrated the life of Hagman and his work on Dallas, in a subtle and truly heartbreaking title sequence.

The slowed down, orchestral Dallas theme brings a new sense of simple poignancy to the show – capturing JR at many iconic sites of Southfork Ranch. The final shot of Hagman closing the gates of Southfork is truly touching.

Well done to Cynthia Cidre and the team behind TNT’s Dallas, for such a moving and poignant farewell to one of TV’s much loved characters, and to one of the world’s most loved actors.