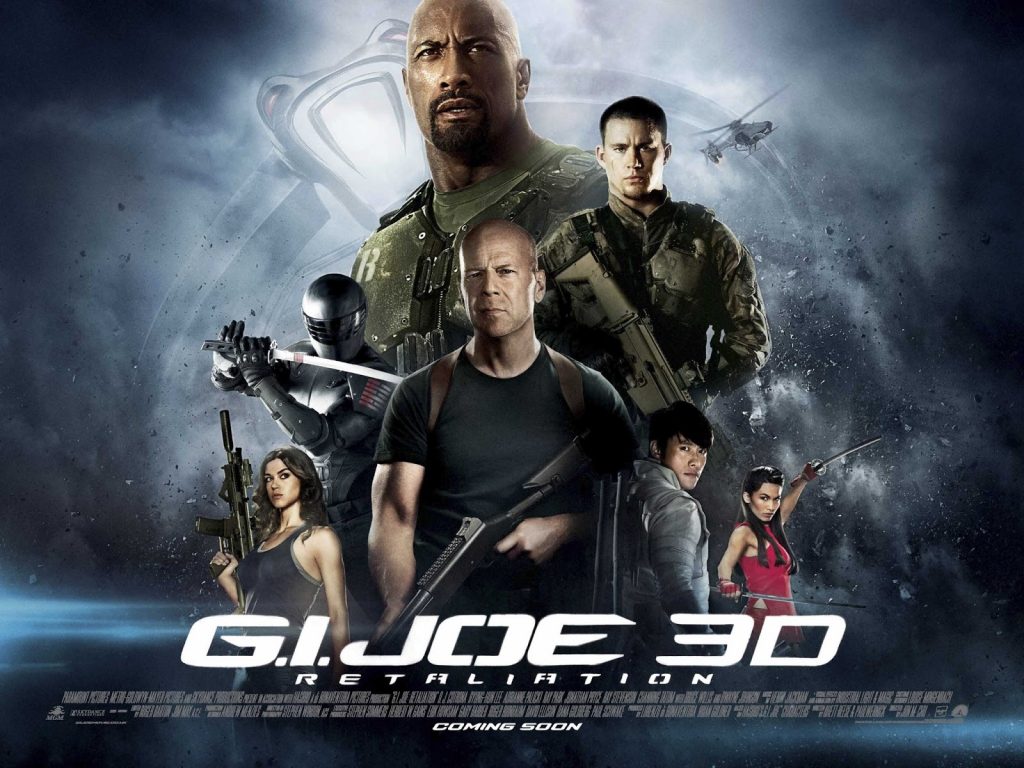 Jon Chu’s G.I. Joe: Retaliation serves as more of a reboot than a sequel to Stephen Sommers’ moderately entertaining, G.I. Joe: Rise of the Cobra. Unfortunately, these changes are not for the better with Chu’s film lacking a comprehensible narrative or any real standout action sequences.

Despite initially looking like it was establishing a promising buddy dynamic between Channing Tatum’s Duke (one of the few returning characters from the 2009 film) and newcomer, Roadblock (in the form of charisma vacuum Dwayne Johnson) – Retaliation quickly disposes of Duke, leaving Johnson to head the cast. This is perhaps one of the key moments where Chu’s film goes wrong. Tatum carried the playful, fun atmosphere of the first feature with ease, but unfortunately this fun is nowhere to be found in the sequel. Instead we have po-faced generic tough-guy and all round American hero, Roadblock leading the Joes, barking out clunky and uninspired dialogue – you’ll see that he is about as much fun as syphilis.

Whilst the basic premise is simple, Rhett Reese and Paul Wernick’s (Zombieland) screenplay attempts to cover too much irrelevant character back-story (mainly that of Byung-hun Lee’s mysterious Storm Shadow) which over complicates matters. Despite this, there are still plenty of occasions where characters do not feel well established and we are left questioning whether they side with Cobra or the Joes.

Chu’s direction does not add much freshness either – with the director’s action scenes feeling flat and lifeless , due to a lack of any clear style. I write this seven hours after seeing the film and I can scarcely remember one action sequence. Had Chu embraced the fun and energetic nature of Stephen Sommers’ previous all out camp-fest, the end result may have been moderately enjoyable. However, Retaliation is handled in such an overtly serious manner – that’s just not fitting with the G.I. Joe brand and the feature just feels tired and instantly forgettable.

Alongside the bland Johnson and Tatum’s short-lived appearance, we are presented with a selection of stock characters including Adrianne Palicki as the ‘sexy female officer’ (who serves no other purpose but to be the ‘sexy female officer.’) You would at least think that new recruit Bruce Willis would have brought some star power and energy (through his ten minute role), but as is becoming tradition with his recent roles, Willis sleepwalks through nearly all of Retaliation. Thank God for thesp, Jonathan Pryce. The veteran British actor brings his undeniable screen presence to the role of the President, who seems to have a lot of fun hamming it up.

From its misjudged casting and characterisation to its limp direction and action scenes, G.I. Joe Retaliation is a stinker from start to finish. The fun of the first film is lost in favour of some strange, masquerade of seriousness which is further crippled by an almost incoherent narrative.