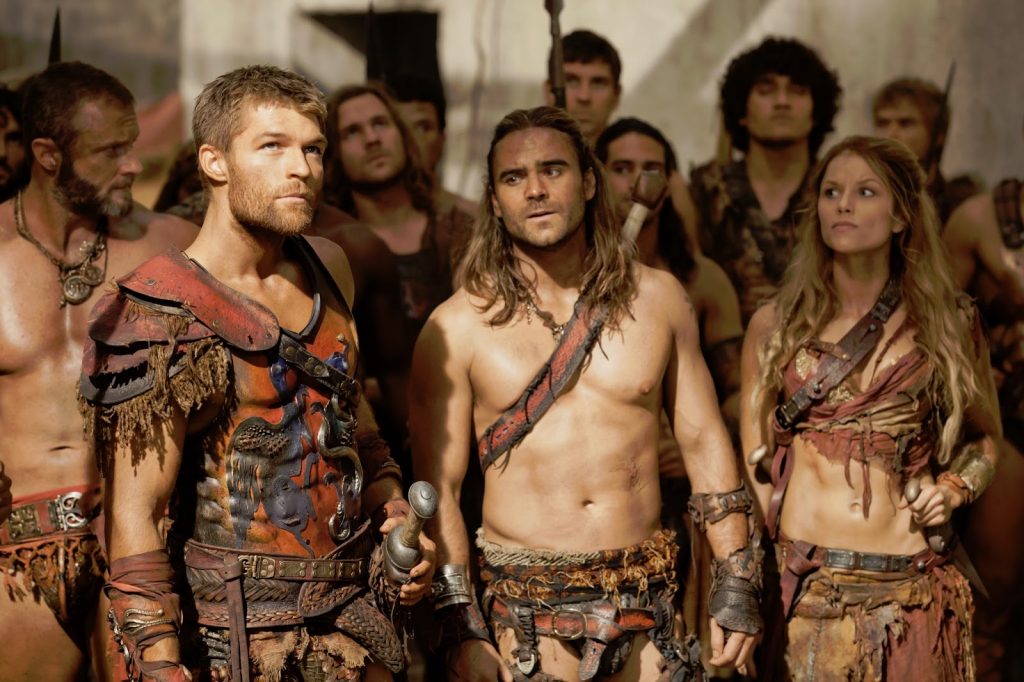 Surely there is no guiltier pleasure than Starz’ ultra-violent/ultra-sexy Spartacus saga. It’s hard to believe we are fast approaching the end of the latest series, War of the Damned, but fear not, the DVD and Blu-Ray release will be with us on the 29th of April.

As well as its visceral style and high-octane battle sequences, the series is championed by some solid writing and gripping story-lines bringing a new sense of energy to the Spartacus legend. However, Spartacus is not all brooding intensity – there are also some wonderful helpings of fun trash, including a plethora of half-naked musclemen (inc. Aussie heartthrob Dustin Clare) and busty maidens (in the form of The Cabin in the Woods’ Anna Hutchinson).

Spartacus: War of the Damned is currently running on Mondays at 10pm on Sky1. It will hit DVD and Blu-Ray on the 29th of April 2013.