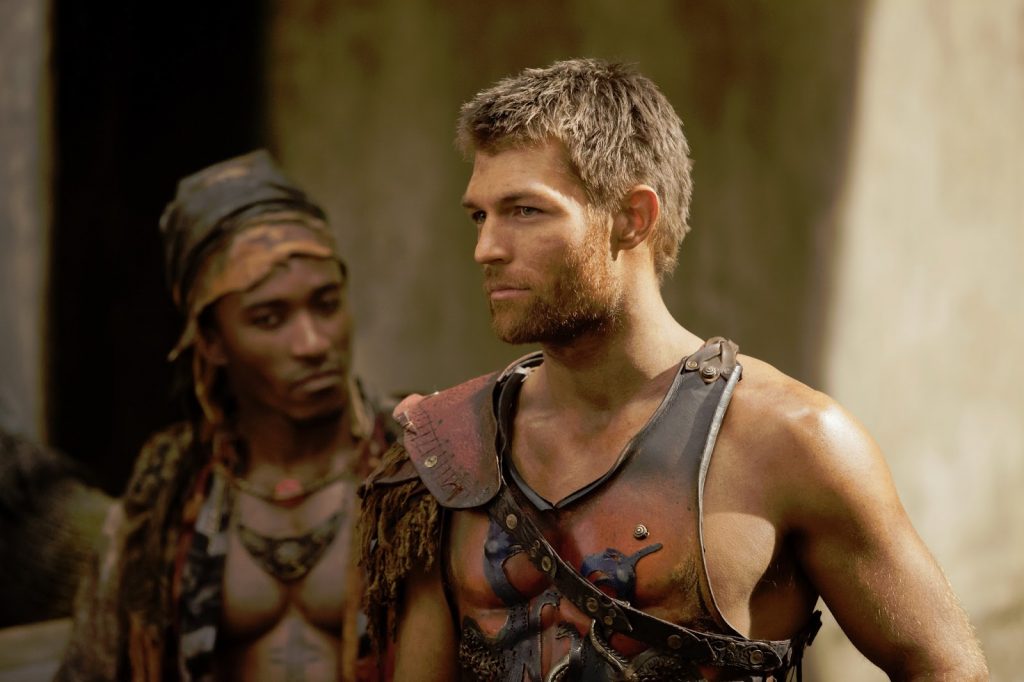 Spartacus: War of the Damned is gritty, fast-paced entertainment that truly re-energizes a legend.

Spartacus: War of the Damned hits DVD and Blu-Ray today, and we can tell you that it is a truly spectacular end to the much-loved Starz series.

The third and final series of the series follows Spartacus (the ever-handsome Liam McIntyre) as he leads a rebel army against the blood-thirsty Roman Republic. The Roman Senate alongside, wealthy politician, Marcus Crassus (Simon Merrells) and a young Julius Caesar vow to stop Spartacus’ rebel regime.

War of the Damned boasts an unmistakable gritty, visceral style – which is encapsulated throughout the series multitude of high-octane battle sequences. There’s something rather gripping about the way they are shot – with a sense of swooping slow-motion, chock full of blood-drenched imagery and a thrilling sense of foreboding – crafting a real spectacle of brutal excess. Whilst the gratuitousness nature of these action spectaculars (combined with the show’s heavy use of sex and swearing) may put easily-offended viewers off – it will delight most audiences, providing truly glorious proportions of entertainment value.
However, the show could not get by on sex and violence alone – War of the Damned, like the previous entries in Starz’s Sparacus saga, has a marvelous team of writers at its back. The third series provides a multitude of plot twists and unpredictable turns (most evident in the Allison Miller penned ‘Blood Brothers’), which make the series truly endearing. Credit must also go to these writers for breathing fresh life into the Spartacus legend and reinvigorating such an iconic tale for three seasons (and a terrific mini-series).
As well as a high-caliber of writing behind the show, War of the Damned features a magnificent cast of young actors. Praise should go to the late Andy Whitfield for launching the re-energised Spartacus in Blood and Sand, however, to me Liam McIntyre is Spartacus – McIntyre commands an aura of authority as the military leader, with a commanding screen-presence and convincing, heartfelt acting style. However, our personal favourite from the cast is the sensational Dustin Clare. The Australian heartthrob brings a huge amount of unabashed humour, highly-charged sex appeal and undeniable charm to the series (ever since mini-series Gods of the Arena).  Praise should also go to Anna Hutchinson, Daniel Feuerriegel, Ellen Hollman, Peter Mensah, and Manu Bennett, amongst others – who bring a huge amount of energy and vitality to such an eclectic mix of characters.

War of the Damned is compulsive viewing that you could spend the whole day watching (two nights in our case) – one episode simply is not enough. Fans of Rome, Game of Thrones and The Tudors will lap this series up. Even viewers who are new to the Spartacus saga will quickly grasp the storyline (although the previous series are well-worth exploring).

The sheer spectacle of War of the Damned is magnificent, as is its mix of gritty, high-octane violence and unabashed sex. The series has no pretenses of being anything else than good old fashioned entertainment and we love it for that.