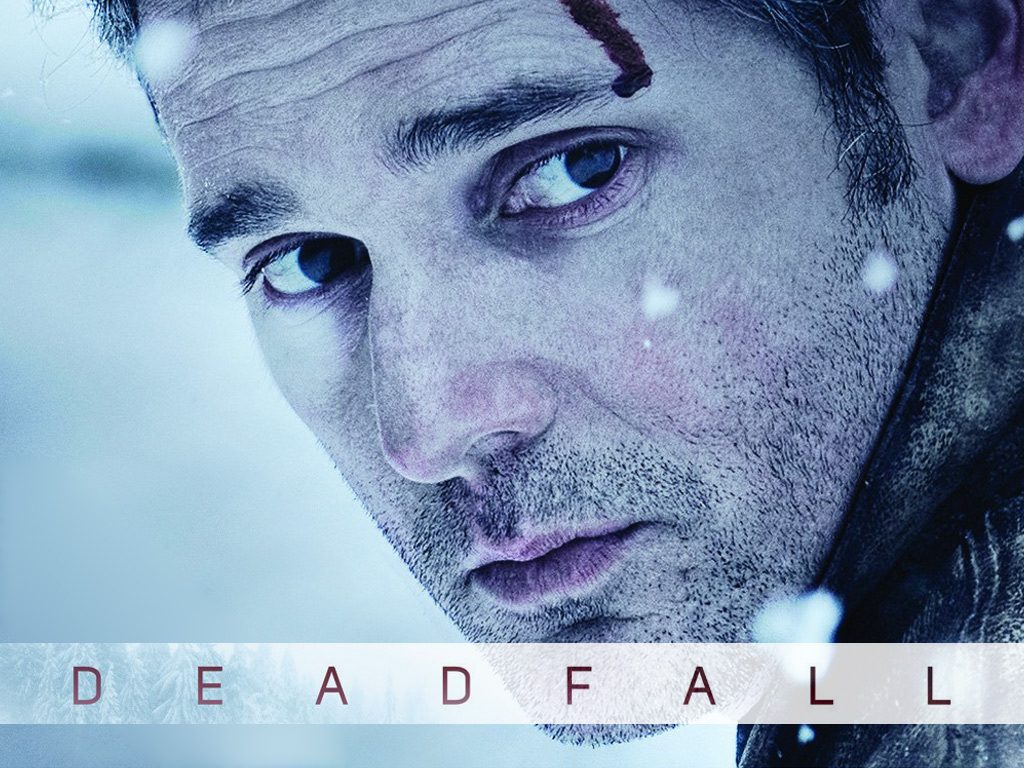 After his well-received German crime drama, The Counterfeiters, Stefan Ruzowitzky returns to American cinema with violent thriller, Deadfall, which whilst not covering any new ground, serves as grizzly, well-shot action picture.

After a car-crash, casino-robbing brother and sister, Addison (Eric Bana) and Liza (Olivia Wilde) are forced to split and take separate routes to the Canadian border. Liza is saved from the barren winter weather by retired boxer Jay (Charlie Hunnan), leaving Addison on a violent rampage to meet his sister at the border.

Zach Dean’s screenplay tackles traditional crime thriller ground – the perusal of a convict, which gradually twists into a home-invasion thriller. This results in the most part of Deadfall having a feeling of vague familiarity – despite the fact that this is perfectly serviceable, Dean makes a number of moves to make things slightly more exciting – adding a variety of snow-set action pieces (snow-mobile enthusiasts, this is the film for you), a romantic subplot, alongside Ruzowitzky’s emphasis on gritty, blood-soaked violence.

It is in fact this violent direction that keeps Deadfall memorable, Ruzowitzky has an eye for an action sequences – presenting those in the feature with a sharp sense of tension and unpredictability. Within the first twenty minutes of Deadfall, we’re presented with fingers being sliced off and grizzly car-crashes, which may leave viewers feeling a little nasty (especially if viewing this at 8.45am like me). These grizzly visuals, combined with the dirty snow-blanketed rural setting (magnificently captured by cinematographer Shane Hurlbut) makes for a truly bold slice of modern neo-noir.

Ruzowitzky keeps the pace fast in Deadfall – when not filled with a sense of foreboding dread or violent visuals,Deadfall hurls plenty of steamy sex-appeal and uncharacteristically charming romance towards viewers through the relationship between Liza and Jay. This romance should feel contrived and out of place with the violent aesthetic of Deadfall, but Dean handles this with a sense of simplicity and realism which is well channelled by Wilde and Hunnan.

Whilst his character may verge on the two-dimensional caricatured villain – Bana has an undeniable screen presence and fills this role with a creepy calmness – especially when dropping hints at a possibly incestuous relationship between Addison and Liza (furthering the nasty feel that Deadfall may leave you with). Wilde and Hunnan’s roles suffer from a similar lack of depth to Addison but both actors are watchable and dynamic enough to make this seem irrelevant.

Deadfall blurs the lines between art house and action – its mix of edge of your seat action and violence set on a canvas of darkly beautiful visuals makes for a stark and brutal modern neo-noir.

Deadfall is out now.

This was originally written for The People’s Movies.