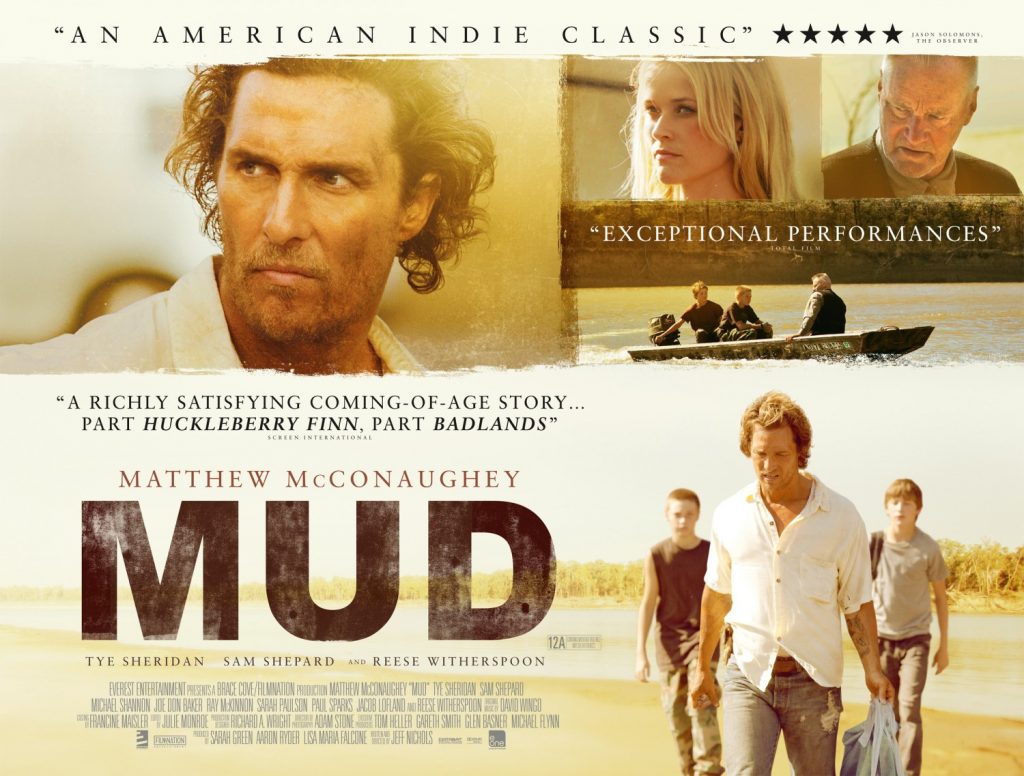 Jeff Nichols’ Mud successfully presents a tale of broken romances and coming of age in a woozy Arkansas Summer, but falls victim to lashings of melodramatic clichés and an overstretched runtime.

Nichols’ well-crafted sense of Americana and childhood nostalgia immediately suggest parallels to tales like Rob Reiner’s Stand By Me – however, Mud feels slightly more contrived and dependent on manipulative melodramatic techniques than Reiner’s film. Nichols’ narrative is filled with Southern charm and sharply realistic characters, with the director capturing childhood hope and innocence in troubled surroundings. This core essence of Mud is relatively simple, but Nichols’ screenplay has a tendency to dwell on elements that do not feel entirely relevant or pressing such as Neckbone’s home life or the workings of Elis’ parents relationship – resulting in the somewhat intimidating 135 minute run time. Nichols does provide a well-staged and dramatic conclusion to his Southern tale, however, this ultimately appears thirty minutes too late subsequently lessening its impact.

Cinematographer Adam Stone shoots Mud with a hazy gaze – capturing a modern America filled with Walmarts and fast-food places. This provides a modern glance at youthful innocence in contemporary South – serving as somewhat of a 21st Century re-envisioning of the work of Mark Twain. Stone has the ability to capture the sun-soaked beauty in anything from a grocery store parking lot to Mud’s island hideaway. This sense of nostalgia and Americana is heightened by an impeccable soundtrack featuring the likes of The Beach Boy’s Help Me Rhonda.

The real driving force behind Mud is the performances by the film’s two young leads, Tye Sheridan and Jacob Lofland – both of which feel utterly genuine. Sheridan in particular pours such natural heart and soul into the role of Elis that it would be a challenge not to be impressed.

McCoughnahey also excels as the smart, chip-toothed titular character who enchants Elis and Neckbone. However, McCougnahey’s performance really reaches its peak in Mud’s conclusion when the boys realise Mud’s life is not exactly perfect. It would have been nice had Reece Witherspoon been given slightly more to do than play the two-dimensional loose-lipped Southern girl. Cult favourites Joe Don Baker and Sam Shepard also leave a lasting impact with two smaller roles, alongside magnificent American Horror Story star, Sarah Paulson.

Mud serves as a hazy slice of Americana – ably capturing a changing world seen through the lens of youthful innocence. The impact of the stellar performances and cinematography, however, is weakened by a over-stretched runtime and melodramatic clichés.


Mud is in UK cinemas now.

This was originally written for The People’s Movies.