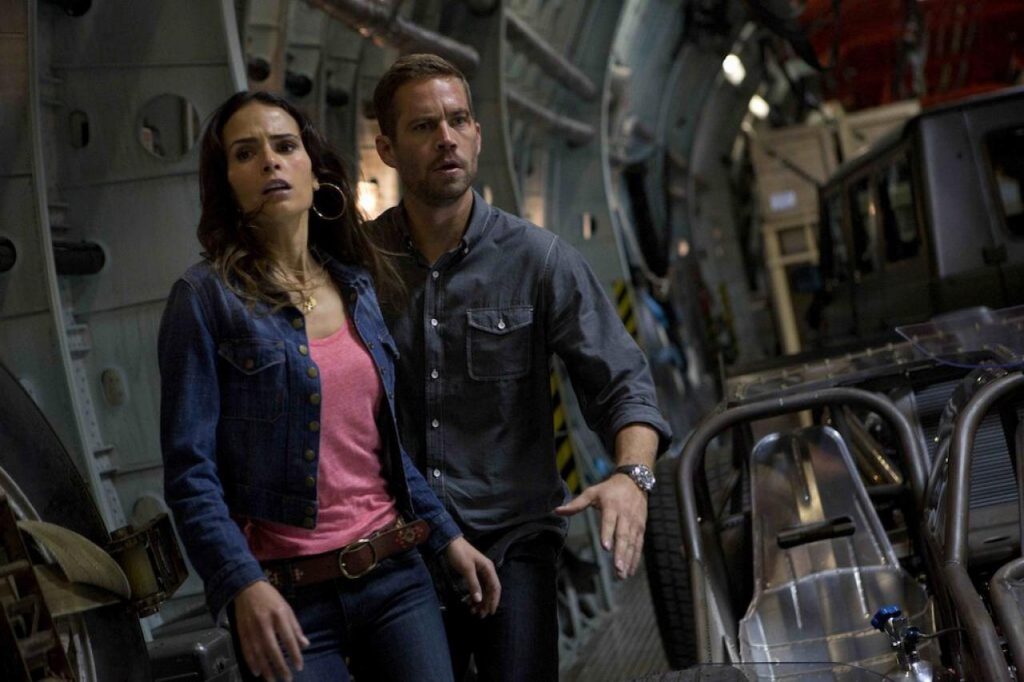 Who would have thought that twelve years on from The Fast and the Furious that we would be welcoming the sixth entry into the series? After trundling along for the first three features, the franchise hit a new high with Justin Lin’s Fast & Furious in 2009, which the director managed to later surpass with surprise mega-hit Fast Five. Lin returns alongside stars Paul Walker, Vin Diesel and Dwayne Johnson for Fast & Furious 6, which proves that there is still a hell of a lot of life in the fast-car franchise yet.

The exotic Brazilian locations of Fast Five are now switched to grimy London as Dominic Toretto (Diesel), Brian O’Conner (Walker) and the gang are recruited by Agent Luke Hobbs (Johnson) to take down a British criminal (Luke Evans).

Whilst this relocation may not be as exciting or tantalising to viewers as the sun-stroked beaches of Rio, it adds a certain degree of freshness and variation to the series. The busy London streets make the perfect location for high-speed pursuits – serving as a scenic, fast-paced canvas for the vehicular warfare to unfold. Lin continues to prove himself a true expert at these sequences, filmed in such a rousing, high-octane fashion that it is difficult not to be entertained – one of the standouts being a sequence in which O’Conner and Toretto are lead on an explosive chase through London in pursuit of Evan’s villainous Owen Shaw who speeds away in some form of racing/sports car hybrid causing mass chaos.

Sticking with the successful format of Fast Five, this sequel does not simply rely on vehicular action – boasting an array of well-crafted fight sequences. The first of these sees Tyrese Gibson and Sun Kang face-up against The Raid’s Joe Taslim in a brutal, fast-paced sequence laced with comic elements. However, this is surpassed by a later hard-hitting Gina Carano-Michelle Rodriquez battle on a tube station stairwell. The action spectacular that is likely to leave people talking, however, is the film’s airport set finale that proves so outlandish that it may garner a few laughs – but rest assured, it is a lot of fun.

This fun is perhaps the reason why Fast & Furious 6 works so well – everyone appears to be in on the ridiculous nature of these stunts, as well as Chris Morgan’s screenplay which is laced with comic elements such as labeling Hobbs’ ‘Samoan Thor’ or comments about the size of Tyrese Gibson’s forehead.

There is also a believable sense of camaraderie between the Fast & Furious cast: Paul Walker shines simply by looking pretty and remaining convincing during the action sequences, whilst Dwayne Johnson and Vin Diesel do the ‘tough guy’ routine with an expected expertise. Michelle Rodriguez, Jordana Brewster and Gina Carano are equally strong as the fast-paced, feisty team-members, not scared of strapping in or throwing a few punches.

Whilst Fast & Furious 6 may not reach the exotic highs of Fast Five, it still remains a great deal of fun and stands as one of the most entertaining action features of the year.