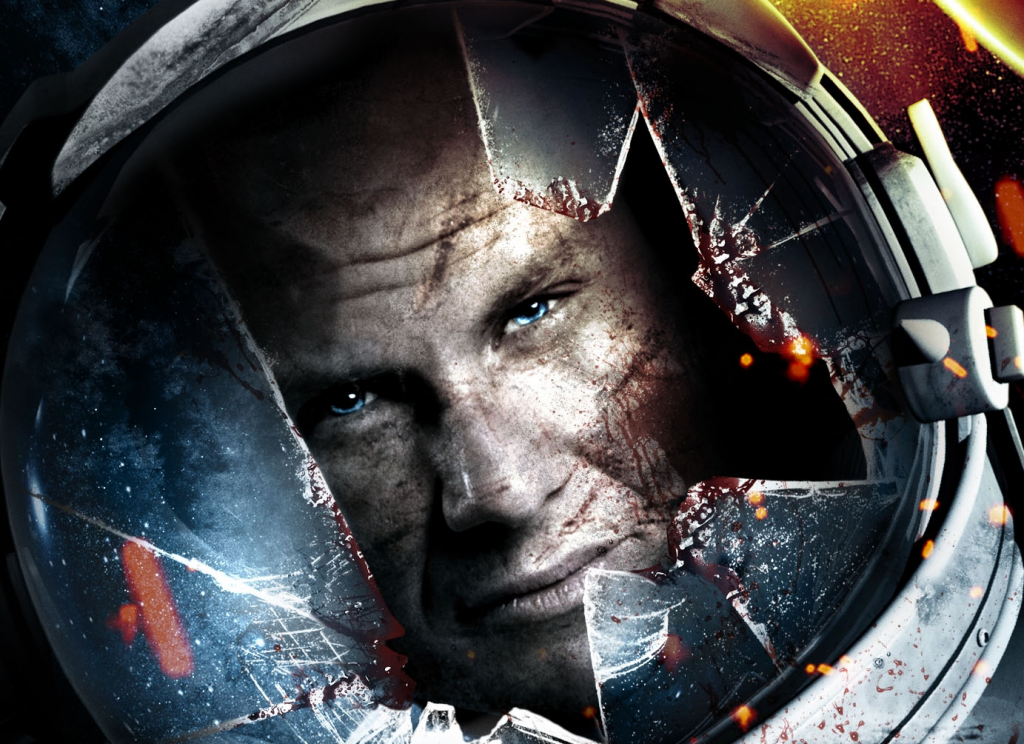 Those in the mood for a slice of cheap B-Movie sci-fi/horror could do far worse than the upcoming Stranded – but let’s be honest – you could find way better. Stranded provides far more unintentional laughs than the dark cover suggests.

Stranded follows Colonel Brauchman (Christian Slater) and his team who find their moon base station hit by a deadly meteor. Spores from the meteorite begin to mutate some of crew’s cells resulting in the birth of big slobbering and particularly angry mutants.

The press release promptly reminds us that Stranded is from Roger Christian who won an Oscar for his art direction in Star Wars: Episode IV – A New Hope . It fails to mention that Roger Christian is the man behind the landmark flop Battlefield Earth – and Stranded shares far more with the latter.

Stranded is essentially a bargain bin Prometheus/Alien feature. Christian attempts to channel the industrial space-age horror of Ridley Scott’s Alien but without the budget of Scott’s film the result is a drab, cheap-looking design. The special-effects provide some light body horror – the alien transformations can be quite gruesome but ultimately lack any form of originality and get lost in the drab landscape of Stranded.

Fortunately, there is entertainment to be found in Stranded’s acting and dialogue. One line in particular is truly hilarious, occurring when a slimy alien baby attempts to get breastfed (did I not mention that there are slimy alien babies here?) and its human mother claims with fashionably dramatic B-movie overacting: ’Something was on top of me, I felt the weight of it on my chest. This creature was feeding on my breasts.’ In fact the whole encounter with the alien baby is fantastic stuff and a clear highlight of the film.

Christian Slater is the only big(ish) star in Stranded – firmly making a name for himself as an A-Lister of the straight to DVD cinema world. The actor sleepwalks through the film – so much so that his performance should be taglined: ‘In space no one can hear you snore.’

I can’t be too harsh on Stranded as its intentions are good. I’m personally not sure if the team are in on the joke and it’s aware how cheesy and ridiculous it is, or if this is simply a misguided piece of serious sci-fi. I’m more inclined to go with the former. If you’re having a bad movie night – this is the perfect piece of trashy sci-fi for you.