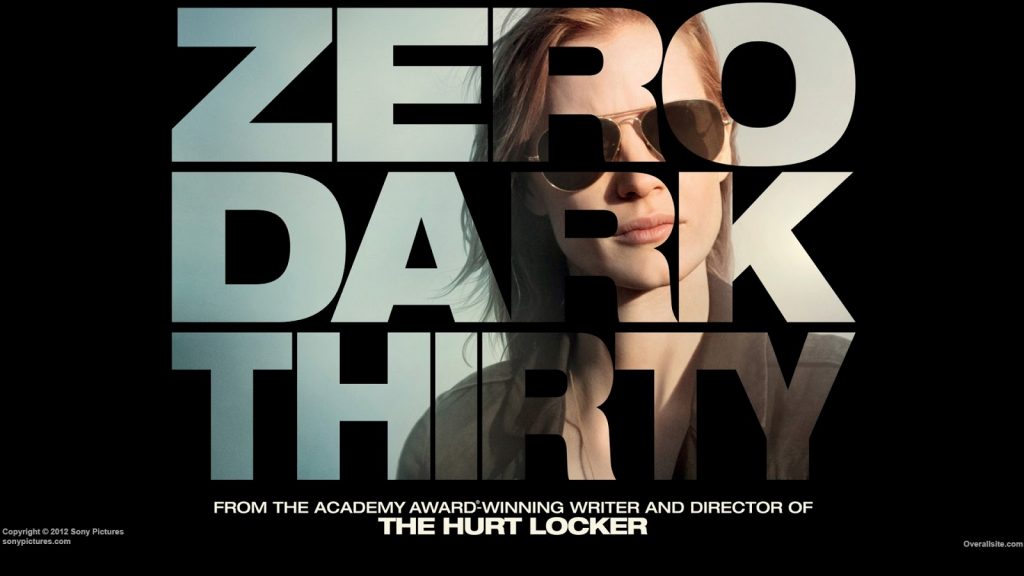 After missing Zero Dark Thirty’s theatrical run, I settled on straight to DVD alternative Code Name: Geronimo which also detailed US Navy Seal’s hunt for Bin Laden as well as the political and military politics building up to this. Whilst the cheaper version was an honourable attempt to portray these events, Kathryn Bigelow’s Zero Dark Thirty will remain the definitive interpretation of one of the most prominent moments in military history.

Zero Dark Thirty follows Maya (Jessica Chastain) a CIA agent who is inherently driven by the concept of hunting down Bin Laden. We see Maya sit through brutal interrogations with suspected terrorists in her hunt for information, which ultimately leads to threats against her own life. The last segment of the feature details a US Navy Seal team using Maya’s intelligence to raid Bin Laden’s compound and finally take down the figure-head of Al Qaeda.

Despite a hefty runtime of 157 minutes, Zero Dark Thirty remains fast paced throughout thanks to a sharp screenplay from Mark Boal (The Hurt Locker) and energetic direction from Bigelow. Boal’s screenplay feels completely convincing in its portrayal of the events (whether it is or not is anyone’s guess), with every information/military briefing meeting feeling grounded in tension and political gravitas. Boal’s narrative gradually unwinds with every piece of information that Maya learns, allowing Zero Dark Thirty to detail the highly dangerous world of the CIA.

Bigelow’s direction is tense and hold viewer’s attentions in a tight-grip throughout. Whether taking an action-centric or more dramatic approach (many of the tracking/discussion sequences are far more gripping than the action ones) Zero Dark Thirty remains completely entrancing. The raid on the compound in the film’s conclusion is thrilling, despite reflecting that this was not a clean-cut mission – several innocent people were taken out. Despite this, it is hard not to feel like there is a sinister pleasure behind many of these action scenes – with the quick editing and high-octane style reflecting some form of brutal gung-ho quest for blood and revenge. This can make Zero Dark Thirty feel like a rather dubious, problematic watch.

The cast lead with utter conviction, in particular the magnificent Jessica Chastain who captures Maya’s unparalleled drive to end this manhunt – which is truly showcased in the film’s final sequence. Supporting turns from Mark Strong, Joel Edgerton, Kyle Chandler, and Chris Pratt also round off the stellar cast. Also look out for an odd appearance from John Barrowman and Brit action favourite Scott Adkins.

There is no doubt that Zero Dark Thirty is a gripping and truly thrilling watch. Boal’s screenplay feels like an accurate and detailed depiction of this military manhunt, whilst Bigelow champions this through slick, tense direction. However, it is hard to ignore these sense of gleeful brutality and bloodlust in the film’s final act.

This was originally written for Cinehouse UK. Check it out!