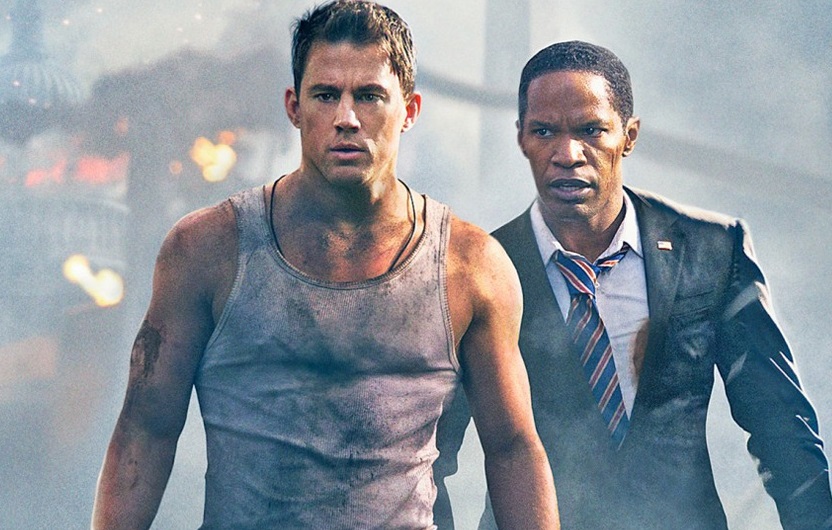 But why is this the best film poster of the year you ask? Okay, we’ll tell you.
Exhibit A: Jamie Foxx (forgotten brother of British acting royalty Edward and James Fox) looks like a bad-ass President. The last cinematic President we encounter was Aaron Eckhart’s mega-lame President Benjamin Asher in Olympus Has Fallen. As we all known from Airforce One and Jimmy Carter, bad-ass President’s are the best.
Exhibit B: Channing Tatum is wearing a vest and has a gun. But he also has two belts – one for his gun(z) and one to support his trousers. Make of this what you will.
Exhibit C: The tagline ‘It all goes down’ is clearly a reference to oral sex. Roland Emmerich might just well be the next Lars Von Trier.
In order to justify creating this post, we’ve also added the latest trailer.