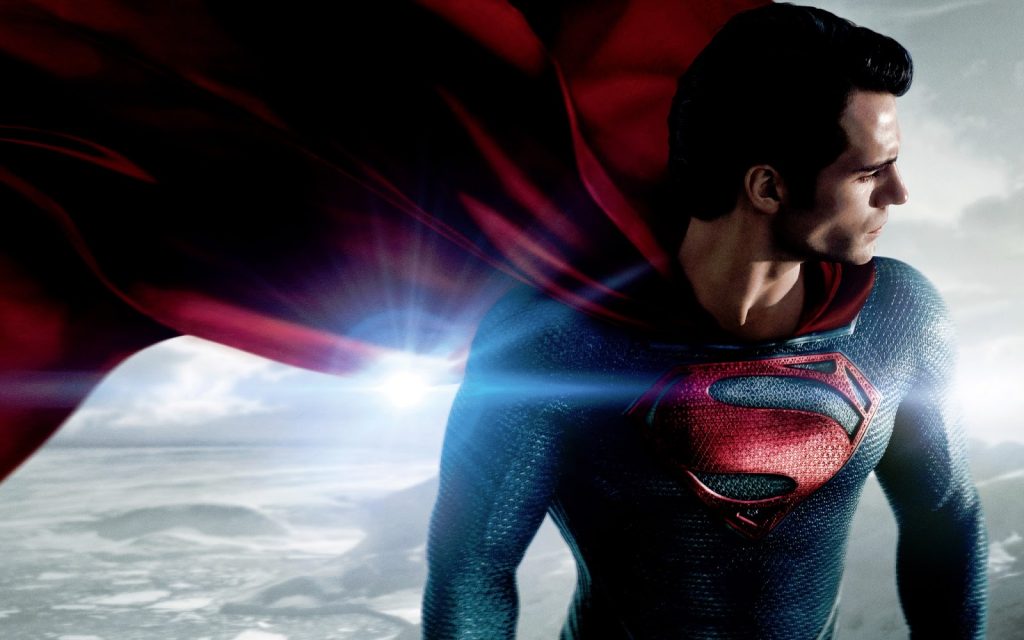 After the huge success of Christopher Nolan’s Batman trilogy, it is no surprise to see that he was drafted in to produce the Zack Snyder-helmed Superman reboot, Man of Steel. Whilst it is ultimately more exciting than Bryan Singer’s 2006 Superman Returns, Man of Steel is neither as fresh or original as many would have hoped despite a great deal of promise.

Snyder’s feature details the destruction of Krypton, where we see Jor-El (Russell Crowe) sends his child to Earth for safety. This child is raised on earth as Clark Kent (Henry Cavill) – but his superhuman abilities soon become apparent. Thirty-something years later, Kent must use these abilities to tackle Kryptonian General Zod who plans to make Earth the home for his new race.

Unfortunately for Snyder we now have countless Superhero origins stories filling up multiplexes and there is a limit as too how original one can be within the genre. David S. Goyer’s screenplay sticks to traditional origin story framework with a large proportion of the film devoted to Clark Kent attempting to find himself, scouring rural towns in isolation and getting to grips with his abilities – this results in a watch that feels somewhat generic at points. Fortunately, freshness is added in Man of Steel’s blistering, high-octane opening which details the destruction of Krypton and Russell Crowe’s Jor-El’s attempts to prevent this. Snyder feels more at home capturing the fantastic world of Krypton than he does when trying to translate the character into a more realistic setting.

There is an impressive amount of emotional depth in Man of Steel, with Goyer taking time to establish convincing relationships between Kal-El (Superman) and his father Jor-El, however it is the relationship that Kent and his Earth parents boast the most poignancy – thanks to several touching moments from Cavill, Diane Lane (Martha Kent), and Kevin Costner (Jonathan Kent) told mostly in flashback form.

One of the issues in having a character that is superhuman is that the threat of peril never feels particularly real. When we see Superman flying into Zod’s superhuman army at blistering speeds its hard to feel any great sense of excitement or tension – picture a child knocking two toy action men together and you’ll get a sense of what I mean. This can lead to the conclusion feeling somewhat tired and drawn out, although things do pick up when Zod threatens the safety of Metropolis. However, Snyder’s action scenes are slickly crafted – featuring an array of visual delights from earth-shaking explosions to Superman’s flights round the globe.

Henry Cavill breathes a fresh sense of life into the character of Superman – a character that I previously believed was simply a bit blandsome (handsome, but dull). Fortunately, Cavill completely captures that Superman is a child of two worlds – Krypton and Earth – convincing at capturing both the character’s impressive superhuman physicality and sense of humanity. Amy Adams also presents the most likeable Lois Lane since Margot Kidder’s, presenting a character that is likeable, strong and intelligent. A top notch supporting cast featuring Kevin Costner, Diane Lane, Michael Shannon and Laurence Fishburne impresses.

Whilst its hard to escape the conventions of the superhero origins tale, Snyder makes a valiant effort – packing his tale with an impressive sense of humanity and emotion. The action sequences are an equally mixed bag, slickly produced but sometimes overlong and lacking the tension they need. However, stellar performances from Cavill, Adams and the supporting cast ensure that we’ll be seeing a lot more of Snyder’s Superman.