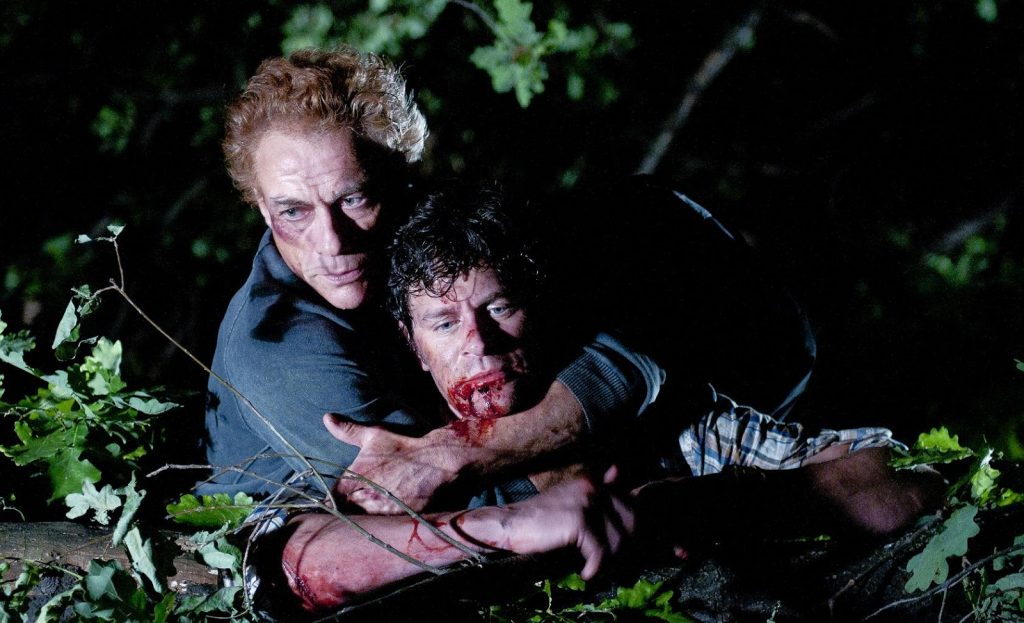 We’ve been eagerly anticipating a trailer for Jean-Claude Van Damme’s latest feature, Enemies Closer, for quite some time now – but the wait is now over. The film centres on two enemies (Orlando Jones and Tom Everett Scott) roped into fighting for their lives after they come under fire from a vengeful drug dealer (Van Damme).

Enemies Closer looks like solidly entertaining action fun – and it should be, after all we have the reassuring presence of action maestro Peter Hyams (Timecop, End of Days) behind the camera. With a solid cast lead by JCVD we are guaranteed an array of high octane set-pieces and stellar martial-arts/stunt work. But given the straight-to-DVD status of the film, we’d be more than happy with a few cheap action thrills – this doesn’t have to be The Raid, people.