The past few days have seen a barrage of trailers arrive for John S. Baird’s Filth arrive online. We thought that we could just embed the trailer in this post, but that’s not much fun, so we have painstakingly captured the ten trashiest moments from the trailer and popped them below.

Adapted from Irvine Welsh’s 1999 novel of the same name, Filth follows heavy-drinking, bigoted, substance-abusing and downright sleazy police detective, Bruce Robertson (James McAvoy). We follow his attempts to spoil his colleagues hopes for promotion, with the aim of nabbing the position himself.

Filth hits Scottish cinemas on the 27th of September, followed by a wide UK release on the 4th of October.

Blocking the Bagpipes – Being a Scottish-based site, we are often bombarded by the wailing groan of bagpipes. It’s nice to see Filth address this issue.

Children Swearing – Let’s face it, children swearing are always amusing. Even more amusing, however, are children being sworn at.

James McAvoy in Drag – Clearly not wanting to leave out any fetishists, Filth isn’t just tackling S&M – drag enthusiasts will also get to see McAvoy in this lovely ensemble.

Jim Broadbent Channeling Les Patterson – Jim Broadbent’s enhanced cranium and Aussie accent surely signal a performance that is set to be the trashiest of the actor’s career.

David Soul and Backing Singers – This is by far the greatest moment of the trailer in our eyes. David Soul is not just an acting icon, but also a musical icon – and seeing the performer belt out Silver Lady in a car complete with backing dancers, well, it’s nothing short of amazing. 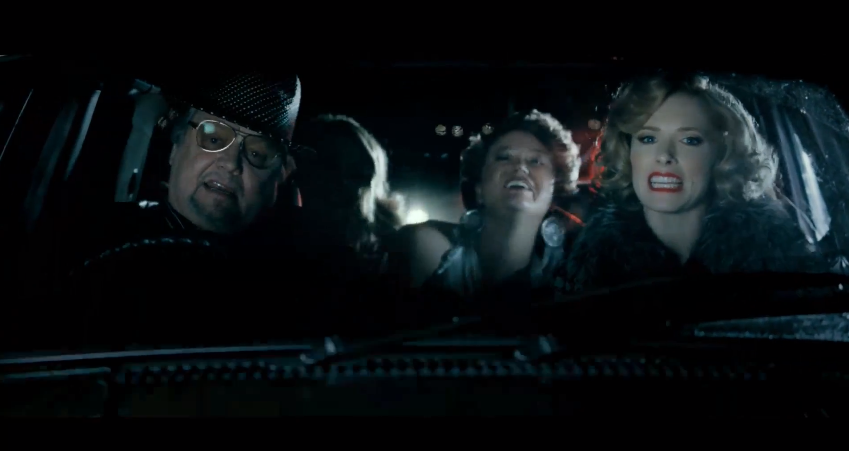 Eddie Marsan On E – Eddie Marsan may be known to most for his traditional tough guys roles, so seeing him on ecstasy in a European gay bar and let loose is a sheer delight. Check out his manic dancing with that light strip.

If you would prefer to see these images in a cohesive moving fashion, you can just watch the UK trailer below.